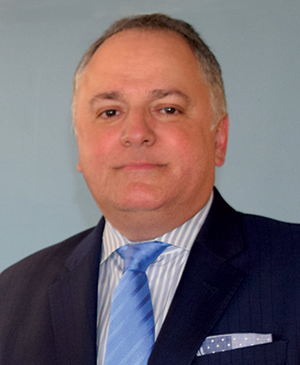 New GBTA Executive Director & COO Scott Solombrino Alexandria, Va. — The Global Business Travel Association (GBTA) announced that Scott Solombrino, has been appointed as executive director and COO, as the organization prepares for its 51st annual convention in Chicago this August. Solombrino will replace Michael McCormick, who is stepping down after 10 years at the organization to step down to pursue new opportunities. McCormick will remain in an advisory role to Solombrino and the Board to ensure a smooth transition.

Solombrino, the longtime president and CEO of DavEl/Boston Coach Chauffeured Transportation Network, recently left his position at the company after 43 years. Under his leadership, DavEl/Boston Coach grew to become one of the country’s largest privately held chauffeured transportation companies. Solombrino was the cofounder and four-term past president of the National Limousine Association. He has been a staunch force for the advancement of the ground transportation industry internationally, both through his work as president of the Allied Leadership Council for GBTA and as a member of its board of directors; positions he has held for more than 20 years.

Since assuming the position of Executive Director and Chief Operating Officer in August of 2009, McCormick led the Association through a period of unprecedented development, expansion and growth, effectively building and advancing the operation of GBTA and building its presence internationally. Under McCormick’s leadership and with the support of the Global Board of Directors, GBTA has tripled its membership and doubled its operating revenues over the past decade. GBTA has truly established itself as a global Association during this time, fully putting the “G” in GBTA and moving beyond its days as the National Business Travel Association.

“The Global Business Travel Association sincerely thanks Mike for his leadership and for his meaningful contributions for the advancement of our organization,” said Christle Johnson, GBTA President. “When selecting the most qualified individual to serve as executive director and COO, the board of directors could not have chosen anyone more experienced, knowledgeable and respected than Scott. We gratefully appreciate his willingness to take on this pivotal role, and the Board is absolutely confident that Scott will lead GBTA into the future with great accomplishment, distinction, and success.”