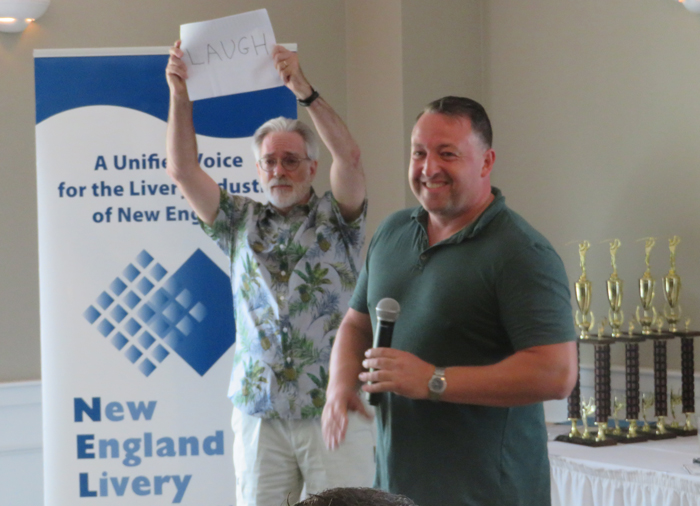 NELA Executive Director Rick Szilagyi (left) and President Jason Dornhoffer of United Private Car Marlborough, Mass.—It was a turnout befitting the 20th year that the New England Livery Association (NELA) has hosted its annual George Colarullo Memorial Golf Tournament: On August 6, more than 90 golfers and over 100 dinner attendees came from all over the country for a day of friendly competition and industry togetherness. Among them was CD Publisher Chris Weiss, as Chauffeur Driven was once again the event’s breakfast sponsor.

With volunteers from the association and industry at large making sure the event began—and then ran—without a hitch, it was a team effort to make sure the golf outing welcomed its second decade with the networking, socializing, and industry solidarity among operators, vendors, friends, and family that the event is known for.

Once the golf tournament was over and everyone was sitting down to the evening’s lavish dinner, the winning teams were announced: 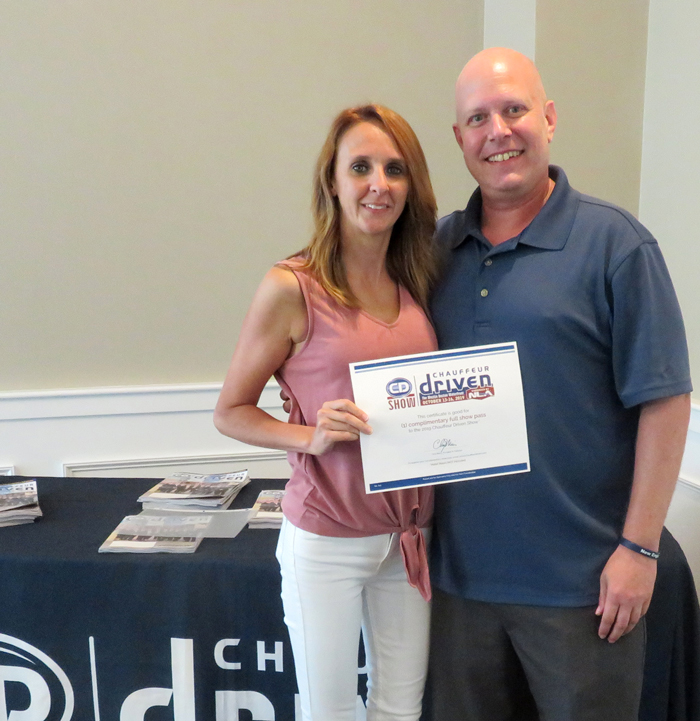 Individual prizes were also awarded, which recognized an array of personal accomplishments on the green: 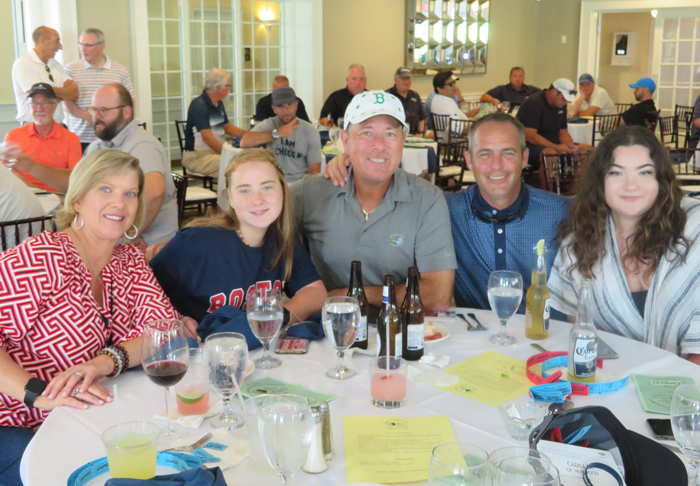 Supporters came from across the country, including the Canady family from South Carolina, pictured with NELA Immediate Past President Michael Callahan of Able Limousines The winning streak continued when the day’s haul of prizes was raffled off, which included Lynda Saitta of Momentum Drives winning a pass to the CD/NLA Show in Boston this October 13-16.

Check out the September issue of Chauffeur Driven magazine for expanded coverage of this event—including tons of exclusive photos.

Next up for NELA is its quarterly fall meeting, scheduled for September 10.