Boston — With on-point education and speakers, an action-packed show floor, electric nightlife, and an unforgettable charity event (including our first ever Hall of Fame induction), we’ve put the wraps on the 2019 CD/NLA Show, held October 13-16 at the Westin Boston Waterfront. Many thanks to all of the attendees, exhibitors, speakers, moderators, mentors, committee members, and sponsors—including Title Sponsors Ford-Lincoln Limousine & Livery Vehicles and Grech Motors—for making the show possible! 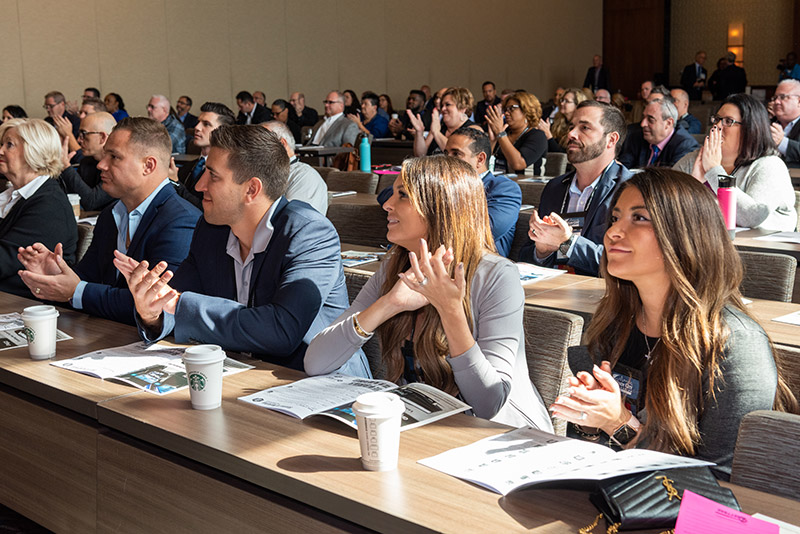 Over 1,700 industry professionals from around the globe were in attendance, which not only gave us the opportunity to meet countless new faces, but also let us reconnect and spend time with many of our long-standing industry friends and peers. As the first show to be produced along with our new partners in the NLA, we couldn’t be prouder of the overwhelmingly positive feedback we’ve received—both during and after the show. Special kudos to the dynamic duo of Director of Events Jess Pavlow and new Events Coordinator Alyssa Penecale, who worked tirelessly to make our event in Boston an enormous success.

Our stellar CD/NLA Show Education Committee—led by co-chairs Jason Sharenow of Broadway Elite Worldwide and Tracy Raimer of Windy City Limousine & Bus—put together a curriculum that  was loaded with timely and valuable sessions that proved to be beneficial to operators of all sizes and markets. Whether it was creating longevity for your team, getting the low-down on social media for your business, or even taking part in the rousing and competitive Owner’s Game, the Boston show was loaded with immediate takeaway designed to improve your operation. 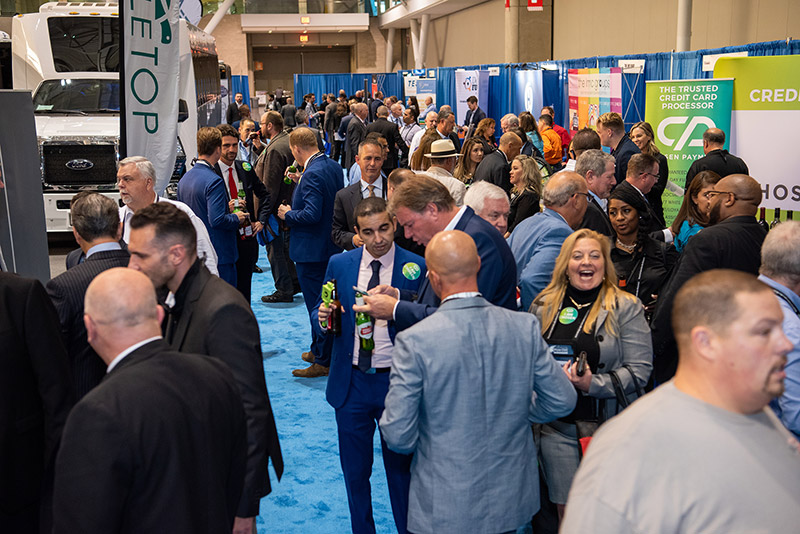 “This was my first time attending a Chauffeur Driven Show and I was blown away. From the networking to the educational courses, overall it was a great experience,” said Aaron Teich of The Driver Provider.

But, as always, networking was the name of the game, as opportunities to share and learn among peers were in abundance. Dedicated events like our bustling Affiliate Central Global Partner Forum, perennial favorite Operator Mentoring Program, and our always-popular Women in the Industry Networking Breakfast were all met with raves from our attendees. Moreover, the Association Summit highlighted the advocacy and efforts made on behalf of the industry by the leaders from industry associations around the country. With this lineup, and ample opportunity for some face-to-face time at the Westin’s lobby bar or restaurants, Chauffeur Driven Show veterans and newcomers alike were sure to make some fresh connections. 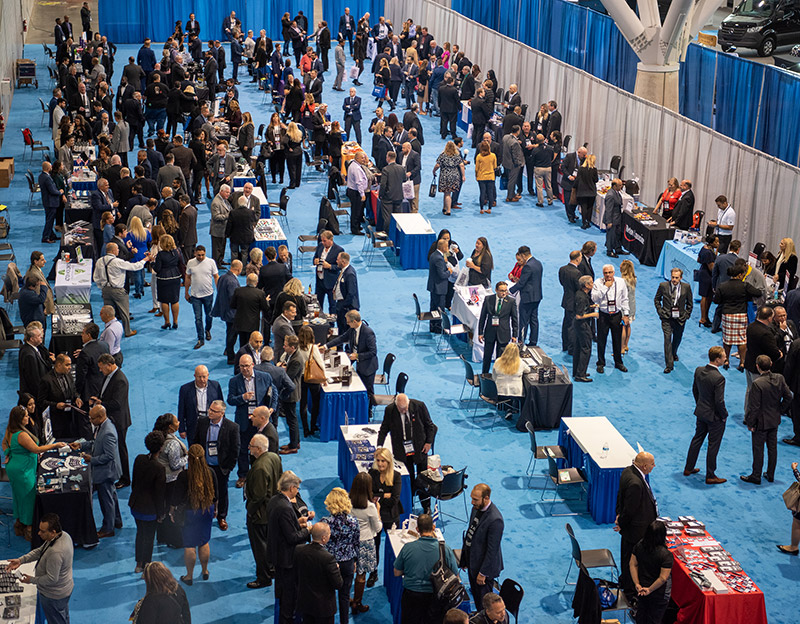 “Chauffeur Driven has created an event that was just as rewarding to the newcomers like myself as it is to the long-time companies that have attended in the past. The networking opportunities that I was able to experience still have me answering emails from prospective affiliates from around the globe,” said Joseph Robinson of Best in Chauffeur.

“Great association summit!” said Christina Davis of the Dallas Fort Worth Limousine and Motorcoach Association. “Thank you to everyone for sharing what your associations are working on, and your ideas for increasing membership.” 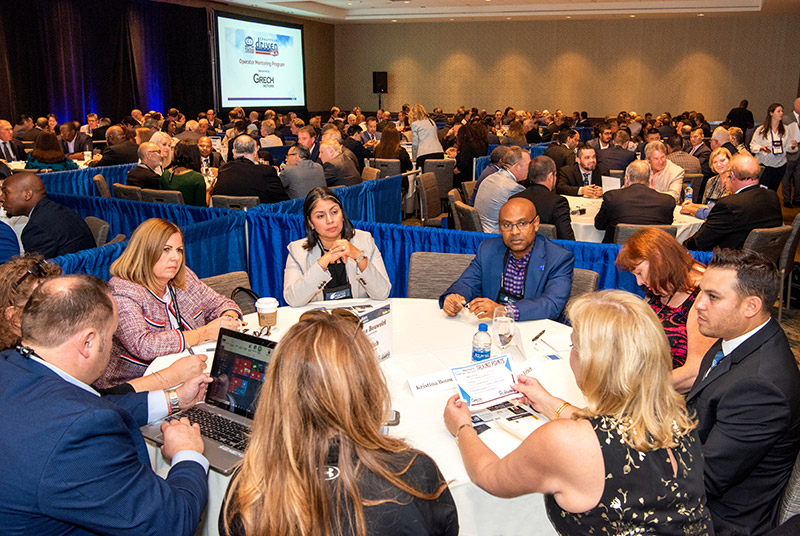 While the convenience provided by the Westin Boston Waterfront and the connected Boston Convention & Exhibition Center no doubt contributed to the traffic seen on this year’s enormous show floor, lunches, and a centralized bar area certainly added to the fun. In addition, the Digital Passport promotion was an instant success, giving operators an extra bit of encouragement to get some face time with new vendors, while earning the chance to win a pass and accommodations to all CD/NLA events in 2020. Congrats to Britt Kirk of All Points Limousine, who hustled her way to winning the $4,000 grand prize. After a long day of education and walking the show floor, the NLA lounge offered attendees a place to recharge their batteries—literally and figuratively. Comfy seats offered folks the chance to rest their legs while a charging station let them juice up their phones.

“I have two words to describe 2019 Chauffeur Driven Show: ABSOLUTELY AMAZING,” said Ariadna Noches of Mundi Limousine. “Great location, and the content of the sessions and show floor were great, too.” 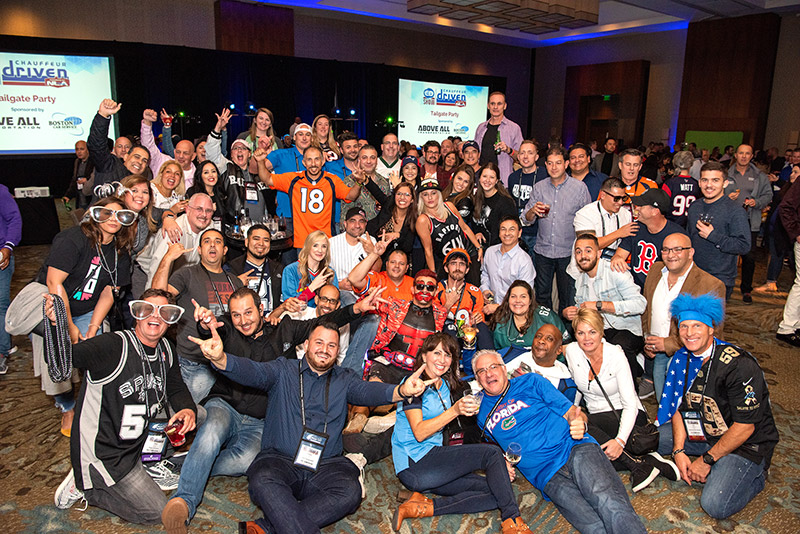 The networking and camaraderie continued into sundown as our always-popular nightlife events raised the roof. On Sunday evening, attendees were welcomed into the Westin’s outdoor pavilion for a jam-packed Opening Night Reception sponsored by Mercedes-Benz. Then on Monday, it was game on when the hotel’s grand ballroom was host to a one-of-a-kind tailgating party, courtesy of Above All Transportation/ Boston Car. Attendees got to show off their favorite local sports jersey while playing arcade-style games and watching Monday Night Football on a big screen.

A true highpoint of the show was Chauffeur Driven’s Hall of Fame Dinner & Charity Auction. In 2019, it was all about the kids, as CD and charity dinner co-sponsors Aadvanced Limousine and Chosen Payments were thrilled to have partnered with Ronald McDonald House Charities as our spotlight cause. We are proud to announce that we raised close to $130,000 at this year’s event, thanks to the staggering generosity of our attendees, item donors, and CD Charity Committee, not to mention the lightning-fast calling of guest auctioneer Paul Thompson of Accent New Mexico. 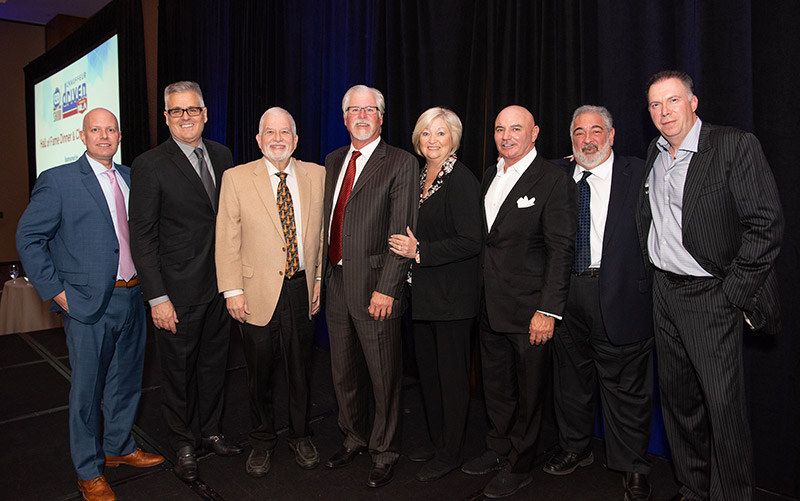 However, our most impactful event of the show got better with the introduction of new tradition: the Chauffeur Driven Hall of Fame. For our inaugural event, we honored six trailblazers whose influence has been felt industrywide: Sam Amato of Gateway Global, Barbara Chirico of Gem Limousine, Ed Grech of Grech Motors, George Jacobs of Windy City Limousine & Bus, Dawson Rutter of Commonwealth Worldwide, and David Seelinger of EmpireCLS Worldwide. Between the support for Ronald McDonald House and the heartfelt speeches delivered by our honorees, there wasn’t a dry eye in the house by the dinner’s end.

“The Chauffeur Driven Show was a fantastic networking experience and I’m so thankful that I could attend,” said Wendy Kleefisch of Brevard Executive Limousine. “The charity event was a night to remember, as the Ronald McDonald House is a beautiful charity. I can’t wait to see what CD has in store for us next—I’m sure it will be great!” 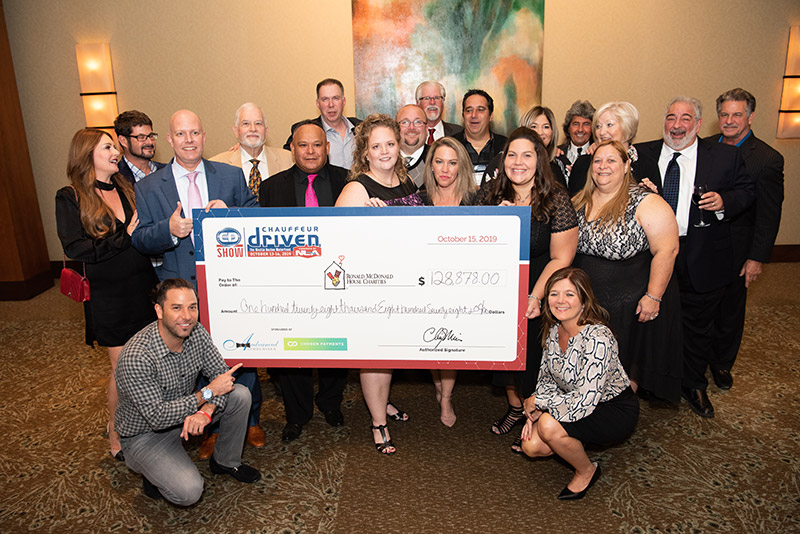 If you missed this fall’s CD Show in Boston, have no fear. Things are already revving up for the debut of the new CD/NLA Show in Las Vegas, our inaugural co-produced event for the global transportation community. Themed “New Horizons,” that’s exactly what you can expect with our bigger and bolder debut event. The beautiful Mandalay Bay Resort & Casino is the place to be this February 23-26, 2020. We’re especially excited to have best-selling author and #1 sales coach Grant Cardone as our keynote at the Vegas event!

“This show is the best opportunity to grow your business! Global contacts, excellent guidance, and a show with every product you will even need to be successful. The best education for the money,” said Bruce Adcox of Agenda: USA.