NLA Holds First Board of Directors Meeting of 2021

The National Limousine Association (NLA) held its first board meeting on January 28 via Facebook Live. Members from around the world were invited to view and take part in the event, and let their voices be “heard” through the comments thread. The full meeting can be heard here.

To kick off the meeting, NLA President Robert Alexander of RMA Worldwide acknowledged the dedication of three board members who are leaving after impressive tenures. Laura Canady of SC Express, Jeff Greene of Greene Worldwide Transportation, and Don Mahnke of ABC Worldwide Transportation were each cited for their hard work during their time on the NLA Board. Alexander thanked them and said the “NLA will forever be a part of them.”

New board members Shawn Glasgow of Peak Limousine, Joe Reinhardt of Carolina Limousine & Coach, Jeff Rose of Attitude New York, and Dave Uziel of UrbanBCN were each given an opportunity to thank the members for their votes and support, and share a bit about their plans. 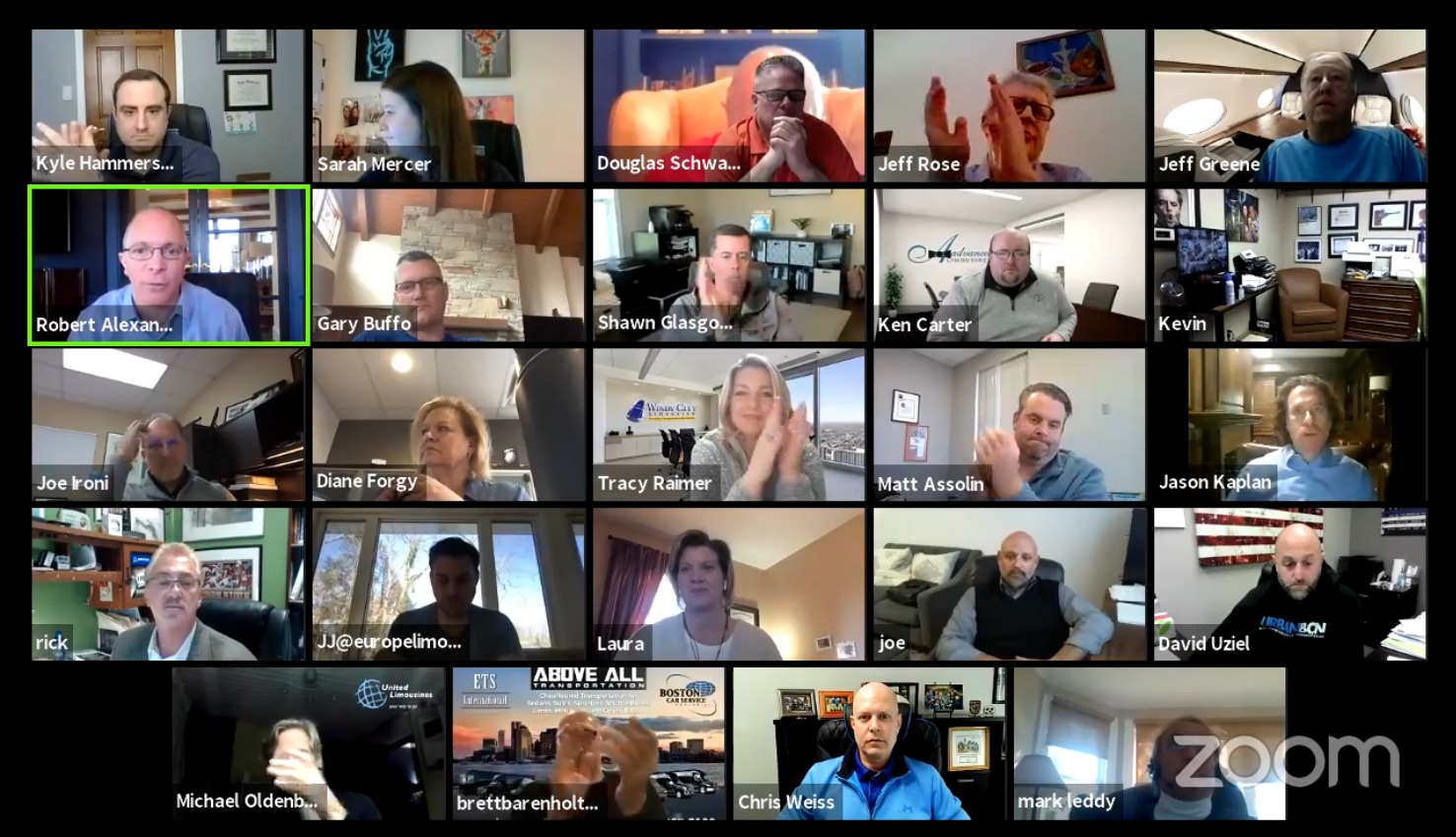 Next, vendor directors were given the spotlight. Kim Johnston of Ford-Lincoln talked a bit about the new Navigator and Aviator vehicles, followed by GM’s Mark Leddy, who shared some big news about the OEM’s future. With electric vehicles gaining traction in the market (and our industry), Cadillac and its sister brands have pledged to go fully electric by 2035. Leddy pointed out that this is not only “greener” but maintenance costs, short of tires, will be greatly reduced. Alexander then shared the news that longtime vendor director AJ Thurber of Grech Motors graciously stepped down from the position citing Grech’s pivot into the RV market. The NLA Board offered Thurber a virtual round of applause and acknowledged Grech Motors’ history of support for the association. Finally, CD President Chris Weiss expressed his optimism for the partnership’s first in-person meeting since the beginning of COVID with the October 10-13 CD/NLA Show at the Gaylord Texan Resort & Convention Center in Dallas.

Lots of positive buzz was heard during the NLA Committee updates. Each of the groups offered some good news resulting from their hard work. Whether it was the ever-growing list of NLA Affinity program partners or success with electronic voting for board members, each committee had encouraging news during otherwise dark times for the industry. The Public Relations Committee, headed by Jason Kaplan of The Driver Provider and Rick Versace of A1A Airport & Limousine Service, shared that the Evins Communications, the NLA’s PR firm, has agreed to slash their fee in half with no intention of slowing down the work they do for the organization. Also, Legislative Committee Chairs Matt Assolin of Nikko’s Worldwide and Brett Barenholtz of Above All Transportation/Boston Car informed members that Iowa has mandated that drivers using app-based platforms (i.e., TNCs) must have commercial insurance whenever the app is on. This is big news for the state, and was passed thanks to efforts made by NLA member Scott Woodruff of Majestic Limo & Coach.

In what might be the association’s biggest news in years, the NLA recently announced a new program to offer health insurance to member operators. On February 1, Alexander was joined live on the NLA’s Facebook page by two representatives of World Insurance Associates to discuss the plan and how to enroll. He encouraged operators and their staffs to fill out a health questionnaire (deadline is February 15) in order for the plan underwriters to determine a rate. Alexander emphasized that filling out the form is NOT a commitment; however, the more people that participate in the survey, the better the rates for coverage. It is estimated that operators could save between 10 and 40 percent on their current health coverage.

The NLA will be holding officer elections during its meeting on February 17. Members interested in running for one of the five positions should notify the NLA Board before Friday, February 5. Alexander announced his intention to continue serving as president for another year, which was met with enthusiasm.

Jeff Brodsly of Chosen Payments will also present a special webinar, moderated by Bill Faeth of Limo U, on industry trends year over year vs. COVID, what is working and what is not, and more on February 10 at 12 p.m. ET on the NLA's main Facebook page.