Charlotte, N.C. —When nearly 12,000 members of the international African-American sorority, Alpha Kappa Alpha (AKA), took to Charlotte, N.C., from July 12 to 18 for the organization’s 66th Annual Boule, Certified Limousine Service was ready to cater to the sisterhood’s every need during the international conference, serving as AKA’s exclusive transportation provider.

Certified Limousine’s President and CEO Tamekius Breland says that the partnership was “a long time in the making,” with AKA selecting its chauffeured ground transportation company in October 2013 after exhaustively researching its options. 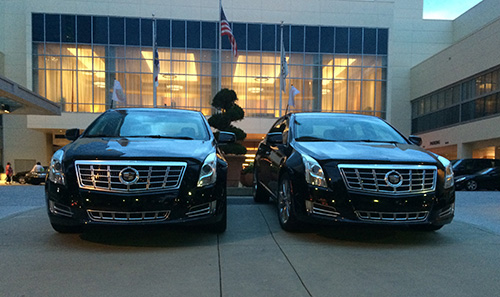 “The sorority was looking for African-American companies to work with in Charlotte,” Breland says. “About a month or so after they reached out to us, we started negotiating a contract.”

While Certified Limousine did enlist the help of a few other local limousine services so as to not disrupt daily business, it designated “upwards of 40 cars” for AKA’s private use - which included outfitting both the outgoing and newly appointed sorority presidents with their own vehicles. It was Certified Limousine’s willingness to extend the services AKA was looking for, offer personal touches and meet specific requests that set them apart from the rest.

“The president of the sorority really wanted someone to be able to connect with her as well as the other members that were coming in,” Breland says, adding that Certified Limousine’s ability to track its vehicles so the sisters could immediately locate a car without waiting certainly helped, as did being able to allocate a few employees to AKA’s needs exclusively during the members’ stay in Charlotte. “We actually had people dedicated to their event, and they could call in and speak directly to them.”

With thousands of sisters—and a few celebrity guests, like singers Brandy and Babyface, and comedian Jonathan Slocumb—occupying 27 hotels and the boule’s myriad events taking place at locations all around town, such as the Charlotte Convention Center, the Carole Hoefener Community Services Center, and a number of museums, the Certified Limousine fleet was constantly on the move.

“It was pretty much all over the place,” Breland says. “We went from those hotels to the convention center to the university, which is Johnson C. Smith—they did a tree-planting over there. They went to one of the cultural centers, they did something for the kids.”

Going the extra mile, right on down to supplying each car with napkins in the sorority’s trademark pink-and-green color scheme, is the kind of personalized service for which Certified Limousines prides itself—which paid off when the sorority expressed interest in utilizing its services again in the future.

“They actually asked us to come back to do their 2016 and 2018 transportation. And possibly, possibly being their transportation provider for all of their events going forward. So it really worked out,” Breland says. “We made an impression on them. That felt great.”