The new facility, which is expected to open in 2022, will be VMC’s first US assembly plant for the company’s growing line of electric, CNG, gas, and clean diesel vehicles. Operations at the facility will include Buy America compliant assembly, pre-delivery inspections, research and development, as well as general technical work and servicing. 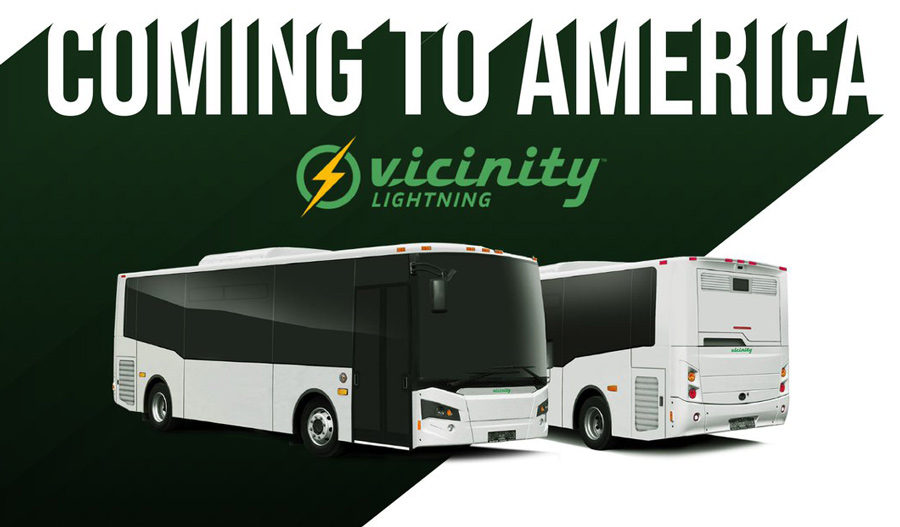 “Support from the State of Washington and the local community has been instrumental to this launch, and we are honored to be celebrating the occasion with the Governor of Washington, Jay Inslee. With their support, we are privileged to expand our workforce in the United States by adding an expected 30 new jobs to start with, and the ability to increase personnel as demand grows,” said Trainer.

“As Vicinity’s US distributor and close partner, we are excited to attend the ceremony, and to offer the exceptional Vicinity product line to our customers throughout the United States,” said Cornell. “Infrastructure, transportation, and clean energy have never been more important, and the vehicles rolling off this production line and into the fleets of ABC Companies’ valued customers will play a key role in shaping the future of public transit.”