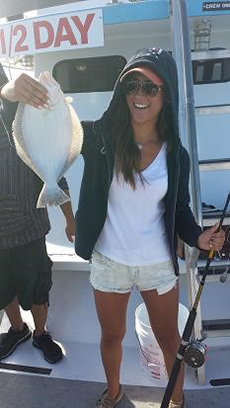 Babylon, N.Y. — More than 20 members of the Long Island Limousine Association (LILA), their chauffeurs, and family members were treated to the reprise of a tradition on Aug. 19 when the association’s annual fishing trip made its first appearance after a four-year hiatus. 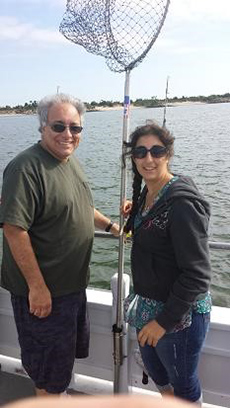 Bill Goerl, a LILA board member and the organizing force behind the fishing excursion, says that while his fellow association members had periodically expressed interest in bringing back the event, it took some angling from an unexpected source to really get things going again.

“My daughter’s actually the one who egged me on. She kept asking about when we were going to do the fishing trip again, so that’s kind of why we put it together,” he says. “Robert Cunningham [of Platinum Limousine] is the current president, and he gave the okay to bring it back.”

The outing began nearly a decade ago as an opportunity to foster lighthearted camaraderie among LILA members during a rough patch of gloom-and-doom news—with “so much going on in the industry today,” Goerl says that an afternoon of high spirits and leaving work matters at the shore is still very much a necessity.

“It’s a fun day’s fishing trip: no business, just a gathering open to all members, their families, and their guests,” Goerl says. “It’s a day for bonding with the people we work with.”

The summertime tradition was met with a number of successful catches during the four-hour boat trip on the Captree Boat Basin, located on the south shore of New York’s Long Island. Fluke, sea robins, and even a few crabs comprised the LILA bounty, with Sal Curiale of All County Limousine and his daughter Janine reeling in the day’s biggest catch, an 18.5-inch “doormat fluke”—called so, according to Goerl, “because it’s so big it’s like a doormat.”

And Allan Cunningham, the son of LILA’s president, even caught his first fluke during the trip. “Allan was so excited about the fishing trip, it was apparently all he talked about for the three weeks before,” says Goerl. “He actually caught a keeper. He was mesmerized by it.”