On Thursday, December 16, the New England Livery Association (NELA) held its holiday quarterly meeting at the Kowloon Restaurant in Saugus, Mass. Approximately 70 people attended the event, including some who traveled a distance to be there, such as Chris Przybylski of LBC Fleet and David Eckstein of Valera Global. 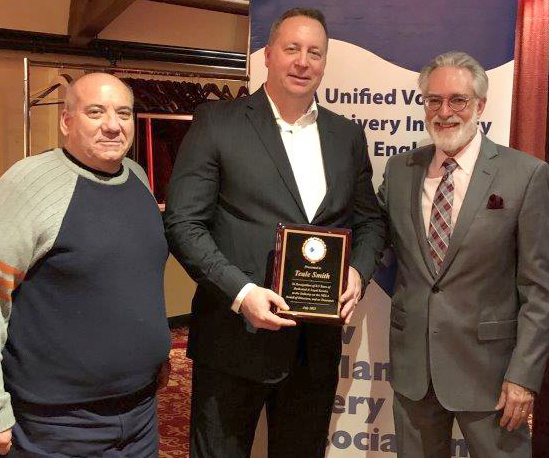 Hosted by NELA Executive Director Rick Szilagyi, several NELA board members made presentations during the meeting, including NELA President Joe Cardillo of AOT Global, Brett Barenholtz of Above All Transportation/Boston Car Service, and Mark Kini of Boston Chauffeur.

After Szilagyi offered appreciation for the members of NELA’s Quarterly Meeting Committee, he turned the mic over to Cardillo who thanked Szilagyi and the team at Lexian Management for all they do to support the association, as well as attendees for making a very strong showing. Cardillo reminded everyone of the mission of the NELA, focusing on how the association assists both operators and vendors by strengthening the industry, supporting both sides to continue its mission. He also asked for members to consider running for a board seat or working on a committee before closing with an overview of the great programs the NELA has rolled out and will continue to roll out with TIEF funds.

Cardillo and Szilagyi then presented Teale Smith of Maine Limousine Service with a plaque in thanks for his more than eight years of service on the NELA Board of Directors, including time as Treasurer. 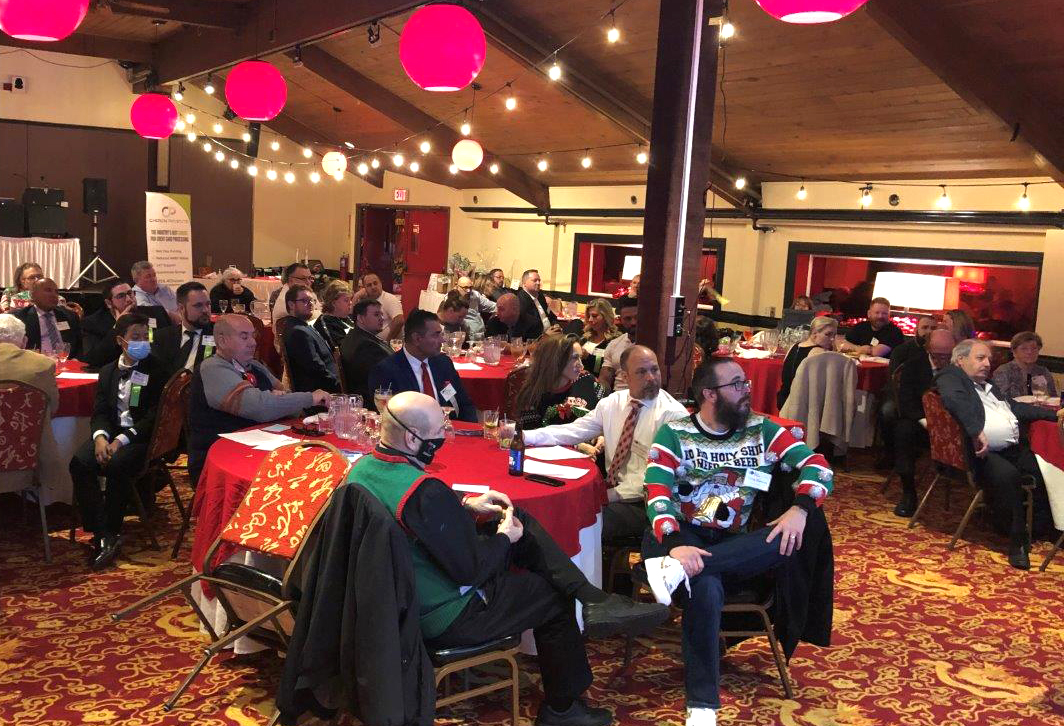 Next up, Barenholtz had attendees give themselves a round of applause for soldiering on during the extreme challenges the pandemic has inflicted on the industry, followed by a moment of silence in memory of NLA Board Member and friend Ken Carter of Aadvanced Limousine, who passed in early December at the young age of 40. 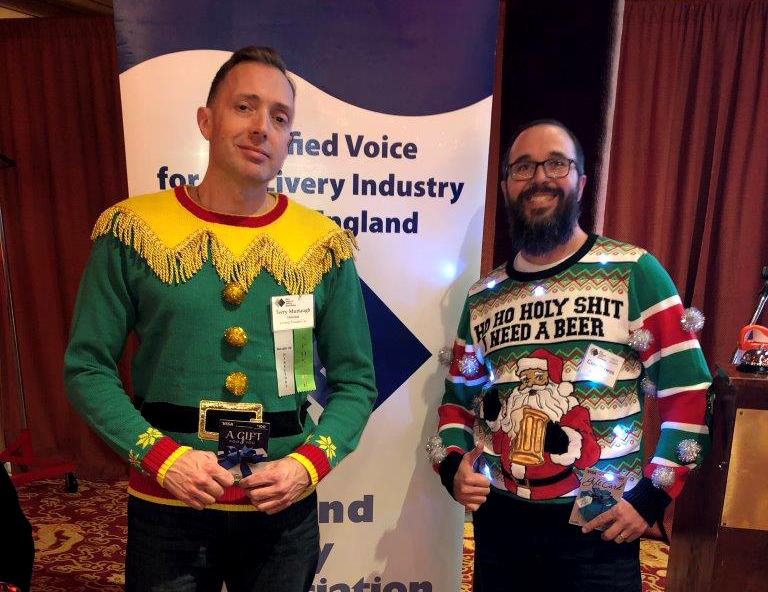 He also extolled the efforts of the NLA’s and NELA’s lobbying firms especially during the past two years.

NELA Board Member Kini next discussed the huge opportunity that operators have relative to the Employee Retention Credit, and shared his personal experiences with it. He recommended that Mass. operators take advantage of all the benefits currently on the table. 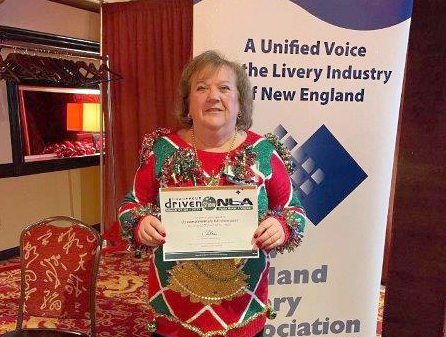 Barenholtz, Kini, and Szilagyi also discussed their recent meeting at Logan Airport, where new traffic patterns were reviewed and each of the four terminals were visited. Barenholtz noted that once construction is completed, terminal exits impacting on each other will be a thing of the past. In the meeting with Logan Airport management, Kini and Barenholtz helped to identify areas where improved limo signage was needed.

Before the end of the evening, prizes were awarded for the Ugly Christmas Sweater contest, which were won by Terry Murtaugh of United Private Car and Greg Hawes of Boston Chauffeur. Finally, a pass to the 2022 CD/NLA Show in Vegas was raffled, and was won by Tina Benson of LA Limousine Service.

More information about the meeting can be found here.