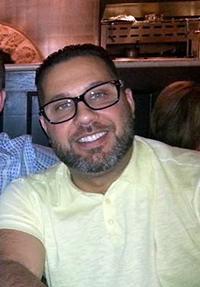 CEO of CLI Worldwide, Joe MagnanoLaguna Hills, Calif. — CLI Worldwide Transportation President and CEO Joe Magnano has announced the acquisition of Laguna Beach, Calif.-based Beach Harbor Limousine. Beach Harbor, a boutique operation that has been in business since 1988, was sold by owner Nancy Lindsay earlier this year to Magnano.

According to the press release circulated on social media: “Combining these two companies provides customers of both with an extensive portfolio of logistical ground transportation and business service available. Both companies have considerable talent and experience in all areas of the ground transportation industry.” Beach Harbor will operate under the CLI Worldwide Transportation brand moving forward.

Magnano has been growing his brand, which was once known as California Limousines, for more than a decade through acquisitions around the Orange County area. His most recent acquisition was Blue Moon International, which also gave CLI its new vice president of business development, Mark Stewart. Stewart was the former president of the Greater California Livery Association.

Magnano is also a member of Spinning Wheels, an education and leadership group specific to company owners, which is facilitated by Driving Results.