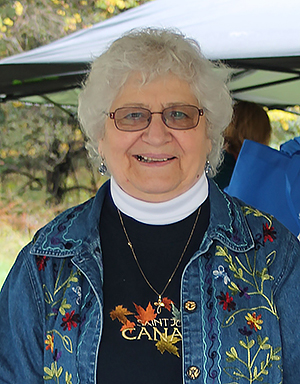 Barb Simkus, pictured here at ILA's inaugural Chauffeur Appreciation Day held this past October, recently retired from the association after serving as its secretary for 28 years. Chicago — From airport regulations to legislative meetings to wishing its longtime secretary a fond farewell, 2015 has been—and promises to be—a busy year for the Illinois Limousine Association (ILA).

Zero Dwell Time, a policy that O’Hare International Airport let remain largely unenforced until recently, has been in effect since January 5. The regulation will see increased enforcement efforts at the airport, which means that chauffeurs must promptly pick up and drop-off their passengers to avoid tickets. The policy’s resurgence is O’Hare’s response to congestion at the terminals.

ILA President Tracy Raimer and Vice President/Legislative Affairs Chair Greggory Eggan recently met with State Representative David Harris to both foster a relationship with a state legislator and stay as up-to-date as possible on state initiatives that may have significant impact on the chauffeured ground transportation industry. They are continuing to make appointments in the Chicago region with industry leaders.

In his correspondence with Harris, Eggan elucidated the following points on behalf of ILA: TNC vehicles should be required to carry commercial primary insurance cards; the association remains unconvinced that placing an insurance claim with a TNC won’t cause confusion for the public; from a safety standpoint, there needs to be a way to identify both vehicles and their drivers as appropriate for ride-sharing; and the state law should take priority over lesser locally enforced rules. Additionally, ILA is in favor of the portion of rolling stock exemption for 10-15 passenger vehicles to accurately reflect gross vehicle weight limits.

The association has also recently bid adieu to its hard-working and dedicated secretary of 28 years, Barb Simkus, who has retired from the ILA but not the industry. She will continue to work part-time at A-1 Airport Limousine Service in a public relations capacity, a role she has held for the past six years.

ILA is currently seeking volunteers to assist with its Meeting Planning Committee, which is responsible for coordinating and hosting the association’s membership meeting. The association’s other plans for 2015 include: a website overhaul; expanding ILA’s role as an advocate for the industry on both the statewide and national levels; hosting educational and networking events according to members’ needs, as well as a luncheon for new members; and expand its membership to include more of the Midwest region.

ILA’s spring meeting will be May 20.