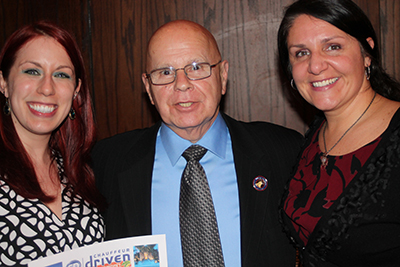 PRLA Vice President Robert Euler of King Limousine ran the meeting, which began with a treasury report before Vendor Member Pete Corelli of Lakeview Custom Coach reported on issues as they pertain to those operating in New Jersey, as Corelli also serves as the PAC Chair for Limousine Association of New Jersey.

Corelli was among those who traveled to the New Jersey state capital of Trenton a week after the meeting to oppose the current form of Assembly Bill 3765, a bill that passed March 19 and will impose restriction on TNCs—but not to a degree that satisfies much of the livery industry. At the meeting, he warned that the then-proposed bill “might not be exactly what we want but it might just be a happy medium.” Corelli also noted that “it’s amazing how many of the legislators” to whom he and others had been speaking on behalf of the industry “aren’t aware of the safety issues” posed by unregulated transportation companies, adding his voice to the many who, throughout the meeting, would emphasize the importance of speaking to elected officials as a unified force.

Jim Schantz, a legislative assistant from Pennsylvania Senator Lisa Boscala’s office who has worked with the industry before, also spoke at the meeting. Schantz expressed his regret that he “wouldn’t be surprised” if state operators soon found themselves paying a new state tax, as well as his surprise that the Pennsylvania Public Utility Commission granted any TNC operations in Philadelphia. He implored state operators to meet with elected officials, saying that “sometimes, the government doesn’t know how bad a situation is until they’re told about it.” Schantz also spoke of what a diverse state Pennsylvania is, and that its rural areas often don’t know about the more urban issues that accompany TNC operations. 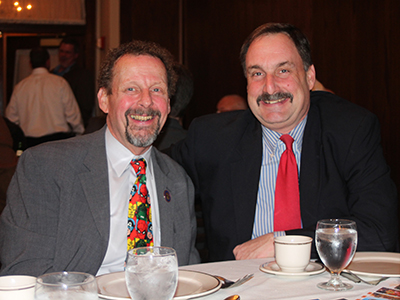 Chauffeur Driven’s Industry and Brand Ambassador (left) Philip Jagiela and PRLA Vendor Member Steve Edelmann of Royale Limousine Schantz recalled his previous experience with the PRLA, saying that he was “heartbroken” when a bill in the industry’s favor failed to pass in 2006. Before ending his address to the PRLA members and supporters in attendance, Schantz vowed that he was backing the association all the way. “I’ll pledge my support to get you back to that first step, to help get you those meetings in Harrisburg and City Hall,” he said. “Their disregard for Uber and Lyft is disrespect to the consumer. I’m here to help present your side of the story and your concerns.”

Mike Barreto of Flyte Tyme Worldwide Transportation introduced the seven-year issue of credit card acceptance at the Philadelphia airport, which has recently been resolved. “We’ve religiously been going to airport meetings,” he said. “We’ve had such a dynamic relationship with them over the years, and it’s good to see the light at the end of the tunnel here.”

After going through the final testing phases throughout March, it is anticipated that the airport will begin accepting credit card payments on April 1—and to encourage using credit cards as much as possible, business checks will no longer be acceptable methods of payment.

According to Charles Newkirk, the director of operations for Parkway Corporation, which manages the airport’s limousine lot, this is the last step in a server upgrade to the Airport AVI program, which will also allow account holders to: view their account balances; fund their AVI accounts online via credit or debit cards on computers, smartphones, and tablets; upload their required credentials; and manage their fleets, so long as they can provide proper documentation.

Barreto emphasized that, in its role as the airport’s gatekeeper, Parkway’s job “is to keep the riffraff away,” and has worked well with regulated ground transportation companies in the past.

“We work hard for the people we work with,” Newkirk added.

The next PRLA meeting is scheduled for April 8.