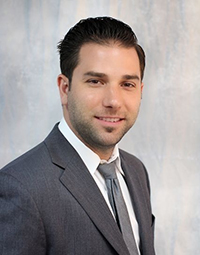 Jeff Brodsly, President of Chosen Payments Moorpark, Calif. — As covered in this month’s issue of Chauffeur Driven, Chosen Payments was instrumental in foiling an ongoing credit card scam. The individual, Charlie Barbero, used expired credit cards to stay at high-end hotels and use luxury chauffeured transportation. When the company would attempt to run the card, it would come up as declined. Barbero would claim to contact the credit card company, and he would provide a so-called “offline authorization,” which was fake. The credit card processor would deposit the money in the account of the company as normal. Weeks or months later, the bank would discover the error, leaving the company on the hook for upwards of thousands of dollars with Barbero long gone.

Barbero pleaded guilty to identity theft and possession of a stolen vehicle in late June. A local Los Angeles television news show, News 10, covered the case, including an interview with Jeff Brodsly, president of Chosen Payments. You can see the video clip of the story here.