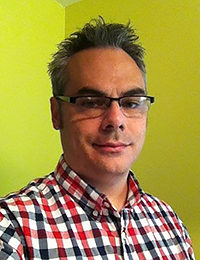 A graduate of Rutgers University—with a B.A. in English and minor in journalism—Smentek is a seasoned publishing professional with a diverse background that includes editorial work for academic publications, marketing agencies, and mainstream periodicals.

Prior to joining CD, Smentek was lead copy editor at an award-winning branding agency whose clients included several Fortune 500 companies. In addition to proofreading all agency work, he served as project manager for the annual publication of a massive pharmaceutical formulary, and was instrumental in successfully transitioning this 1,000-page handbook into an online-only resource. Before that, Smentek spent eight years as senior project editor at a medical publishing house where he was hands-on in all aspects of book production, from proofreading to page design and layout.

A self-described “nerd,” Smentek is a freelance proofreader on a series of award-winning magazines that cover the comic book industry for Raleigh, N.C.-based publisher TwoMorrows. And in addition to his editorial work, Smentek is a longtime musician whose songs have been featured on SiriusXM and Jet Blue in-flight radio.

Though new to the chauffeured ground transportation industry, Smentek is enthusiastic about joining the CD team. “This is an exciting industry, and I’m looking forward to learning the ins and outs of the business. And there isn’t a better place to learn the biz than Chauffeur Driven,” he said.