Solombrino brings a wealth of experience having served in this role under the previous six GBTA Presidents. Solombrino founded his first chauffeured transportation company in 1978 before acquiring Dav El Chauffeured Transportation Network in 1984. In 2014, he was named chief executive of the combined operations of Dav El chauffeured car service with Boston Coach, with 1,800 owned vehicles, 3,100 employees, and projected annual revenue of $250 million. Solombrino is one of a select few to win GBTA’s Industry Icon Award and is a two-time GBTA Allied Member of the year winner. He is also a four-time President and founder of the National Limousine Association as well as founder and past president of the Massachusetts Limousine Owners Association. He has served and currently serves on numerous other boards as well, both business- and philanthropy-oriented. 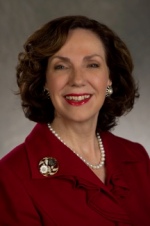 Dorothy Dowling Since joining Best Western in 2004, Dowling has reenergized the Best Western Rewards loyalty program, grown the brand’s market share, and undertaken several groundbreaking initiatives. Now at the helm of a comprehensive global brand refresh for the iconic Best Western brand, she was recently named the 18th most influential CMO in the world in the Forbes/ScribbleLive/LinkedIn’s 4th Annual CMO Influence Study. This marks her second-straight appearance on the list as she moved up from 27th last year to 18th this year and she is also the third highest ranked female CMO. In addition, she serves on the North American board for the U.S. Travel Association, and currently serves on, and is the former chair of, the Hospitality Sales and Marketing Association International (HSMAI) Americas Board and is past president of HSMAI Canada.

“I am pleased to welcome Scott and Dorothy to the GBTA Board of Directors,” said Johnson. “Our industry is undergoing a period of rapid change and it is more important than ever to have veteran leaders with diverse experiences, across multiple industry verticals, helping lead the way as the voice of our allied community. As the allied side of the industry goes through this period of consolidation, the ALC has been tasked with developing and implementing innovative ideas in the upcoming year to help GBTA continue to evolve as an organization on the cutting edge.”

Johnson added, “The ALC represents GBTA’s allied members by acting as a voice for the allied community within GBTA, and also works to assure a strong allied and GBTA relationship to address common issues facing the travel industry. As a volunteer-led organization, it’s important for the ALC to drive ideas that enable GBTA to be responsive to our members’ changing needs. As industry leaders, I am confident in Scott’s and Dorothy’s abilities and expertise to meet this challenge.”

Solombrino’s and Dowling’s appointments are effective immediately and will run through GBTA Convention 2017.