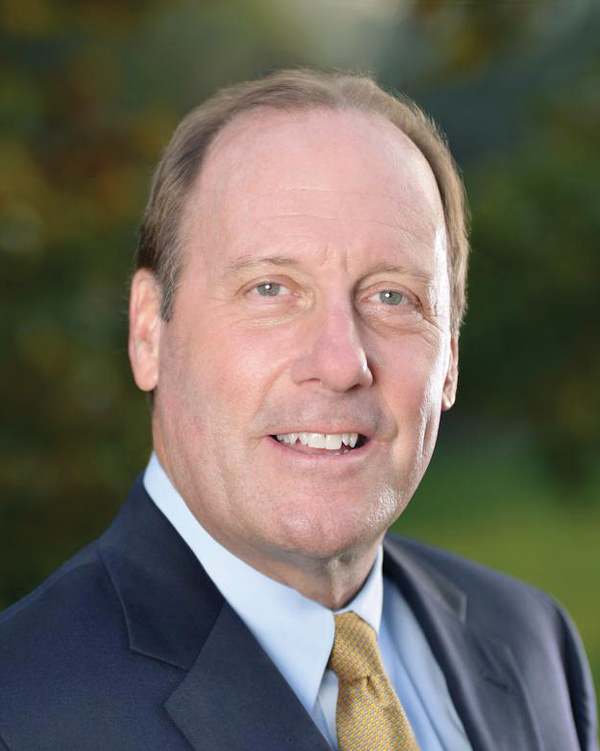 Twenty-five years ago, Dwight Kines accepted a job in the taxicab industry and took a quick shine to his new home. Kines has been an active supporter and member of the Taxicab, Limousine & Paratransit Association (TLPA) for 17 of those years, serving as vice president and in several committee leadership positions before being named association president at the 2015 TLPA Annual Convention & Trade Show. As the current vice president of Transdev’s Mid-Atlantic region, Kines relies upon his extensive taxi expertise but also has spent the past few years becoming familiar with black cars through the company’s ExecuCar division and SuperShuttle service. We caught up with Kines in the quieter weeks since he passed the baton to TLPA’s new president, Bill Scalzi of Metro Taxi, to discuss his year at the helm of the national association.

Chauffeur Driven: What were the TLPA’s biggest accomplishments during your presidency?
Dwight Kines: With the help of many members, we accomplished a lot, but the most important thing was our Taxicab Alternative Business Model paper. Early in my term, we concluded that we were using old information to shape what we thought we knew about people’s negative image of limousines and taxicabs—we really didn’t know—so we did some research on taxicab and limousine service. We learned not only where we needed to improve but also where we were stronger than the TNCs, which we could use in our marketing or lobbying efforts. It was obvious from the results that we needed to make some changes to our core business model.

We’ve been saying for a couple of years that people need to change the way they do business, but we really hadn’t told them what to do. As an offshoot of the research, we put together a committee of 12 people—plus several past presidents who are still active on the board and are some of the smartest people in the industry—to develop the Taxicab Alternative Business Model. It’s a paper on 14 or 15 ways to change how you’re doing business, from moving to owner-operator arrangements, to how you structure your call center, to how you do your marketing. Many people feel that having a single national app is the key but it’s really only one part of what we need to do, and not even the most important part.

TLPA looked at how taxicab companies need to change, but many limousines companies need to change as well. And while paratransit hasn’t been hurt as much yet, it’s an area Uber is looking to target. So, after finishing the taxi paper, we started working on the same thing for the limousine and paratransit divisions; in the next several months, we should have two more papers for our members to refer to. We’ll be telling them that they need to make adjustments to their business model too and how they might do that.

We’ve also been working with the Global Taxi Network in Europe to certify apps with the goal of integrating them into one single, universal taxi app. This project started out slowly but began to pick up steam in the last half of the year.

The TLPA updated its strategic planning. A lot has changed in our business in the past three or four years, so while we ask our members to change the way they do business, the TLPA also needs to look at the way we run our operation, too.

CD: How did you see the three divisions of the TLPA working together during your time as president?
DK: We’ve noticed in the past couple of years that the lines between the taxicab, limousine, and paratransit divisions are blurring, so that’s one of the areas that we’ve come up with a strategic plan for: We need to look at the structure of the association because the market segments of our industry are not as clearly defined as they used to be. We’ll definitely see a lot more in common among those divisions than there has been.

Taxicabs are doing paratransit work; limousines are looking at doing on-demand, almost taxi-like work; taxicab companies are, during periods of peak demand, using black cars. So, you’re starting to see the changes there, as well as the emergence of other things that they have in common. There’s likely to be a move in the livery area toward independent owner drivers, or contractor drivers, which is one of the things we’ve found helpful in the taxi business: High volume livery services need to drive costs down, including maintenance and capital costs on cars. We’re not there yet with limousines, but we are looking at some of the companies that are moving that way.

CD: Can you tell us about the Fleet Forward initiative?
DK: For the past three or four years, our approach to the TNC battle has been attack, attack, attack. But more and more states are legalizing them, and as they do, it doesn’t make sense to spend all of your money on lobbyists and lawyers in those states. Instead, you need to spend the majority of your resources competing in this new world. In the beginning of the year, we said that TLPA needed to shift our direction and figure out how to compete with these guys, which is what Fleet Forward’s all about. Our PR company is still going to fight the fight where we can and we still have Who’s Driving You?, but what was 100 percent attack is now 50 percent attack / 50 percent compete.

Fleet Forward does not just face outward, with positive stories about the industry in social media and traditional media, tweeting about how companies are changing their models and other activities; it also faces inward to more directly benefit TLPA’s members. Like we did with the taxicab alternative business model paper, we’re using Fleet Forward to tell them how to compete, but with videos, webinars, and educational materials.

CD: What else does TLPA bring to the industry?
DK: Education is just one part of it. TLPA also advocates for the industry on a national level. I don’t think lobbying in Washington, D.C., has ever been as important as it is right now, and we’ve been leading the fight there. Uber and Lyft are spending millions of dollars on lobbyists and lawyers, so we’re up against formidable opponents.

We’ve also done all of this work at the state level to try to get a level playing field, no matter what regulation is in question. What we can’t have now is Uber going to D.C. and getting some sort of exemption from local regulations by paying to be declared a technology company or a communications company rather than a transportation company.

CD: This past June, the TLPA had its first fly-in to Washington, D.C., in a few years. How did that go?
DK: When my term started, we knew it was going to be a big year in the TNC battle. Our lobbyists and I did some Capitol Hill visits in February and March. Our message was that TNC regulation isn’t a federal issue, that the states understand what their transportation needs are and what the regulations should be. Since Uber’s legal in 39 states now, we said that when they come to you, just push them back to the state level and tell them that the issues are clearly being worked there so the issues should remain there. Most of the people we visited agreed and said, “You’re right, it isn’t our place to even get involved in this fight.” So hopefully they will remain strong on that commitment.

Though our efforts were successful, we said that we really needed to get to more people. In June, we brought people in from all around the country to get our message across, to represent the association at the national level. We had a team of 23 people who visited 46 congressmen and senators. Sometimes you sit down with their staff, but other times you do get a face to face with the elected official. They appreciated us coming, and we had a lot more positive responses than we had negative, and most agreed that Congress already has enough other business to do.

CD: Were there any standout moments or particular lessons you learned while serving as president?
DK: It’s energizing to be in the middle of just about every decision that’s made on a weekly basis. TLPA’s CEO, Al LaGasse, was in touch with me half a dozen times a week, regarding everything from press releases to positions that we want to take on laws in different states. You learn how the association works; you’re much better educated on all the issues; and you see everything the staff does. One of the things that you don’t realize until you get there is how hard the TLPA staff works at the association office. Al and his team are incredible, in terms of the number of things they do and what they get accomplished.

CD: Where do you see the immediate future of the TLPA heading?
DK: We talk to our members about changing and I think we have to adapt as well, particularly with the lines blurring between the three divisions. We have some members who are looking at reduced fleets; since our membership fees and structure are based on fleet size, we’ll be operating under some different constraints. I think we’re going to play more of a role in educating our members on how they can better fight the fight at the state level, but TLPA still has to stay active in Washington, D.C.

I don’t think any of our members will go strictly to being TNCs, but I can see our taxicab and limousine companies integrating TNC elements into their business models. As a matter of fact, that’s one of our suggestions and a few companies have already started to do it, so we as an association have to accommodate the new business models. Understanding the changing dynamics of our members’ fleets and ensuring that everyone can continue to be included in the association will be a challenge as well.

CD: What’s your future with the TLPA?
DK: Our association does a great job of keeping past presidents involved; it doesn’t just put you out to pasture. When I look at the Executive Committee, there are probably four past presidents on there. Mike Fogarty, the president before me, was involved throughout the past year and was great to have as a mentor. I will make sure that I stay active. [CD1216]