Should You Be Operating With DOT and MC Numbers? 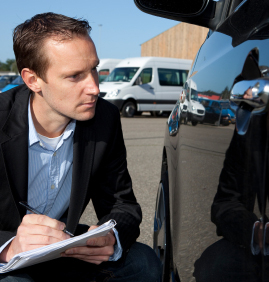 As the differences among fleet vehicles become more obvious with each operator who takes that first plunge beyond sedans and SUVs into running buses and motorcoaches, there has been an increasingly common discussion about who is and is not required to have a U.S. Department of Transportation (DOT) and motor carrier (MC) number. It appears that the topic stirs up a combination of confusion and apathy among those it’s meant to keep in regulatory compliance. I have heard operators stating that federal rules don’t apply to them, or even using one of my favorite lines: “They don’t enforce those rules here.”

While I may not be a constitutional lawyer, I am familiar with the U.S. Constitution—particularly Article 6, Clause 2, which is known as the Supremacy Clause. Being from Texas, my organization has this thrown in our faces more frequently than we would like to admit.

The Supremacy Clause essentially states that although states are allowed to govern themselves, federal law takes precedence over state law. This means that even though a state law enforcement officer might think that what you are doing is legal, a federal officer still has the right to enforce federal law and issue penalties accordingly. They can and will show up any time that they like and, especially in the unfortunate event that something catastrophic happens, can open an investigation.

So what does this mean to you as the owner of a transportation company?

First, the basics. The Federal Motor Carrier Safety Administration (FMCSA) issues two numbers to companies engaging in commercial transportation in regulated vehicles. The first is the DOT number, which FMCSA’s Do I Need a USDOT Number? web page (goo.gl/c8f89N) describes as “a unique identifier when collecting and monitoring a company’s safety information acquired during audits, compliance reviews, crash investigations, and inspections.” The second is the MC number, which is often referred to as operating authority. An MC number is another unique number assigned to carriers engaged in for-hire passenger transportation and interstate commerce.

In order to see if these apply to you, we must see look to see how the DOT defines the parameters of what exactly qualifies as a commercial motor vehicle. According to FMCSA, a regulated vehicle “is designed or used to transport more than eight passengers (including the driver) for compensation”—meaning that almost every vehicle in your fleet that’s neither a sedan nor an SUV is considered a regulated vehicle if you are compensated for the ride in any way.

In 2014, the FMCSA released an updated explanation to interstate commerce. The clarification explained that the airport is a port of entry for interstate cargo, mainly your passengers. That means that if you use a commercial motor vehicle (CMV) to pick up an out-of-state passenger, you are engaged in interstate commerce; therefore, it is required for you to have both DOT and MC numbers to be a legally operating transportation provider.

This also means that each chauffeur in your fleet must comply with federal law, and you as an owner must maintain vehicle and driver records as required by the FMCSA. These include complete driver qualification files that contain items such as federally recognized medical cards and background checks into a driver’s previous employment and safety history. You are required to maintain recordkeeping proof of hours of service records, vehicle maintenance records, and completed daily vehicle inspection reports by your chauffeurs for every regulated vehicle that they operate each day. You as a company are subject to and can be selected for roadside inspections—or for a full DOT audit—at any time.

According to the FMCSA, U.S. DOT defines interstate commerce as U.S. trade, traffic, or transportation that transpires ‘[b]etween two places in a state through another state or a place outside of the United States."


So what if you never cross state lines or never send your fleet to the airport, such as those companies that strictly engage in retail business like proms, weddings, funerals, and all the other occasions that people use larger vehicles like executive vans and buses? The following states all require that you have a U.S. DOT number if you are operating a CMV for compensation: Alabama, Alaska, Arizona, Colorado, Connecticut, Florida, Georgia, Indiana, Iowa, Kansas, Kentucky, Maine, Maryland, Michigan, Minnesota, Missouri, Montana, New Jersey, New York, Nebraska, North Carolina, Ohio, Oklahoma, Oregon, Pennsylvania, South Carolina, Texas, Utah, Washington, West Virginia, Wisconsin, and Wyoming.

Some states, such as Texas and California, even require that you as a motor carrier must apply for a state DOT number. If your state is not among those listed above, you should check your own state regulations; many states, Nevada for instance, have developed their own unique authority over commercial vehicles and even adopt rules similar to, if not stricter than, those mandated by the U.S. DOT.

You might be asking yourself if you did all this when you started your company years ago. If you have not been providing the DOT with your most up-to-date driver and vehicle information every two years by way of updating your MCS-150 form—which is the Motor Carrier Identification Report you must complete and file in order to receive a DOT number—then there is a good chance that even if you once had an MC number, it has most likely been suspended by now.

Fortunately, you can easily determine if you’re in good standing with the FMCSA. There is an FMCSA-administered app called SaferBus that you can download onto your mobile device of choice. Through the app, which is available for both iOS and Android platforms, you can search by company name, DOT number, and MC numbers to see all of the companies in the entire country.

Upon completing a search for your organization, one of two things will happen: You will either see a “Not Allowed to Operate” notification or be granted access to the company’s safety ratings. By expanding the selection, you can even see how many and what types of vehicles you last reported to the DOT. If the information you see differs from what you presently own, it is in your benefit to update your MCS-150 form ASAP.

The chauffeured ground transportation industry continues to both venture deeper into the world of high-occupancy vehicles and separate itself from regulation-averse bargain transportation providers. To successfully accomplish those goals, it is imperative that we all strive to operate within the parameters of organizations that help us operate legally and safely. Brushing up on the guidelines that govern vehicles beyond the sedans and SUVs that we know so well will ensure that our industry maintains the high standards we pride ourselves on maintaining. [CD0816] Want to Know More?
The following websites are great resources to get you up to speed on what’s required of you from a regulatory standpoint if your fleet includes high-occupancy vehicles.

fmcsa.dot.gov/registration: This FMCSA overview of registration for both U.S. DOT and MC numbers includes an in-depth overview of the process, detailed FAQs, and a navigational menu that breaks down everything you need to know into specific categories.

goo.gl/DRe4v1: The FMSCA created a Facebook photo album of images to help walk you through its SaferBus app to ensure you’re able to maximize its usefulness in helping your company stay in compliance.

azdot.gov/docs/default-source/motor-vehicle-services/interstate-commerce.pdf: Incredibly useful for its illustrative purposes alone, this two-page PDF offers an easy-to-follow guide of what constitutes interstate commerce.

Joe Guinn is the Owner of Atlimo & Bus Compliance. He can be reached at joe@dotbuscompliance.com.