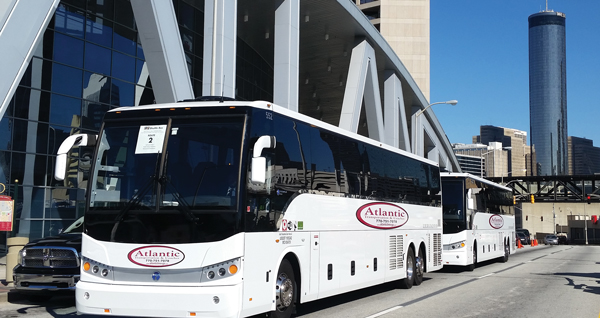 There was a time when buses were defined only as the massive full-size coaches that dominated downtown public transit, college/university systems, or operations like Greyhound. As the need for comfortable, versatile multi-passenger transportation has evolved in the past two decades, so too has the size, seating capacity, and purpose of a bus for luxury ground transportation operators.

When Temsa, a Turkish manufacturer of monocoque stainless steel buses, was looking to expand into the North American market, it tapped the resources of CH Bus Sales Chairman Michael Haggerty to assist with the endeavor. Temsa had been producing and distributing buses all over Europe, the Middle East, Northern Africa, and Russia since the late 1980s, and Haggerty—at the time a limousine and charter operator himself who founded Ryan’s Express of Los Angeles—was in the position to understand what American operators wanted and needed. After months of talks, factory tours, and field tests at his own charter facility in September 2011, CH Bus Sales became the exclusive Temsa distributor in the U.S.

Haggerty assembled a team of bus professionals, including President and CEO Bob Foley, who had been in the industry for 25 years, and Executive Vice President of Sales and Service Duane Geiger with 17 years of bus sales experience. Later, he added a team of seasoned sales and service staff, all of whom had worked in the bus industry for many years. 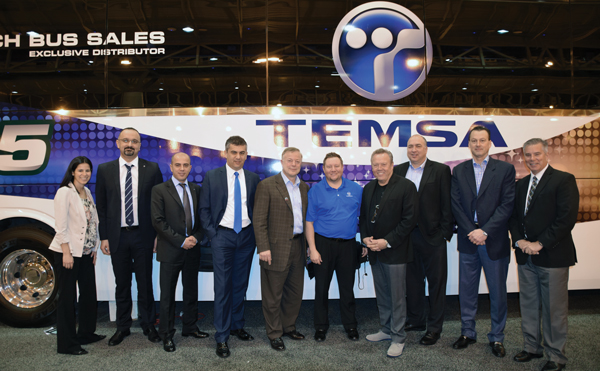 To fill that void of available “in between” vehicles where a motorcoach was too big but a shuttle was too small, CH Bus Sales launched with the midsize TS 35, which had seating for up to 40 passengers and could be customized for a variety of applications from tours to executive road shows.

“There was significant demand for a 35-foot bus in the market, and Temsa was already manufacturing and distributing it in Europe. We sell a U.S. content-specific coach adapted for the needs of American operators,” says Geiger. “We’re the only dealer in the country to offer Temsa vehicles.” He adds that the TS 35 is not only priced for a price-sensitive market, but also economical to own and maintain. Geiger had previously worked for ABC Companies for nearly two decades.

The TS 35’s size has certainly been attractive to operators, according to Geiger, but one of its other big selling points is luggage capacity. Like its larger counterparts, the TS 35 utilizes under-bus luggage storage (215 cubic feet) so it neither sacrifices space nor seating within the passenger cabin nor adds to the overall length of the vehicle. It’s powered by a Cummins engine and Allison transmission, both industry workhorses. The monocoque design lends a smoother, quieter ride for increased passenger comfort, and Temsa is the only manufacturer to offer it in a 30-foot or 35-foot bus, according to Geiger. 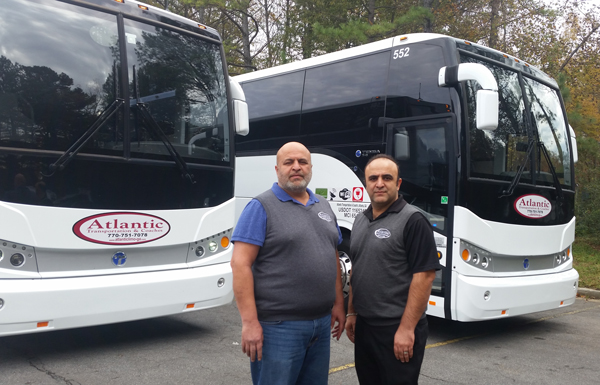 “Most people in the United States aren’t familiar with the Turkish manufacturing labor force: They are a proud and educated workforce. Temsa has become a world leader in manufacturing motorcoaches in Europe and have parlayed that same quality into the products they sell in the U.S. Our customers who currently operate Temsa products can attest to their high level of quality,” says Geiger.

When CH Bus Sales first partnered with the manufacturer, Temsa’s diverse lineup of bus products was a key factor in embracing the brand because it meant having access to a range of vehicles to suit the ­ever-changing market needs. After the success of the TS 35, CH Bus Sales began offering an even smaller bus, Temsa’s TS 30, in 2012. The 30-passenger bus has been adopted by operators who offer a higher-level of shuttle service, says Geiger. “We’ve had a lot of success with the midsize TS 30 and TS 35 vehicles with limo operators who are now adding motorcoaches to their fleet,” he says. “These operators are looking for vehicles with improved rideability from the cutaway buses but with a lesser price tag [than standard motorcoaches].”

At the 2014 ABA Marketplace, followed by the UMA Motorcoach Expo a month later, CH Bus Sales unveiled Temsa’s latest bus, the full-size TS 45. The vehicle, which was in development for two years, became a bridge for operators who wanted to test the waters with a larger coach that has seating capacity for up to 56 passengers. Like its smaller siblings, the TS 45 is fully customizable with all of the latest technology, sound systems, lighting packages, and exterior paint finishes for a one-of-a-kind branded people-mover. For additional diversity, all three of its products can be made wheelchair accessible for mobility passengers.

There was significant demand for a 35-foot bus in the market, and Temsa was already manufacturing and distributing it in Europe.
– Duane Geiger, CH Bus Sales Executive VP of Sales and Service"


Over the years, Geiger has seen how the industry has progressed and how the well-being of bus passengers has become of critical importance to not only the operators and agencies that regulate them, but also the general public as well. The strict standards set forth for bus manufacturers have really taken bus safety to a new level. “This is a safe industry for ­passengers—probably more so than ever. This is the safest generation of buses on the road today,” says Geiger. 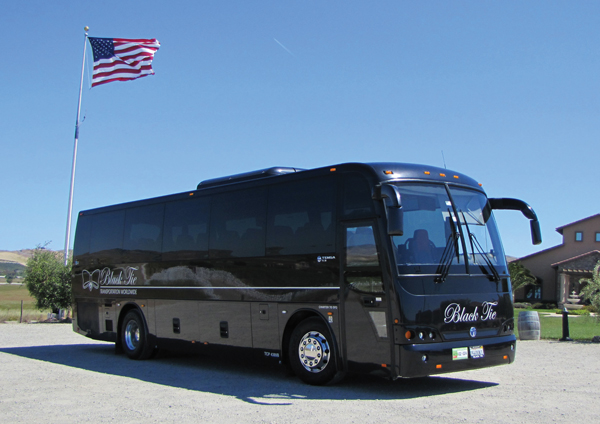 In addition to its headquarters in Faribault, Minn., the company has service facilities in Orlando, Fort Worth, Northern New Jersey, and its newest location in California (scheduled to open later this year). It also has a network of over a dozen service centers outside those regions to greater connect with its nationwide clientele. While Geiger says that many of his customers maintain their own bus service facilities—a necessity due to the nature of operating buses and the constant maintenance that is required to keep performance at a high level—CH Bus Sales offers on-the-ground maintenance training through a team of six full-time technicians who travel to operators in need of assistance, including for warranty claims. CH Bus Sales will be offering an online parts store this fall, and customers will be able to order all neceessary parts through the company’s database. It currently offers a growing library of training videos for Temsa operators, including modules for replacing a windshielf, driver orientation, and passenger safety. All are available on the company’s website.

In March of this year, the company reached a new milestone: its 500th TS 35 sold through CH Bus Sales landed in Greenville, Pa., when tour operator Anderson Coach and Travel took its delivery. The coach that started it all has remained the Temsa stocking dealer’s most popular vehicle for five years. Several vehicles were featured at the 2015 Chauffeur Driven Show in Miami where CEO Bob Foley, VP of Sales & Service (Southeast) Tim Guldin, and Marketing Director Michaela Grundman were on hand to answer any questions about their lineup. Now branded as the TS 35E with extra safety features and upgrades (including electronic stability control, roll stability control, three-piece front bumper and rear engine door, upgraded dashboard, and enlarged driver area), CH Bus Sales will have the TS 35E on exhibit at the Chauffeur Driven Show in Washington, D.C., this October. [CD0816]