In-Depth with Daus: Is the TNC Business Model Unconstitutional? 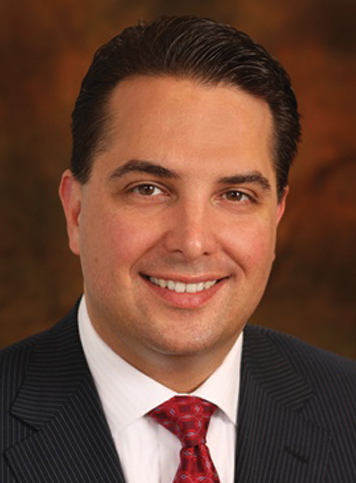 Editor’s Note: As this is a rapidly changing issue, the accuracy and currency of the information were correct at press time.

We have been talking a lot in recent months about the litigation against TNCs, and the onslaught of lawsuits (now about 50 cases within the United States alone) that are revealing the weaknesses of the TNC business model. Among them are worker classification issues, inadequate driver vetting, and unfair competition. A recent ruling in the federal lawsuit Illinois Transportation Trade Association v. the City of Chicago—arising from the United States District Court for the Northern District of Illinois—has redirected the TNC debate away from TNCs themselves and toward the regulations that create a bifurcated yet unbalanced regulatory scheme for two similarly situated transportation providers.

Last year, the plaintiffs—which include Illinois medallion owners, operators, companies, and other taxi industry parties—filed a lawsuit against the city of Chicago after it enacted its TNC ordinance on May 28, 2014. In this case, the plaintiffs allege that the city of Chicago violated the Fifth Amendment of the United States Constitution by allowing TNCs to operate under less stringent licensing standards while providing the same on-demand car services as taxicabs. They argue that allowing TNCs to encroach upon the on-demand for-hire market, without adhering to the same costly regulations as similar operations, depreciates medallion values to the extent that it leaves no reasonable economically viable use of the property.

The plaintiffs filed a seven-count lawsuit in February 2014, alleging equal protection violations under the Fifth and 14th amendments to the U.S. Constitution, state common law contractual causes of action for breach of contract, and equitable causes of action for promissory estoppel. The gist of the plaintiff’s arguments are that the TNC Ordinance creates different, less stringent licensing standards for TNCs regarding insurance, driver qualifications, background checks, vehicle qualifications, fares, and in other areas than those required of taxis.

In December 2014, United States District Court Judge Sharon Johnson Coleman dismissed five of the counts, but upheld two. The court’s ruling that the plaintiffs’ equal protection argument had a legal basis and should proceed to trial has caused waves throughout the nation.

• Taxis and TNCs are similarly situated;

• There is no material difference between raising your arm to hail a cab and putting your location in an app with a request for immediate transport;

• Rides can be prearranged by taxis as well as TNCs; and

• A TNC driver is not any more “known” to the consumer than a taxi driver (as each provides for-hire transportation in Chicago, rides can be prearranged for a set time, hailed, or virtually hailed through an app, consumers are contractually bound to pay for the services, and may do so by credit card).

The court held that the preceding aspects of TNC and taxi operations are not material differences, but rather the two modes of transportation are similarly situated. In essence, the court found that the regulations for taxis were more onerous than for TNCs in all of these areas. Thus, because of the arbitrariness in the laws, the plaintiffs’ equal protection claim was allowed to continue.

In light of the foregoing, the taxicab and limousine industries may begin to abandon attempts to attack TNCs and redirect their attention and litigation sights to challenge TNC legislation and regulations. If they were to do so, the litigation would be easier to win, with possibly fewer expenses and quicker results. The decision in Illinois Trade Assoc. is already being cited by members of the Chicago City Council to urge Mayor Rahm Emanuel to revisit the city’s ordinances. The impact of the court’s decision is significant and may introduce a new wave of litigation that could dismantle the TNC regulatory scheme as well as the TNC business model itself. This nuanced approach may nevertheless achieve the goals sought by industry players—not to impede innovation or to curb competition—but to promote fair competition.

Our predictions, early and often, have been consistent (unlike the TNC model) that in addition to labor violations and actions, the biggest risk for TNCs in terms of their business model involves basic constitutionality. The Equal Protection Clause of the United States Constitution is often cited with respect to discrimination, where persons in a protected class (e.g., race, gender, religion) subjected to laws drawing classifications that impact them disproportionately, or treating them differently without any compelling reason, are subject to strict scrutiny and have an easier chance of being declared unconstitutional, either by its disparate impact (in its application to persons) or on its face (by the very basic terms of reading the law). Every other law not involving those protected persons, such as TNC laws, involve a lower level of judicial constitution, where simply a “rational basis” must be established to uphold the law.

Under basic Equal Protection scrutiny, either in its impact or on its face, the law must not be arbitrary or unfairly applied without a reason. Any reason—not even one which most people would agree with—can be relied on to uphold the law. The decision raised strong concerns that TNC laws would not survive such a challenge, questioning how there is any difference in the manner, mode, or operation of a taxicab, limousine, or TNC when it came to establishing public safety and customer service licensing standards. Additionally, many state constitutions and state statutes have similar provisions that allow laws and regulations to be challenged and declared invalid or unconstitutional if they are arbitrary, capricious, and/or irrational. We have been saying for a long time that TNC laws are unconstitutional violations of the Equal Protection Clause and the TNC debate will be decided in the courts. It appears this prediction is about to come true.


“The taxicab and limousine industries may begin to abandon attempts to attack TNCs and redirect their attention and litigation sights to challenge TNC legislation and regulations in every state.”


So, in terms of what happens next, we have predicted many times that TNCs and elected officials, in the wake of an adverse ruling, would go back to the drawing board and revise TNC laws to finally level the playing field. It is highly likely this will happen—but not yet. There has been too much money and resources devoted to the current TNC business model and strategy for TNCs not to appeal or tie such rulings up in the courts for a while longer. Ultimately, should the Illinois decision or another court with similar causes of action pending issue a final ruling on Equal Protection grounds, that means that basically almost every one of the laws promulgated over the past few years around the U.S. will potentially be invalidated in whole or in part. That would be a huge blow to TNCs and a game changer to push the momentum back in the other direction in favor of the incumbent industry. But after many tens of millions of dollars of TNC money having been spent on developing TNC laws through political donations, lobbyists, media strategists, and lawyers, they will surely seek to amend the laws. However, there are two basic options: less regulation for all, or more regulation for all.

TNC laws may have been a temporary stop-gap measure to legitimize quasi-unlicensed operations to gather market share and accelerate an industry takeover, which it has basically done. TNCs always knew that this temporary model would be flattened. It may have been part of the strategy that there would be a loss in the courts eventually, due to the slow wheels of justice; but the TNCs knew full well it may have been too late for the industry to recover. TNCs’ best defense was a good offense.

The big issue now is: Will policymakers and legislators opt to bring TNCs into full licensing compliance required of taxicabs and limousines (like New York City) or completely deregulate the market—as was attempted in the 1980s? It is more likely that we will end up somewhere between, where TNCs and taxis/limos are maybe something similar to the Maryland or Houston models, where many licensing restrictions are removed except for the basic controversial ones such as biometric criminal background checks. It is highly probable that the taxi and limousine industries may agree to insurance requirements that the TNCs have, but that policymakers may meet all industries halfway with full government administered biometric fingerprints and vehicle inspections. Another possibility is a compromise where biometric prints (not name checks) and vehicle inspections are required, but that all industry businesses (TNCs, limos, and taxicabs) can self-regulate or “do-it-themselves”—subject to government audit. It is hard to predict for sure, as there as so many daily and weekly twists and turns in this ever-evolving battle, but these are the likely outcomes. [CD0116]
Matt Daus is a partner with the law firm Windels Marx, president of IATR, and a leading authority on ridesharing apps. He can be reached at mdaus@windelsmarx.com.