Legal Ease: Waiving Your Right to a Jury Trial 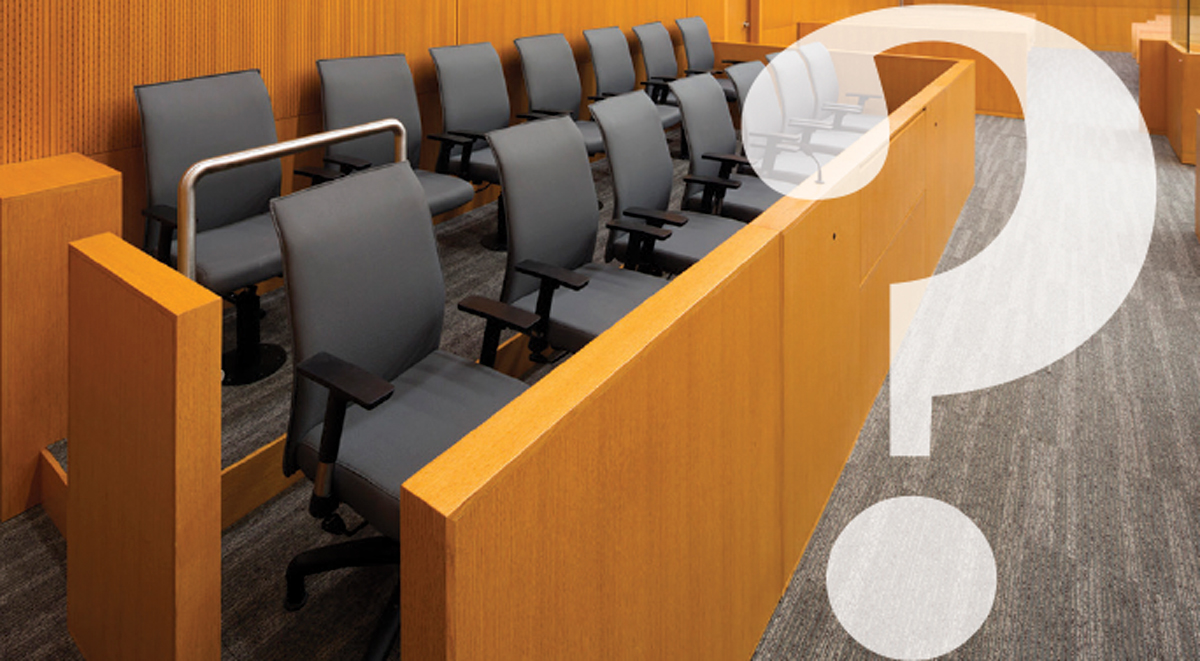 The right to trial by jury is a Constitutional guarantee and a cornerstone of our legal system. In fact, Thomas Jefferson considered the jury to be “the only anchor ever yet imagined” to protect the people, and, in the words of U.S. Supreme Court Chief Justice William Rehnquist, “the founders of our Nation considered the right of trial by jury in civil cases an important bulwark against tyranny and corruption.”

However, with litigation costs rising feverishly over the years, it’s understandable why many businesses have sought to protect themselves through the inclusion of an arbitration clause in their contracts, which require their customers to eschew the courts in favor of cheaper, more expedient private arbitration. For many years, courts favored these agreements and enforced them in the vast majority of cases. But it’s no secret that, in recent years, arbitration agreements are under attack.

In late 2015, the New York Times ran a three-part series entitled Arbitration Everywhere, Stacking the Deck of Justice, which detailed injustices forced upon consumers through arbitration provisions. A few months later, the Consumer Financial Protection Bureau proposed a rule designed to eliminate mandatory arbitration clauses from consumer agreements covering financial products and services. And state courts across the country have arguably increased scrutiny on the enforcement of arbitration clauses.

At their most fundamental level, arbitration agreements are a waiver of the right to trial by jury. In fact, they’re a waiver of the right to sue in court at all. These waivers have the potential of saving businesses substantial sums on claims that would otherwise be brought in court. Adversaries point out, however, that the savings to the business come at a high cost to society. They argue that the right to bring a legal action helps consumers prevent a company from taking advantage of the power imbalance inherent in the business-consumer relationship. This debate helps explain the recent public, governmental, and court scrutiny of arbitration clauses. The obvious question is how you protect yourself in this changing arbitration climate.

First, you have to ask yourself whether you really want to arbitrate. The conventional wisdom is that arbitration is the way to go, as arbitration has been the established alternative to traditional litigation for so long that many businesses don’t stop to question whether it is truly beneficial. Indeed, arbitration is a well-established practice in many businesses not only for resolving disputes with customers, but also with vendors and employees. However, in spite of this apparent acceptance, arbitration’s drawbacks have become clearer over the years. The primary value of arbitration has been to eliminate the jury trial, as well as its perception as being both quicker and less expensive than traditional litigation in most situations. Arbitration is also typically a private resolution, lacking reported opinions and public filings, which is understandably attractive to businesses seeking to avoid public disputes.

Arbitration’s drawbacks, however, can be significant. First, sacrificing the jury trial can create a situation where parties typically do not have any meaningful appellate recourse to remedy a bad decision. The consequences of drawing a bad panel, or single arbitrator, are thus magnified in significance. Second, though various arbitration forums have created better rules over the years, parties to arbitration often lack the predictability of a known set of procedural rules and nearly always lack established and implemented rules of evidence. Further, summary resolution is fairly rare in arbitration, even if the rules provide for it. Given this, arbitration, like litigation, can become unmanageable, time consuming, and expensive.

Third, meaningful discovery can be difficult to conduct because most arbitration forums discourage, or prohibit, depositions. Finally, the lack of reported opinions and effect of earlier decisions only emphasizes the unpredictability of arbitration. In fact, most courts find that even an arbitrator’s failure to follow the law cannot be reviewed on appeal. Arbitration may, in the end, be the right choice for your business, but that decision should be made after careful consideration and not simply as a member of the herd.

Another alternative to arbitration that you may not have considered is the jury trial waiver. In recent years, the idea that the parties in a suit can simply waive their right to a jury trial, as opposed to their right to access the courts entirely, has gained some momentum. As litigation over the enforceability of arbitration provisions demonstrates, the right to a jury trial, even as a constitutional right, can still be waived. Given the drawbacks of arbitration, the contractual jury waiver is a potential “middle ground” between arbitration and traditional litigation.

In recent years, the Supreme Courts of Alabama, Connecticut, Missouri, Nevada, Rhode Island, and Texas, as well as lower courts in numerous states and a number federal appellate and district courts, have upheld contractual jury trial waivers. In fact, only the Supreme Courts of California and Georgia have found such provisions unenforceable. Although, in California the decision was based on statute and the court expressly left the door open for the legislature to change the law. Thus, you may want to consider the contractual jury trial waiver as an alternative as you evaluate your business’s needs.

If you decide that arbitration is the preferred method for your business to resolve disputes, there are number of things you can do to increase the enforceability of your arbitration clause. First, do not bury the clause deep within a long contract or hide it in fine print. Generally, a party must have full knowledge of his or her legal rights in order to waive them. This is especially true with the jury trial right, and the obscurity of an arbitration provision in the contract is one of the most frequently cited reasons on which courts refuse to enforce arbitration provisions. Make sure your arbitration provisions are obvious to the reader by, for example, placing them in bold and capitalized type.

Second, make sure the language is clear and unambiguous. Courts that find arbitration provisions unenforceable often focus on the fact that the average consumer may not know, without explanation, that arbitration is a substitute for the right to have claims adjudicated in court. As the New Jersey Supreme Court recently explained, no particular language is necessary to waive the “time-honored right to sue,” but the provision, “at least in some general and sufficiently broad way, must explain that the plaintiff is giving up her right to bring her claims in court or have a jury resolve the dispute.” It is thus advisable for your arbitration clause to explicitly advise the customer that he or she is waiving the right to sue in court and the right to a jury trial.

Finally, consider the use of an opt-out provision. Uber has had recent success in two cases enforcing arbitration clauses in its agreements with its drivers. The courts in both cases focused on the fact that the agreement gave the driver the option to opt-out of the arbitration provision in the agreement. While this solution may not be for everyone, it is helpful if you have a particularly one-sided arbitration provision. Larger companies more often subjected to class action lawsuits generally include the waiver of the right to bring or participate in such actions in their arbitration clauses; however, notwithstanding the U.S. Supreme Court’s blessing of such waivers, lower courts tend to disfavor them and scrutinize them even more closely than other arbitration provisions. The opt-out provision is the primary reason Uber has successfully enforced such clauses. The inclusion of such a provision in your agreement requires careful consideration of the impact on your business if many of your customers choose to opt-out, but it may be advisable if you have a broad arbitration clause intended to waive many rights.

While the right to a jury trial is a time-honored and venerated tradition in our legal system, that right can still be waived under the right circumstances. As courts and the law trend toward protecting that right more fiercely, it is no longer safe to simply assume that your arbitration clause will be enforced. Make sure your business is protected. Seek the advice of experienced counsel to advise on whether arbitration or jury trial waivers are right for your business and to ensure that your waivers are bulletproof. [CD1217]

Patrick O’Brien is a managing partner of the law firm O’Brien & Associates and was the founder of Panama Luxury Limousine in Panama City, Panama, of which he is still a board member. He can be reached at patrick@pobrienlaw.com.