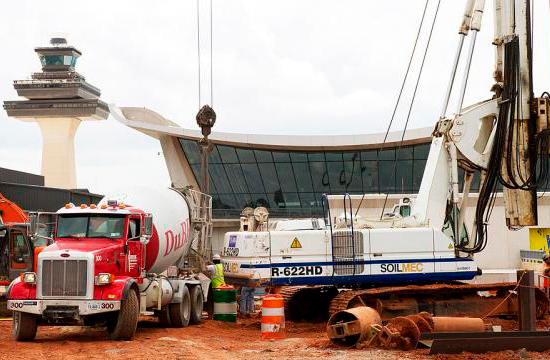 Airports Urge Congress to Raise Passenger Facility Charge:
Airports, general contractors, and organizations representing those who work or do work at airports collectively penned a letter to Congress in November to essentially beg them to lift the cap—currently set at $4.50 per passenger per airport—in the new transportation and infrastructure spending bill. Most passengers pay about $9 now roundtrip on nonstop flights, which goes to the maintenance of the overall airport facility such as runways and terminals. Lifting the cap would allow airports to raise the fee as necessary to represent the costs of their facility—and some have suggested doubling the fee. The traffic increase is real, according to the TSA, an agency that was established after 9/11. In its 15-year history, five of its 10 busiest days occurred in 2017, including the Sunday after Thanksgiving.

In a true twist of irony, the general public has an unlikely ally in the fight against lifting the cap: the airlines. Air carriers argue that passengers are already charged too many fees when booking a flight, which is rich coming from an industry that tacks on $25 for a carry-on or charges for the privilege of a few inches of precious legroom. We’re guessing that they think the increased fees will spook price-sensitive customers and hurt their now-robust profit margins. The nation’s airports, however, are facing increased traffic and are in dire need of repair, upgrades, and complete overhauls in some cases, so maybe the additional fee won’t be so bad after all, provided you’ll actually see the benefits? goo.gl/pGyEHQ 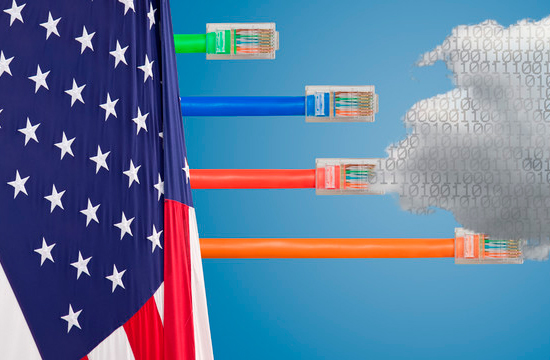 Net Neutrality Pits David Against Goliath, And It Doesn’t Look Good:
What in the heck is net neutrality? Well, since you ask so politely, it’s an agreement between the Federal Communications Commission (FCC) and consumers and business that all data will be treated equally without interference from their broadband service provider. In other words, your internet service provider (ISP) cannot “throttle” a website that has a lot of data so that it’s too slow to load, causing the consumer to go elsewhere. Internet is currently treated as a public utility, much like water or electricity, and this agreement has had bipartisan support for more than a decade. In 2015, the FCC voted on and adopted the Open Internet Order, but new Chairman Ajit Pai seems eager to adopt his own plan that overturns those consumer protections. Further, Chairman Pai’s outline restricts states from adopting their versions of the old rules. This could mean that ISPs offer “pay to play” tiers for data, so it will cost more to stream Netflix and Hulu. And since many ISPs are often also cable providers, they sort of have a pretty sweet incentive to upcharge for those data packages and price their cable packages attractively. Pai’s proposal also shifts enforcement to the Federal Trade Commission, a move that would be fraught with its own issues.

But where it could really hurt is with your business’ ISP, especially for smaller companies. The pay-to-play scheme actually works both ways in that an ISP could cut a sweetheart deal with a larger company to shift it into the “fast lane” so that customers accessing the site see it load quickly and seamlessly. On the other hand, those small- and medium-size businesses that don’t have the money to pay could be essentially shut out of the competition with slower load rates and frustrated customers. This could severely harm entrepreneurs all over the country, from those who derive an income from platforms like Etsy or YouTube, to those mom-and-pop stores that have been shut out of competitive advantages that all but go to the big box chains.

Still not convinced? Let’s say that a very massive international transportation provider calling itself a technology platform has the cash to pay for the fast lane. Who do you think is going to win? Talk about a crushing blow to innovation.

The FCC is scheduled to meet in December, and considering the 3-2 Republican majority on the commission, it looks likely that Pai’s proposal will be passed (despite the best efforts of two Democratic commissioners who openly oppose his plan). The good news is that it likely won’t change the internet that quickly, and the proposal will be locked in the courts—although that similar uncertainty definitely helped health insurance companies raise rates prior to the passage and adoption of the Affordable Care Act. We’re not saying that the sky is falling, but it sure might be a little more expensive to get a piece of it. Never fear: We have “tax reform” to look forward to. goo.gl/CAAPvr

Did something newsworthy happen at your company? Share it with us! We’ll help you get the word out to our international audience about your new staff hire, addition to your fleet, acquisition or merger, move to a new location, or a recent award won by your company.

We’ll publish it on our website, social media, and in our biweekly E-NEWS ON THE GO.