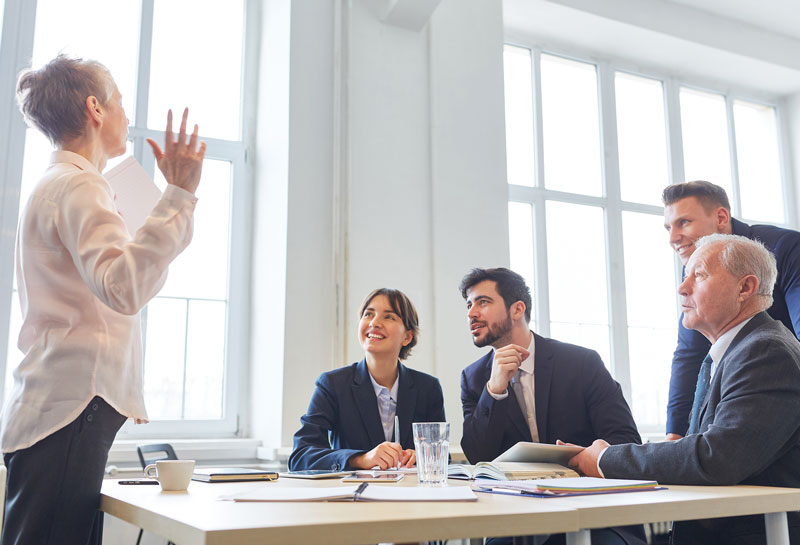 You've planned this for months, did all the research, tested the competition, and finally found a software system that is going to improve accuracy, increase client satisfaction, and save your operation tons of time and money in the long run. And then reality sets in: You have to train the team.

Adopting new policies or procedures is a difficult endeavor for any company, especially when it comes to technology, because adjusting to change is a process that requires practice and, above all, patience. We're creatures of habit, and most people prefer the known to the unknown. I don't know about you, but I dread it when my Microsoft settings force me to create a whole new password every so often—and that doesn't even come close to the headache of learning a new program.

However, change is inevitable, and the best companies will have strategies in place to introduce something new to all levels of learners. You should put as much effort into your training plan as you put into selecting your technology—yes, really. What good is it if your employees don't understand how to use it?

Before I get into some suggestions on how to make the process easier for everyone, I have to address the elephant in the room: ageism. A 22-year-old Mark Zuckerberg (CEO of Facebook) once famously quipped that “I want to stress the importance of being young and technical. Young people are just smarter.” Hmph. Granted, his audience was the graduating class of Stanford University, and Silicon Valley is known for its extensive exclusivity to join the “club” (no one over 30 need apply, and certainly don't be a woman), but I wonder if the older Zuckerberg would be embarrassed by his sentiments today now that he's hopefully gained some emotional intelligence and worldly experience to match his technical prowess. What he probably meant is that young people are more willing to be risk-takers, which is a good thing when you're trying to create the next indispensable app, but it certainly has nothing to do with intelligence or ability to learn.

It's tempting to believe that those who are most resistant to any new technology will be your older workers; in some cases, it might be true. But a 2016 global study commissioned by Dropbox found that 33 percent of 18-34-year-old workers and 32 percent of 35-44-year-olds found new technology “stressful,” while less than 25 percent of workers 55+ were likely to report the same. The study also found that the majority (79 percent) of 18-34-year-olds were likely to assume that their older counterparts would have difficulty picking up new tech. The moral here is not to assume your 65-year-old chauffeur will be a training nightmare while your 28-year-old reservationist will be a dream—no one benefits from stereotyping. Don't underestimate the power that comes with having workers who are willing to try, and definitely don't make assumptions based on age. Don't be a Zuckerberg (it's illegal anyway).

Even the most stubborn can be lured with incentives and positive reinforcement.

1. Explain the who, what, when, where, and why you're introducing change: You and your management team have already gone through the likely exhaustive process of figuring out what you need and testing each to find the right fit, so you're already comfortable with your decision and have context to back it up. Your team doesn't know any of that, so to them, it's just a newfangled gizmo that you want them to learn—sometimes in one sitting. Instead, take the time to explain the backstory and why you felt it was necessary to go from this to that. The more they understand how the change will benefit them and the company, the easier it will be to get them on board. Instead of convincing them that it's good, allow them in time to understand how it's beneficial.

2. Understand why people resist, then get over it: People are fearful of change for a variety of reasons, including loss of control, anxiety that their job will be replaced, or resentment to a previous rollout. Address what needs to be addressed, reassure staff about the change, and keep it positive. Take the mystery out of it. Communicate, then connect with their trepidations at trying something new.

3. Check if the tech company has training available: Technology companies are getting better with educating their users, so check with them to see what modules exist for training the masses. A multi-prong approach will work best, and may combine videos, classroom training, and personal use—but realize that not everyone learns the same way or at the same pace. Some staff may learn with one-on-one training, so mix it up for best results. Consider pairing employees to help each other through practice testing. Gamefication is also a great training tool for tougher programs.

4. Tailor training to your company: In a 24/7 environment, it can be pretty difficult to get all employees together at the same time. Your team is disparate, and could be located in several offices. Conducting training classes at different times of the day might seem excessive but will help those staff who can only work certain hours. Give them whatever tools necessary to succeed because the sooner they adopt your technology, the faster your ROI will be, too.

5. Recruit influencers: The quickest way to get resistors up to speed is to select staff who are comfortable with the new technology to promote its benefits. Not only will influencers speak positively about how it has eliminated painful tasks or saved time, they can act as a resource for other staff members who may need a little push. Stuck employees might also prefer going to a colleague rather than a manager because of embarrassment.

Learning something new takes time and practice, so you should have a realistic timeline for when you want staff to be ready—and then add two weeks to it. 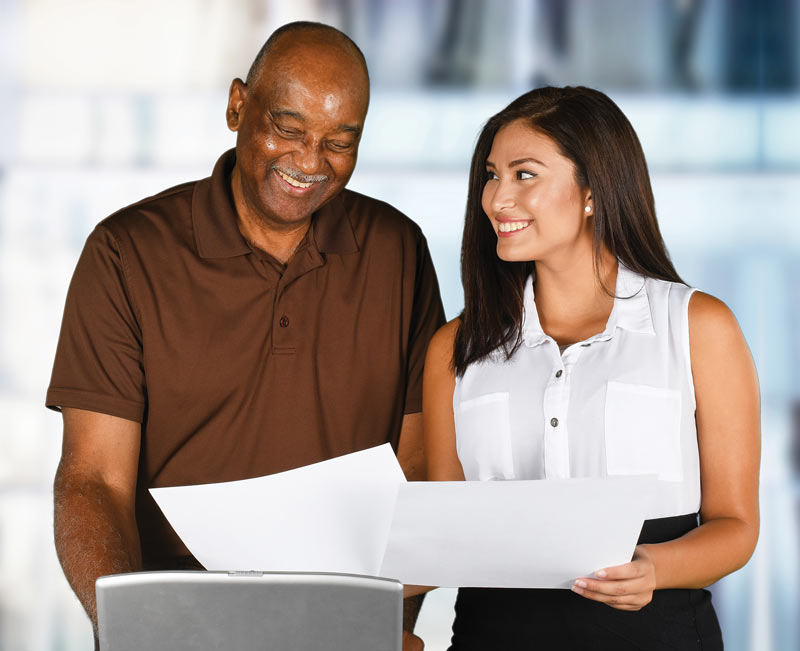 6. Adjust accordingly: Not only with training but also with the technology itself. It could be as simple as increasing screen brightness or a font size, especially if they are using a smaller device like a tablet. Modest changes could yield big dividends. You might also find blind spots or limitations with your selected technology that you never would have known about unless your team was learning it. Don't be afraid to ask for feedback and suggestions from your team—they will be using it more than anyone else.

7. Encourage play and incentivize: It's pretty obvious that learning something new takes time and practice, so you should have a realistic timeline for when you want staff to be ready—and then add two weeks to it. A good way to do that is to offer incentives for reaching certain benchmarks and encouraging employees to play with the technology when they have free time. Of course, it goes without saying that training time should be paid time. Carrots over sticks.

8. Retrain to retain: Quick—what's your AIM password from 2001? You're either laughing about all the time you spent on AIM ... or wondering what the heck it is. Skills weaken over time and when we don't use all of the programs every day, so offer regular training sessions as needed. If the lessons are available for free online through the company, all the better. Make sure you share it with staff.

Training will make all the difference when attempting a major—or even minor—change in your office. It's up to you to ensure that your staff don't become tech dinosaurs by giving them the best possible chances to learn and help the company move forward. Most people will go with the flow and pick up the new skills, and even the most stubborn can be lured with incentives and positive reinforcement. If you find that you truly have some holdouts after several attempts, it might be time to part company—they won't be a good fit for your business in the long haul.