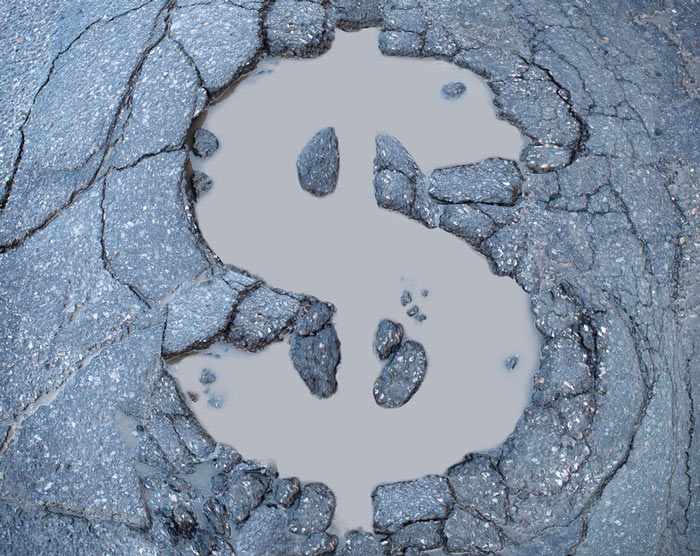 Big hurdles remain ahead on infrastructure funding and spending:
The Trump administration favors a public-private partnership with $200B in federal spending. Senate Democrats propose $1T in spending, with most of the funding coming from a rollback of some major elements of the Republican tax cuts passed last year, as well as ditching a tax break benefiting investment managers (Senator Charles Schumer of N.Y. has proposed scaling back the corporate tax to 25 percent from the newly lowered 21 percent, which was 35 percent in 2017). Meanwhile, Transportation Secretary Elaine Chao has recently cited approximately $4T in infrastructure needs. The infrastructure issue has bipartisan support but not consensus on spending: All agree that the issues with our roads, bridges, water, and electrical grids need to be addressed, but the devil is in the details on how to get there. Ongoing.
Sources: Washington Post, Times Union, Wall Street Journal 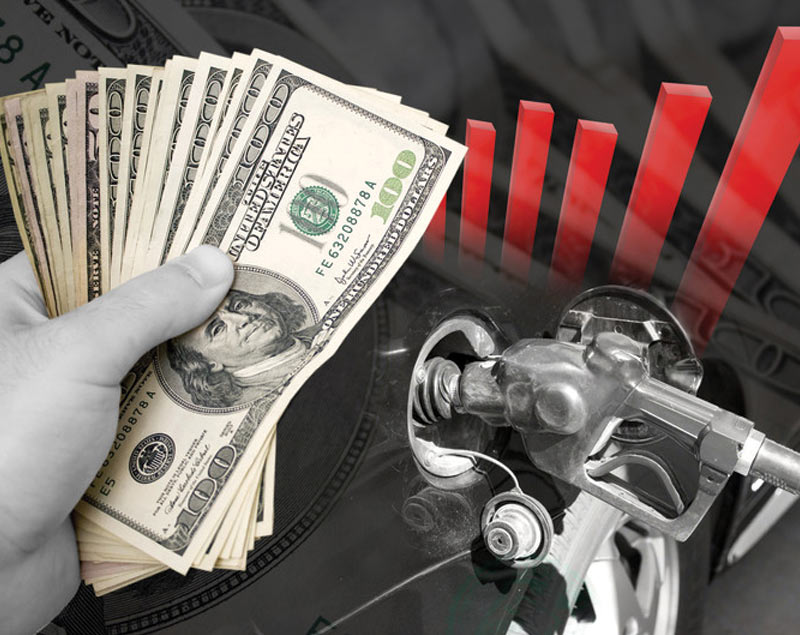 Replenishing the Highway Trust Fund is also topping the list:
Estimates vary, but sometime between 2021 and 2025, the Federal Highway Trust Fund will be insolvent at current tax rates, which is collected at the gas pump. Currently, drivers pay 18.4 cents per gallon, a figure that has not been indexed to inflation or raised in the past 25 years. The funds collected are used to maintain and repair national roadways. Compounding the problem is better fuel efficiency through traditional gas-powered vehicles, hybrid models, and all-electric vehicles that do not require fossil fuels. To head-off the problem, Missouri Rep. Sam Graves—who’s vying to become the new chairman of the House Transportation Committee—has proposed a vehicle-miles-traveled tax (VMT) in lieu of raising the gas tax. Although it is still a proposal, the fee would be in addition to the current gas tax rate, and would “level the playing field” so that all drivers pay for their use of the roads—even if they don’t currently use gasoline. All 50 states also impose their own state gas tax (about 30 cents on average) and some have been testing VMT taxes with successes (Oregon and Colorado among them). Late last year, The U.S. Chamber of Commerce also proposed raising the gas tax by 25 cents per gallon, a plan the group says would bring in more than $394 billion for infrastructure investments over the next decade.
Sources: McClatchy, The Hill, New York Times 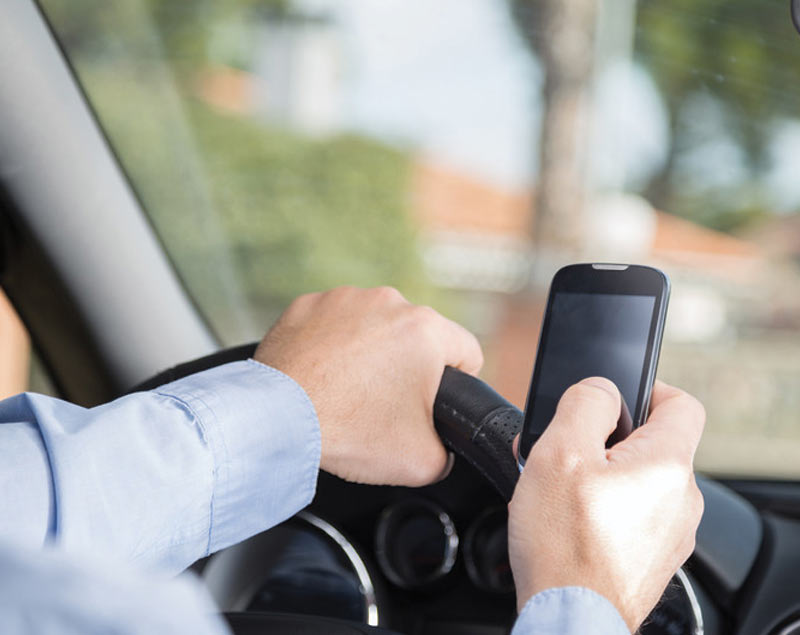 Maryland debates higher distracted driving fines:
State lawmakers are voicing frustration at the rates of texting while driving and are looking at higher penalties—increased from $75 to $500 for a first-time offender—to stem drivers’ behaviors. If passed, it would be among the highest fines in the country. Alaska—which for years could slap first-time offenders with a $10,000 penalty and up to one year in jail—lowered the fine for texting while driving to $500 in 2017. Drivers in Louisiana pay up to $500 for a first offense and $1,000 for a second offense. In Maine, first-time offenders receive a minimum fine of $250, while repeat offenders have their licenses suspended and pay at least $500. However, the National Highway Traffic Safety Administration (NHTSA) recently released a report that either the fines imposed were often lowered in court or drivers were given a warning by police in lieu of a ticket because of the punitive nature of the fines and the ubiquitous nature of cellphone usage behind the wheel. NHTSA also reported that nearly 3,500 people lost their lives and more than 390,000 people were injured as a result of distracted driving in 2015, which included texting or cellphone usage. As an aside: AM New York is reporting that New York Mayor Bill de Blasio is floating the idea of a fine for “distracted walking,” when a pedestrian is using a cellphone or otherwise distracted while in a crosswalk. Last year, a similar law was enacted in Honolulu in response to increased accidents between drivers and preoccupied pedestrians.
Sources: Washington Post, NHTSA, AM New York 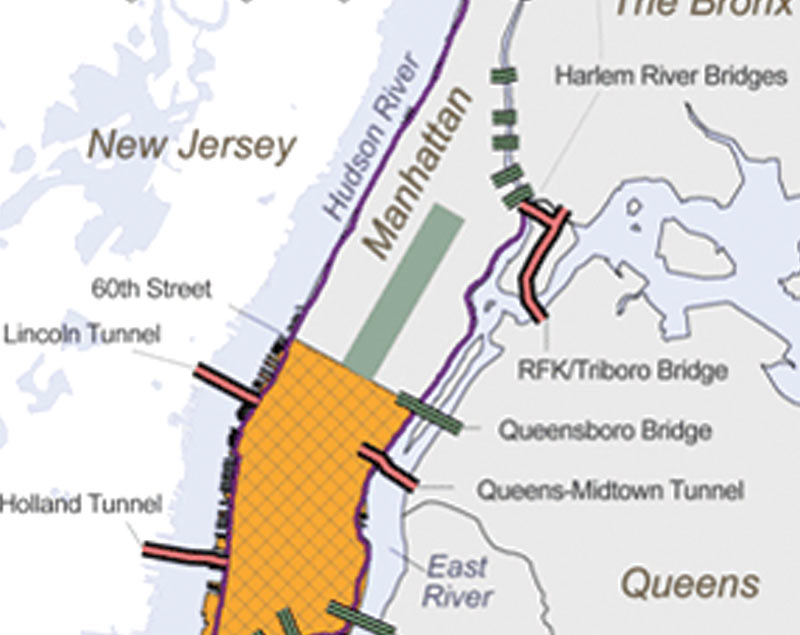 NYC congestion tolls lack support in proposed state budget:
Despite early backing in 2018 for an $11 fee assessed on vehicles entering certain areas of the Big Apple, the proposal seems all but dead in the 2019 proposed state budget—almost. While Republicans in the state Senate did not include any version of that plan in their state budget recommendation, the Democrat-led Assembly has endorsed a significantly scaled-back proposal that would impose new fees on taxis, livery, and TNCs. The Assembly endorsed a budget proposal that would add a $2.75 charge on TNC and livery rides below 96th Street in Manhattan, while taxis would be subject to a 50-cent-per-trip surcharge. The proposed plan would also impose a $1 fee on ride-sharing trips throughout the rest of the city and state—which caused Uber to quickly fire back about the unfairness of the proposed fee. According to a March Associated Press article, some level of surcharge on FHVs remains a possibility this year. Lawmakers and Cuomo could agree in the budget to pay for electronic sensors and video equipment that would likely need to be installed throughout Manhattan for any eventual tolling system. Ongoing.
Source: Associated Press 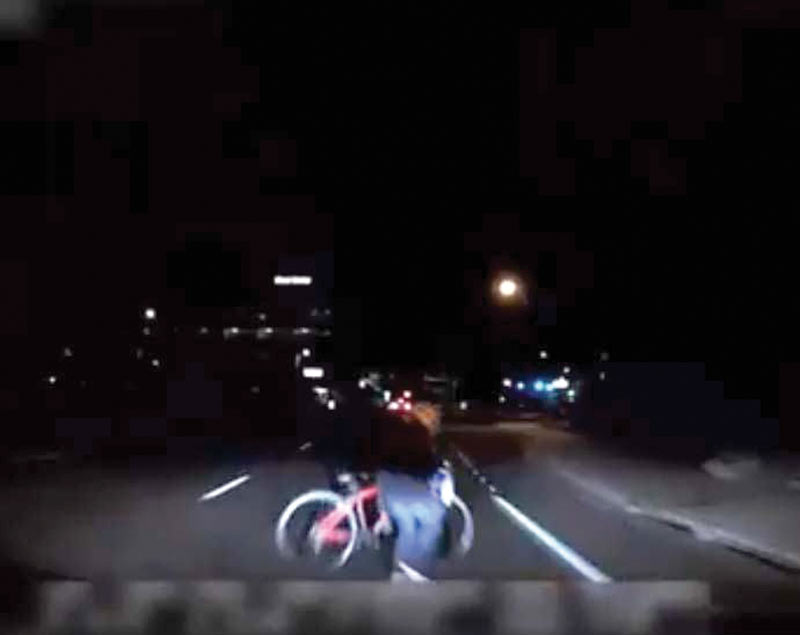 First autonomous vehicle fatality in Arizona after pedestrian struck:
A 49-year-old woman was hit and killed by an autonomous vehicle (AV) operated by Uber while crossing a street in Tempe, Ariz., this past March. As a result, the company immediately suspended its AV testing in San Francisco, Phoenix, Pittsburgh, and Toronto, pending outcome of the accident. There was a driver behind the wheel, although it was not immediately clear what actions the driver took to prevent the accident. Using cameras and LiDAR to detect obstacles, officials say that there is no evidence that the vehicle slowed down as it approached the woman, who was walking her bike across the road. Most accidents involving AVs have been other vehicles hitting it; this is the first reported fatality.
Source: AZ Central 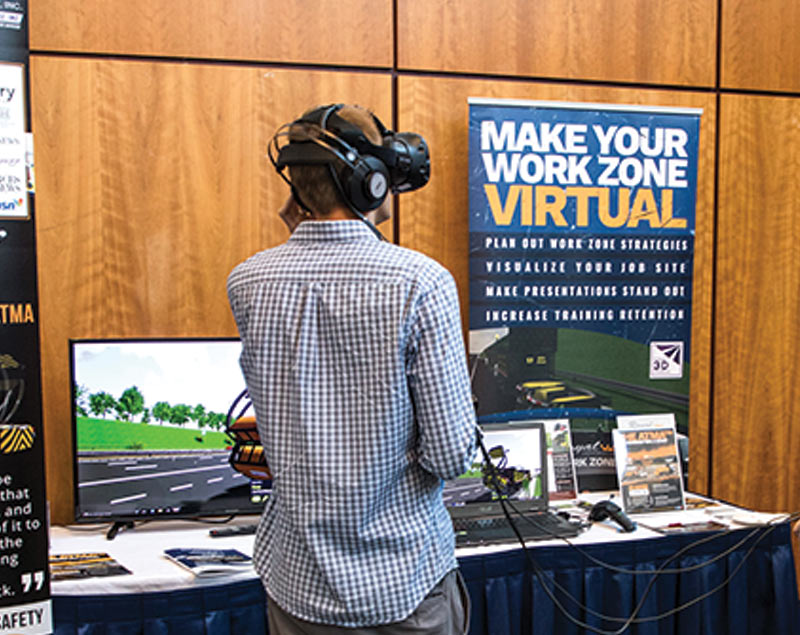 USDOT hosts AV Summit:
The U.S. Department of Transportation has partnered with a broad coalition including industry reps, academia, state and local governments, safety advocates, and transportation stakeholders to encourage the safe development, testing, and deployment of automated vehicle technology, which was the premise of its March 1 AV Summit at the USDOT headquarters in Washington, D.C. The goal of the summit was to seek the public’s input on AV technology and how it can move forward—always with safety as its first initiative. Transportation Secretary Elaine Chao touted the benefits of automation highlighting the potential for AVs to reduce the 94 percent of traffic collisions caused by human error, increase efficient use of roadways, and expand access to transportation for the elderly and people with disabilities. Later this year, USDOT will release a third part to its initiative to welcome AVs into the public and governmental space—which will include cooperation across several agencies while previous segments have primarily detailed NHTSA’s role. The deployment of AVs will require not only a significant amount of technological progress in the private sector, but also a concerted government effort to update policies that are inherently incompatible with AVs; these documents are the first steps in detailing how regulations will need to be updated to meet the brave new world.
Source: USDOT