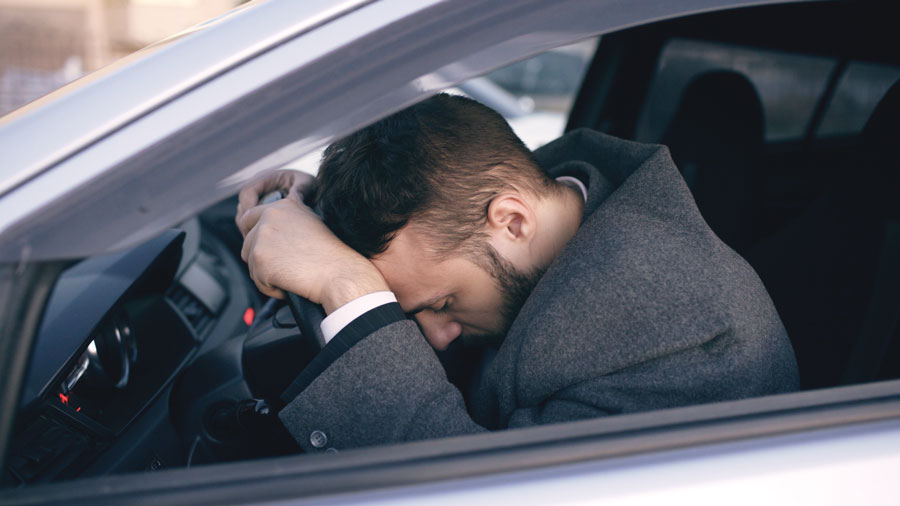 Living in the Information Age, we are bombarded on a daily basis with a tremendous quantity of often mind-numbing statistics that may or may not have relevance to our professional or personal lives. In the chauffeured transportation business, however, two recent alarming reports from the U.S. Department of Transportation’s 2016 National Highway Traffic Safety Administration (NHTSA) should concern the owners of luxury ground transportation companies—and their chauffeurs.

While clearly not all of these fatal encounters were the result of errors by professional drivers or chauffeurs, a whopping 94 percent were the result of what NHTSA termed “human choices.” And in today’s hyper-litigious society, more often than not, that “human” is the driver, not the often-distracted pedestrian or cyclist.

Not all of these accidents occur in congested ­urban environments, but rather are becoming all too common in suburban and even rural areas as well.”

The following case studies illustrate two examples of how costly these dangerous interactions between pedestrians, bicyclists, and commercial passenger transportation vehicles can be, both in human and financial terms. Contrary to popular perception, not all of these accidents occur in congested urban environments, but rather are becoming all too common in suburban and even rural areas as well.

A chauffeur based in one of the New York City boroughs had a rough night’s sleep due to bad head cold. He was fatigued when his shift began; to reduce the outward symptoms of his condition he ingested significant amounts of over-the-counter cold and flu medications. Unfortunately, he did not choose the non-drowsy versions.

His first job of the day was a 9:00 a.m. pickup at one of New York’s notoriously congested airports, so he arrived at the cellphone lot early to try to get some sleep before picking up his client. About 15 minutes into his much-needed nap, he received a call from his client informing him that his flight had arrived early, he had his luggage, and was ready to be picked up.

The chauffeur quickly tried to rally from his drowsy condition and proceeded to the passenger pickup area. However, a long-term construction project at the airport had changed the entire passenger pickup process, and he entered the detour-laden area not exactly sure of where he was going. Pedestrians were everywhere, and many of them were also not familiar with all the detours and closed walkways.

Traffic moved at a crawl, and the driver’s frustration, coupled with his lethargy, caused him to accelerate when he shouldn’t have—made even worse by the fact that he was looking over his shoulder at the time and not paying attention to what was happening in front of him. A woman pulling a roller bag screamed just as his sedan made impact, and pinned her between his vehicle and the car in front. The chauffeur jumped out in a panic while other pedestrians yelled at him to get back in his car and put it into reverse to free the pinned pedestrian. He finally did just that. The mayhem continued as the police rushed over from the nearby terminal and an ambulance was called.

The severely injured female pedestrian ultimately filed a lawsuit against the transportation company and its chauffeur, eventually settling the case for $1.5 million.

Physical Fitness and Dispatch Coordination Are Key
Being ready and prepared for driving is much more than being available for dispatch with your vehicle ready to go. The preventable accident above identifies the important issues related to knowing when to drive and how to properly prepare for a day’s (or night’s) work. The simple answer is to stay home when you are too sick or tired to drive, but unfortunately, the simple answer is not always the one chosen. Furthermore, the U.S. Centers for Disease Control and Prevention estimate that nearly one in three adults are sleep deprived, getting less than six hours of needed sleep. It’s a challenge for chauffeurs who have to contend with odd hours, and can be an issue for transportation companies not monitoring it.

Fatigue related to a poor night’s sleep or ingesting cold medications to “make it though the day” is often considered part of the everyday life of a professional chauffeur. However, this claim demonstrates that when construction projects, unusual traffic conditions, and unexpected detours in a familiar location are added to the mix, the chauffeur requires a clear head and total focus for safety’s sake. Not surprisingly, the loss-prevention solutions should have begun well before the unfortunate chain of events that led to this accident.

Preventing this type of serious incident begins with the transportation company’s corporate guidelines. As an owner, you have to ask yourself some questions: Does your company have a fatigue and wellness management program, and, if so, are all your chauffeurs aware how fatigue and over-the-counter medications affect their driving? Second, are your operations and dispatch personnel included in this critical information loop, and are they prepared to manage your reservations when there is a legitimate need for a driver to call in sick or be pulled from the rotation? While the ideal answers should be “yes” to all of the above, the reality is often quite different.

Undoubtedly, this claim relates to the added risk of a fatigued and illness-impaired chauffeur who consumed too much medication being dispatched by an uninformed dispatcher who did not know the true risk associated with sending that member of the driving team on any assignment in his weakened condition. Providing drivers and dispatchers with a clear and workable communications process is a critical risk management tool that goes a long way toward preventing costly accidents such as this one. CASE STUDY #2

A scheduled pickup took the chauffeur to an upscale neighborhood in Los Angeles. Her first thought was that it was very pleasant to avoid the crushing L.A. freeway traffic—other drivers on the road seemed less hurried and the surroundings were tranquil. She was relying on her GPS to find her client’s residence. As she neared the destination, the streets became shorter and more difficult to navigate, resulting in her making some wrong turns. 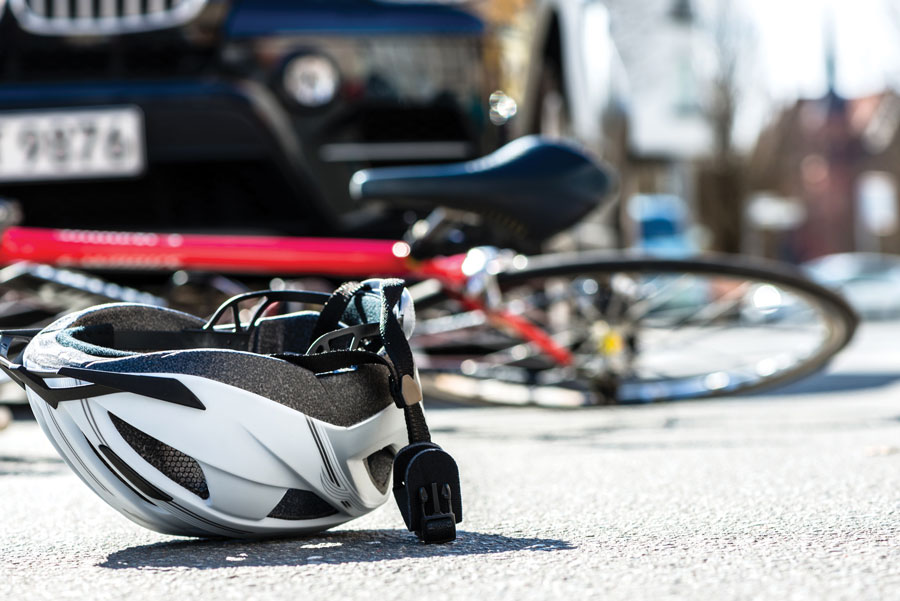 Earlier, she had noticed that several bicyclists were riding in the area, but her primary concern was making an on-time pickup. She passed a street that she thought might have been the one she was seeking, and turned to look over her shoulder to confirm the name on the street sign. As she turned, her vehicle drifted slightly to the right, crossed the “fog line,” and struck a 75-year-old man legally riding his bicycle on the right side of the line. The impact caused him to veer into the curb and he was thrown from his bike onto the pavement.

The chauffeur immediately stopped and rushed to the cyclist, who was now sitting on the curb to check on his condition. She did not see any apparent signs of injury and asked him if he was OK. He said he was fine, but his head hurt and he was dizzy from striking it on the pavement. He further claimed he did not want an ambulance, but a nearby resident who saw the event had already called one. The local police were also called to the scene. The cyclist was encouraged by the ambulance attendants to allow them to transport him to the hospital to be checked out, but he refused and went directly home. The chauffeur was issued a traffic citation on the scene.

Later that day, the cyclist developed a severe headache and was rushed to the hospital that evening. Unbeknownst to all, he had suffered a subdural brain bleed from striking his head on the pavement because of the earlier accident; he eventually slipped into a coma and died two days later.

A wrongful death claim by the deceased man’s family against the transportation company resulted in a lawsuit that was eventually settled for $2 million.

Select Your Route in Advance and Keep Your Eyes on the Road
This claim is a good example of the daily, practical issues of chauffeur preparation, route selection, and the use of technology as a driving aid. The current widespread reliance on GPS devices for directions and driving instructions is a significant distraction for chauffeurs. Dispatching a driver without local road and mapping knowledge increases the risk for any trip. Providing traffic, road closure, and routing suggestions is a useful approach and increases the chauffeur’s ability to navigate the trip successfully. Simply relying on GPS for routing and drive instructions not only impairs the chauffeur’s ability to make driving decisions, but also becomes a major distraction.

This fatal encounter demonstrates the tragic consequences of the reliance on GPS alone rather than pre-trip preparation and general pre-departure knowledge of the pickup location. The solution is to provide chauffeurs with regularly updated information and training about the areas they are dispatched as well as frequent updates to road construction and changing traffic patterns even in “familiar” locations.

GPS and other technology are not substitutes for firsthand knowledge. When any driver is unsure of a route or destination, they should pull over to a safe location and either figure out the answer to the problem or reach out for assistance from their dispatcher, rather than proceeding without clear directions. DRIVING DEFENSIVELY INCLUDES PEDESTRIANS & CYCLISTS
These two low-speed, distracted-driving accidents involved experienced chauffeurs—one resulted in a fatality, and the other caused a very serious injury—with a combined claim cost of $3.5 million.

Unfortunately, based on NHTSA statistics, it’s highly likely that these types of accidents will continue to increase over the years. It is critical that chauffeur training includes the importance of instilling extra vigilance and awareness, particularly when difficult-to-maneuver larger vehicles are involved, not only in congested city traffic, but also anywhere in which pedestrians and bicyclists are sharing the road with them.  [CD0518] Randy O’Neill is the Senior Vice President of Customer Service at Lancer Insurance. He can be reached at roneill@lancerinsurance.com.