By Patrick O’Brien and Bryan Coryell

Let’s face it: Accidents are part of the business. Even the most familiar routes—navigated by the most careful chauffeurs—can lead to disaster. You may diligently vet your driving staff and arm them with intensive training, but you can’t stop other drivers, unruly passengers, unsafe road conditions, and all other matters of unpredictable hazards from wreaking havoc on your seemingly ironclad safety precautions.

Many prior articles have extolled dash cams as extremely important tools when it comes to keeping documented evidence of an accident or crime, for both insurance and legal purposes. A key function of these affordable and feature-rich cameras is the fact that they can be easily coupled with different on-board technologies, such as recorders and GPS devices. 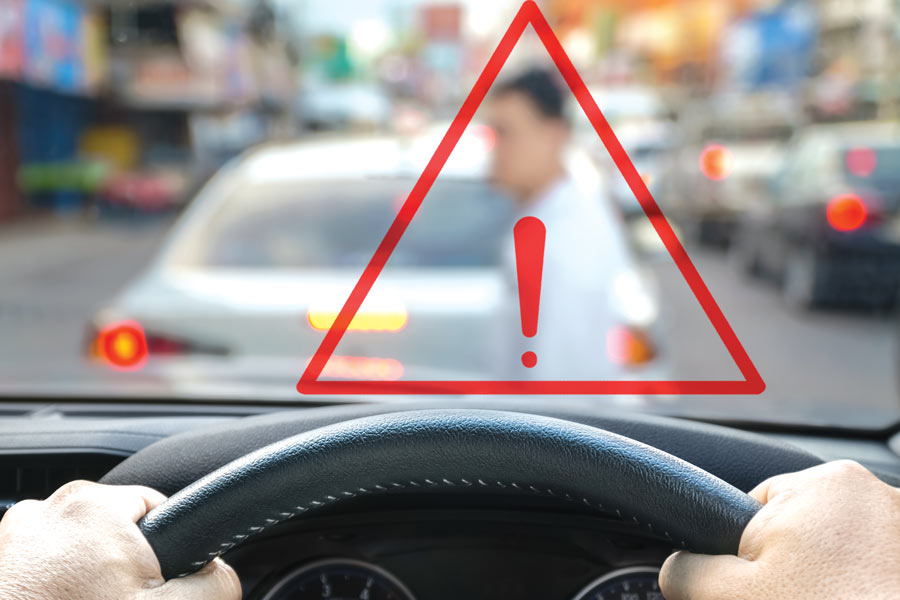 While dash cams are firmly entrenched in the industry the technology is only getting better, more streamlined, more cost-effective, and easier for transportation companies to utilize. This is why you can’t afford to dismiss the crucial role that they can play in minimizing risks to your business. Gone are the bulky, unwieldy units that were unsightly or had limited recording: Today’s cams offer GPS and real-time viewing. Some SUV and sedan manufacturers are even offering the service in their products with built-in OEM equipment. These days, dash cams are widely used all around the world by civilian drivers, driving instructors, taxi and bus drivers, police officers, and, of course, luxury ground transportation companies. (A number of operators sounded off on this very topic in Chauffeur Driven’s January 2018 issue to mostly rave reviews about their experiences with the technological asset.)

Simply put: If you’re not using dash cams in your business, you should be. You want to preserve evidence of what has happened both inside and outside your vehicles, which is precisely why millions of drivers have decided that they are must-have investments. And since the camera typically starts recording as soon as the engine starts, it will provide real-time, exhaustive, and often incontrovertible proof in the case of an accident, which will likely hold up in court.

Your chauffeur tells you he was in an accident and swears it wasn’t his fault. But how do you know? What’s more, how does your insurer or your lawyer know? And how can anyone prove it? Rest assured, your insurer is almost certain to receive a letter from the other guy’s lawyer claiming that your chauffeur is at fault. And you can also be sure that he’ll be demanding hundreds of thousands of dollars in damages. Or let’s say your chauffeur tells you the other car backed into him while the other driver claims to have been rear-ended.

In both of these scenarios—and countless others—a dash cam solves the problem. The video evidence removes the uncertainty and guesswork while providing definitive, objective evidence of what occurred. What’s more, these videos are generally admissible evidence in court. The dash cam is the strongest and most efficient evidence you can have for defending yourself in the case of an accident, and it can save you a lot of time, money, and trouble in the long run.

We’ve all seen the footage of insurance-fraud scammers purposely causing car accidents to extort money from the victim. This is a widely used practice nowadays, and its perpetrators usually look for high-end car drivers to extort—and all the better if the fraudster discovers that he is scamming a transportation company with a bigger insurance policy. The alleged victim often has no way to prove their innocence, which is what the fraudsters are counting on. These people fake injuries, especially those that are difficult to disprove (think whiplash, soft tissue injuries, back pain, and neck pain) to collect money from your insurance company, driving up your premiums. What’s worse, they will claim damages for their “pain and suffering”—what the legal field calls “general damages”—which can often be much more costly than the “damage” to their vehicle. A dash cam arms you with ironclad evidence that your chauffeur didn’t cause the accident and can head off fraudulent claims by providing your insurer and lawyer with the evidence they need to refute them. Of course, if your chauffeur is at fault, the dash cam will provide cause for termination.

Dash cams can also help you deal with fare and driver disputes. Have you ever received a complaint that your chauffeur was rude or unprofessional? It’s difficult to respond to such a complaint when you don’t know what really happened. Further, you don’t know how to address your chauffeur in the face of an unsubstantiated claim, especially if it’s out of character for them. Do you discipline the chauffeur, provide additional training, or chalk the matter up to a rude customer who wanted to get a discount? A dash cam can provide you with the information you need to evaluate and address these situations and more, helping you make better decisions.

Just one word of caution: Some states have “eavesdropping” laws prohibiting the surreptitious audio recording of conversations in various situations. If you plan to use audio recording along with video, you should consult the laws of your particular jurisdiction, as you may need to notify your passengers about the audio recording prior to the trip.

Depending upon the brand, some drive cams can capture a crime, such as your vehicle being vandalized in your parking lot or an accident that involves your chauffeur getting hurt outside the vehicle (e.g., a hit and run where your chauffeur was stuck by another vehicle when handling a passenger’s luggage, etc.). Moreover, if chauffeurs know they are being recorded and tracked for aggressive driving (many drive cams offer alerts for excessive speeding or hard braking), they are more likely to watch their behavior. You’ll have the evidence if termination or additional training is necessary. Some cameras also can detect drowsy or distracting driving.

In the end, dash cams are an excellent way to protect yourself, your business, and your employees. And, when compared to the cost, the savings in time, money, and frustration make them worth every penny—because it’s better to have a dash cam and not need it than it is to need it and not have one.