Team One Wins The Executive Game in San Diego 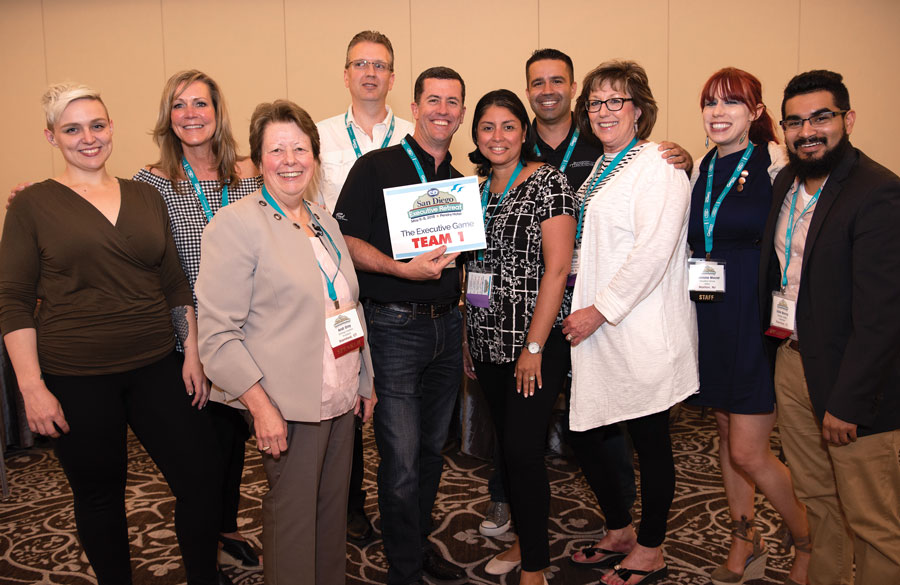 L to R: Robyn Cohen Goldenberg of Strategy Leaders, Kathy Kahne of Windy City Limousine, Andi Gray of Strategy Leaders, Brion Svenson of Four Star Limousine, Shawn Glasgow of Peak Limousine, Nancy Vargas of DH2 Chauffeured Transportation, John Oulton of Richmond Limousine, Terrie Lane of Grand Avenue Limousine, Team One’s “accountant” Madeleine Maccar of Chauffeur Driven, and Eddie Monroy of Strategy Leaders (not shown: Brandan Stein of Exclusive Sedan Service) When we debuted The Executive Game as a novel, immersive learning experience at the CD Executive Retreat in San Diego (with lots of help from our friends at Strategy Leaders who created the original game), we knew it’d bring out everyone’s ultra-competitive sides. We just didn’t know exactly how a game built on the foundation of planning out a five-year exit strategy would get our eight teams fighting for victory.

Congratulations to the first-ever winners of The Executive Game!
While some players strategized their team selections, other offered the CD “accountants” bribes in exchange for the hopes of a reroll of the dice or to pick a better “chance” card. Teams pushed their time limits while agonizing over the three cards they would play that round.

But in the end, with a narrow margin of victory, Team One emerged victorious. They worked hard and worked together, literally playing all their cards right to come back from a devastating first-round chance-card pick that had them carefully plotting their course through the game’s next four rounds.   [CD0618] 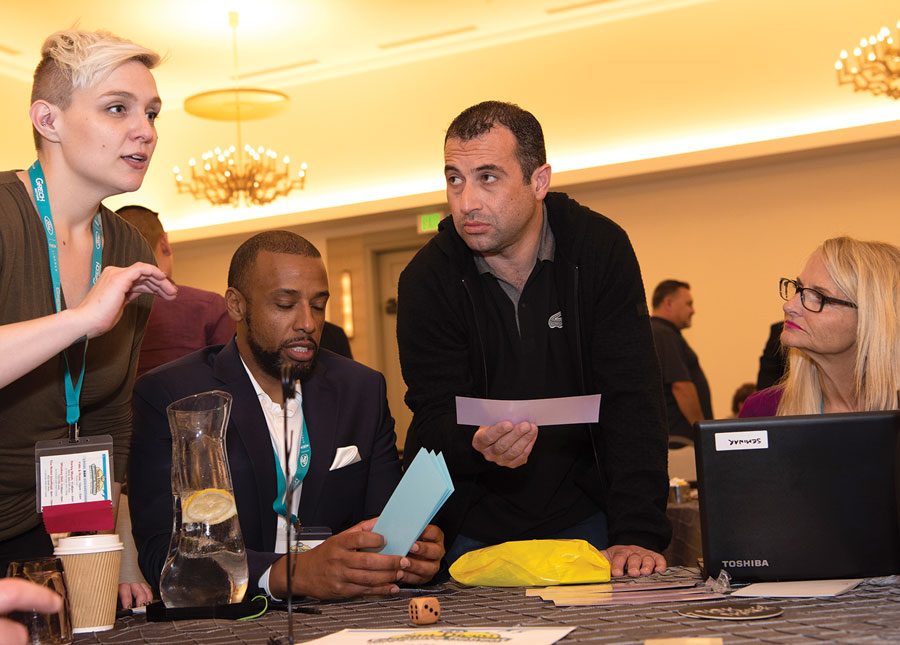 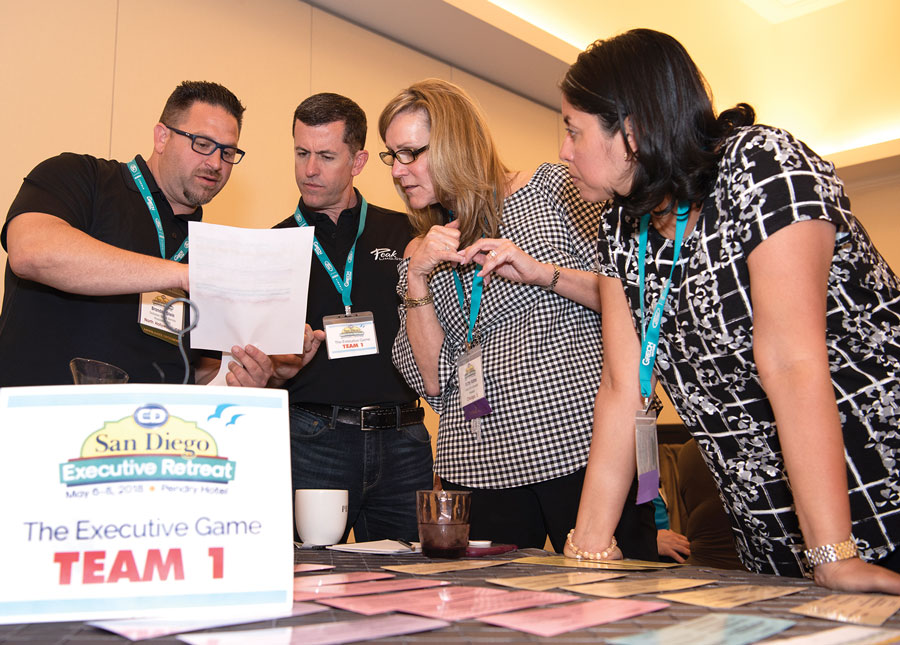 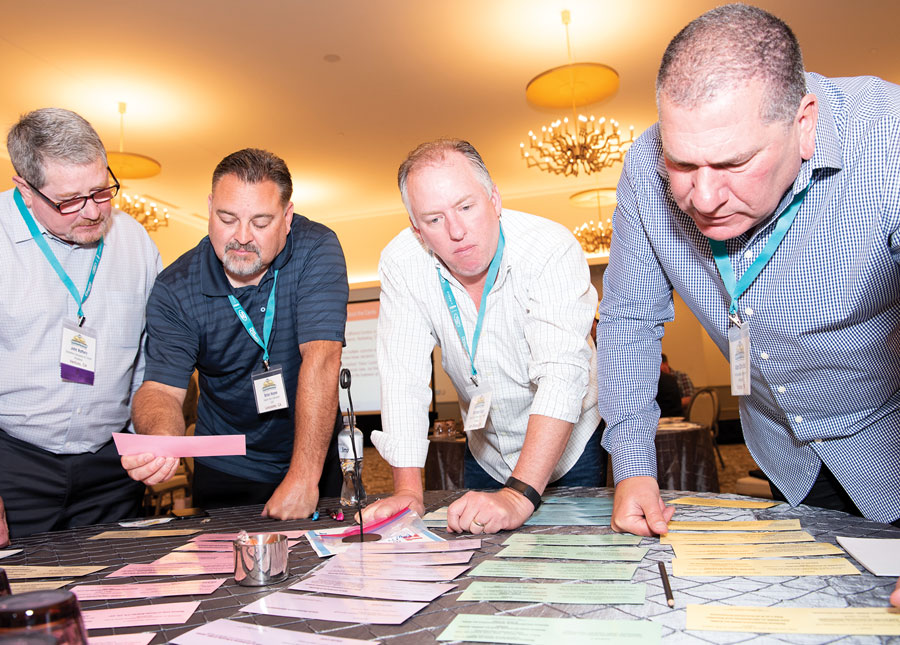 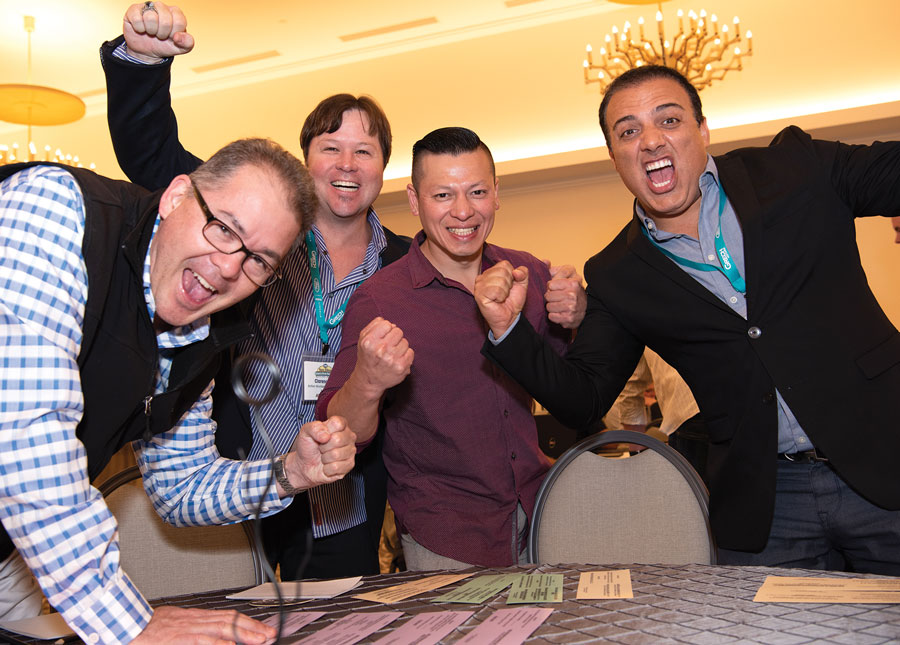