Q&A With Jeff Wells, Founder & President of WISH for OUR HEROES

A former Army Captain and the recipient of the Bronze Star, Jeff Wells founded WISH for OUR HEROES (W4OH), a nonprofit organization that grants “wishes” to military families in need, after he left active duty in 2005. The organization began with a handful of military veterans collecting change at stoplights, but has since grown to include 300 regular volunteers operating out of its six chapters in San Antonio, Indianapolis, Jacksonville, Phoenix, Denver, and Washington, D.C. To date, W4OH has assisted more than 30,000 military members, granting wishes that range from groceries and transportation to vehicles and vacations.
Since 2016, W4OH has been the featured charity at the Chauffeur Driven Charity Dinner & Auction held each year at the CD Show. We’re thrilled to welcome them back for this year’s charity event at the Gaylord National in National Harbor on October 9, which is sponsored by Aadvanced Limousines. We talked with Wells about the history of W4OH and the work the organization does each day for military members. 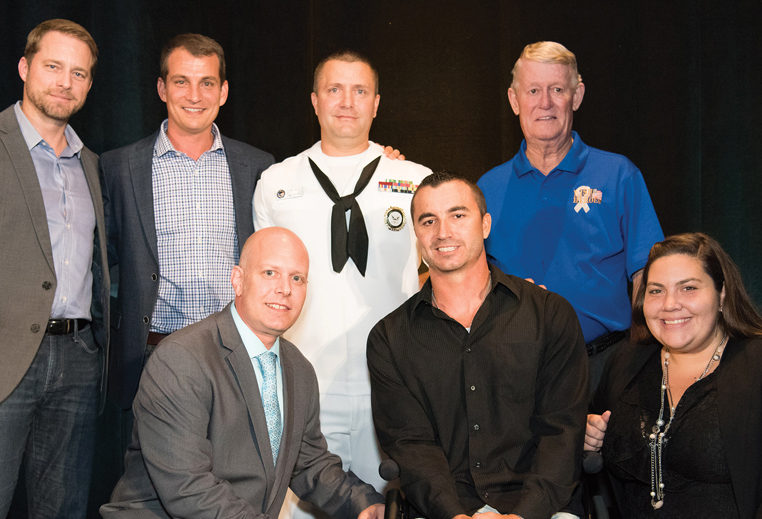 Chauffeur Driven: What was the impetus behind founding W4OH?
Jeff Wells: I remember it like it was yesterday: We just returned from a patrol in Iraq where we lost two soldiers, and I saw one of my men crying on the steps of our TOC (Tactical Operations Center). I sat down next to him and assumed he was upset about losing the soldiers. It turned out that he had re-enlisted for six years and received a $10,000 bonus, which is half of what he made a year. He had gone to the computer café to check to see that his bonus has cleared, and the money had been entirely withdrawn by his wife, who was struggling with drug addiction. He couldn’t reach his children, and was completely helpless. He applied for assistance through multiple channels and got no response. I was his leader and didn’t know what to do to help.

You might assume that if a soldier is deployed and fighting in combat that food is provided for their families, along with a place to live, but that isn’t always the case. When you’re in combat, you expect that folks might die in action, but you don’t anticipate units being torn apart by things happening back home.

When I returned from my deployment, I spent some time talking to my dad, who was a veteran of Korea and Vietnam, and we vowed that we would start something to help people with those needs. He passed away April 27, 2009, after an extended illness. But during my last week with him, we put together a business plan and decided to start W4OH. We put the ball in motion.

CD: Did you have any prior experience with charity work?
JW: When we started W4OH, I didn’t have a dime to my name, or any experience running a charity. I had no connections, no accountant, no attorney. I called some old military buddies and asked if they wanted to be part of it, and we made it happen.

We started by taking donations at stoplights. We raised a few hundred bucks, and called a military chaplain to ask if he knew a family that needed help. Then we did the same thing again. And again. And again. Pretty soon, people took interest and got involved.

CD: Is your position as W4OH president your full-time job?
JW: No, it seems like a full-time job at times, but it’s entirely volunteer based. I have a day job; my wife and I own our own real-estate business. To this day, we literally have one part-time employee working for the charity. Everyone else is solely volunteer.

CD: What were some examples of the ways you helped families early on?
JW: The first wish we granted was for a family of six out of Fort Hood, Texas. They had a few household emergencies happen at one time, and were having a rough time financially. The father had been deployed in numerous places for three of the last five years, and literally couldn’t put food on the table or get back and forth from work since the family car had broken down. We came in and provided five to six months’ worth of food, and repaired the vehicle.

Early on, the majority of wishes were referred to us from people we knew in the military. You’d really be surprised how many are just requests for groceries. Last year alone, we spent $400,000 to put food on the table for ACTIVE duty families. Some of our first wishes were providing funeral expenses for a few families that lost loved ones.

Basically, we try to assist with things that slip through the cracks from government programs or other charities.

CD: While certainly every wish W4OH has granted is memorable, are there any that are particularly special to you?
JW: I have two favorite wishes we granted when we first started. We had a Special Forces soldier named Tim who was the most-wounded living veteran in Indiana. He lost both legs and an arm in Iraq. The only reason he survived was because of an incredibly brave action by a Special Forces medic. Tim had stepped on an IED, which killed the soldiers around him, but the medic stepped up and performed a heroic series of actions to save his life.

Tim was in rehab at Walter Reed National Military Medical Center, but lost touch with the medic. Tim’s family contacted us to see if we could track him down. We found out that he was at Fort Bragg, so we arranged a meeting. The feeling I got when the medic came in the room was like nothing I had ever experienced.

Another story involved a young marine in North Carolina, who lost his leg in combat. He refused to ask for any help. He, his wife, and three kids were sleeping in a trailer, and the only piece of furniture in the house was a crib, which was actually donated by Michelle Obama when she came to visit the base. The marine’s nurse contacted us and explained the situation. We got a bunch of soldiers together and rented a truck, and we bought a whole house worth of furniture. He was too proud to ask for help, but when he received the furniture, he was thankful and happy.

CD: How does W4OH raise funds throughout the year?
JW: Primary fundraising comes from individual donations. We consider it a very “blue collar” fundraising base; many people donate $25, $50, $100 a month—whatever they can afford. This is beneficial in many ways because we are not relying on a single big company or donor every year.

We also do seven or eight large events, the CD Show being one, which raise roughly half of the wish budget for the year. Our largest event is the Whiskey & Wishes Heroes Gala, which we do with Coach Gregg Popovich and the San Antonio Spurs. It’s our fifth year, and we’re expecting attendance of 1,500 at our event in September.

CD: How did you become acquainted with the legendary “Coach Pop”? Does W4OH work with any other notable people?
JW: One day I received a call, and he said, “Hey Jeff, this is Coach Popovich.” He saw us taking donations at stoplights, and wanted to get involved. For two or three years, he worked out of the spotlight, and would just send in monetary donations. Then, he decided he’d like to do something higher profile, and encouraged us to “use his name” to increase awareness of W4OH. Last year, we raised nearly $400,000 at the event. 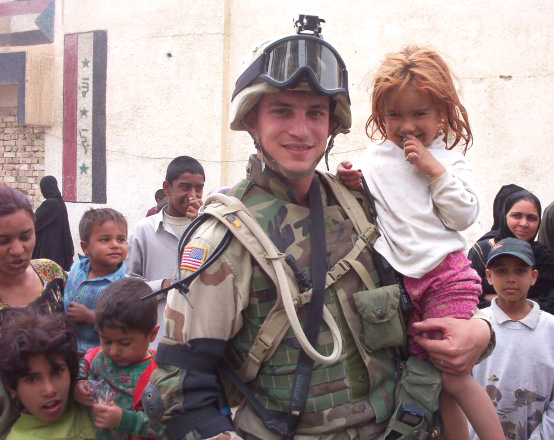 We’ve had a variety of actors involved over the years, including Kyle Chandler from Argo and Bloodline, and Drew Waters from Friday Night Lights, who attended the CD auction last year. We also work with a number of professional athletes, including George Hill from the Cleveland Cavaliers and Pat McAfee from the Indianapolis Colts.

CD: Chauffeur Driven was introduced to W4OH through Aadvanced Limousines, which will again sponsor our Charity Dinner & Auction for a third year. How did you meet owners Ken and Kristie Carter?
JW: Aadvanced has been phenomenal in their support of W4OH, both through the Chauffeur Driven Show and just in general. I can’t say enough good things about Ken, Kristie, and the company. We’ve had service members in dire, dire situations, and we reached out to Ken to see if he could give them a ride to the doctor or work. He has always deployed someone faster than even the military could.

We met the Carters through Pat McAfee, since they handle his transportation. At some point, they had a conversation about our organization, and Ken and Kristie decided to get involved and help out.

"You might assume that if a soldier is deployed and fighting in combat that food is provided for their families, along with a place to live, but that isn’t always the case."

We’re honored to be back at the CD Show for a third year. The funds raised at the auction those two years were tremendous, and we used 100 percent of the money donated by your attendees to grant a variety of basic-needs wishes. Most recently, we purchased a new vehicle for family with a child with a permanent disability. We’ve also used close to $30,000 of the funds last year just to put food on the table for military families around country.

CD: Aside from taking part in our Charity Dinner & Auction, what can people do if they want to help W4OH?
JW: We encourage people to get involved through our website, wishforourheroes.org. If someone wants to donate money, volunteer, or submit a wish for a military family, they can do it there. We’re thankful for anybody doing anything that is productive in helping our heroes. For some people, it’s donating money; for others, it’s connections or time. That’s the lifeblood of our organization. We believe that goodness comes from the desire to help others.

I can’t express my thanks enough to Chauffeur Driven and its readers. We’re going to grant a wish at the show again this year, and we’re looking forward to being there.

If you’d like to contribute to our WISH for OUR HEROES fundraiser prior to the CD Show, visit gofundme.com/cd-2018-charity-event