This August, New York became the first major city to place a cap on the number of for-hire vehicles (FHVs) allowed to roam city streets. This comes after more than a year of several well-publicized driver suicides: These tragedies prompted impassioned calls for action from lawmakers and regulators regarding driver incomes, which have been severely affected by the unprecedented rapid growth of app-based FHV services like TNCs. The current oversaturation of the market has resulted in a thinning-out of work, pushing drivers to work longer and longer shifts to earn what once took them a fraction of the time. Adding to drivers’ mental stress is the record-setting traffic congestion levels created by the massive influx of app-based FHVs, making New York’s once-bustling streets seem like a slow molasses drip. 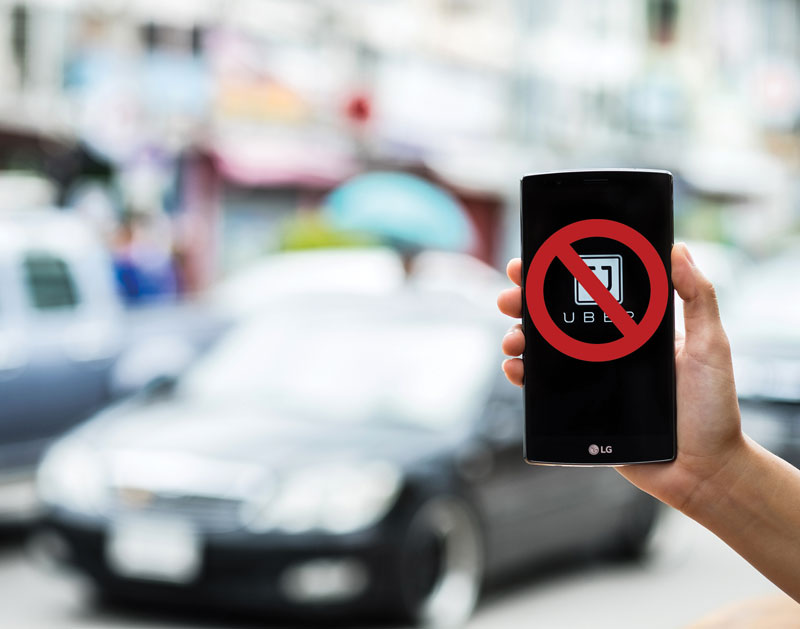 The concept of capping app-based vehicles is and has been complicated in New York. From very early on, app companies were forced to conform to and consistently operate within pre-existing industry frameworks for consumer protection. For example, New York’s various FHV sectors paired with the apps’ operational nature and business models meant that TNCs could find a home among the city’s black car sector—ultimately evolving New York’s traditional definition of a black car. (New York’s traditional FHV sectors have long been commodity services for businesses contracted with them for client transport, event line work, and airport runs.) In 2011, NYC had nearly 40,000 licensed FHVs on the road; today, we’re approaching an unprecedented 103,000 vehicles. With such unchecked growth and the debilitating congestion it generated, action was needed before the sector reached a breaking point.

Even though app-based companies found a legal home among black cars, the New York City Council did create a new designation for them. “High-volume for-hire service” described the largest FHV companies dispatching at least 10,000 trips per day—or the app companies, the four largest of which completed more than 75 percent of all FHV trips in 2016 and 2017. The ensuing legislation and agency rulemaking aimed at app-based FHVs still applied to the entire black car market TNCs were included among, though.

So when NYC Mayor Bill de Blasio signed Introduction 144-B into law August 14 that required the NYC Taxi & Limousine Commission (TLC) to refrain from issuing FHV licenses to any new vehicle applicants (not TLC FHV driver licenses) for 12 months, it applied to the entirety of the city’s FHV industry. This includes black cars and liveries—sectors that statistics show are not even remotely responsible for either current congestion issues or drivers’ financial burdens. While the app-based service companies are, without a doubt, to blame for not only New York’s unprecedented overall FHV growth but also constantly undercutting rates to attract customers, traditional FHV companies have gone about business as usual, adding only as many cars as client demand dictates and continuing to self-regulate internally in regard to vehicle quality and standards.

Many felt the most appropriate approach would have been capping only the growth of app-based FHVs to solely penalize those contributing to unmanageable growth. After all, the largest FHV companies have achieved an economy of scale affording them the flexibility to adjust for the regulations. These high-volume for-hire companies have choices to make: Become more efficient in terms of dispatch operation (like less empty cruising time for drivers) to help account for the new costs of doing business, raise passenger fares, or lower the commission percentage taken from drivers.

‘High-volume for-hire service’ described the largest FHV companies dispatching at least 10,000 trips per day or the app companies, the four largest of which completed more than 75 percent of all FHV trips in 2016 and 2017."

During the cap, the TLC, in conjunction with NYC’s Department of Transportation, must conduct research to determine and set a “vehicle utilization standard.” The legislative language defines this as a mechanism establishing “... efficient use of FHVs based on the time spent and/or distance traveled by FHV drivers while transporting passengers or while they are available to accept dispatches from a base; and the number of passengers transported by each driver.” While politicians responsible for the drafting and passage of this legislation directing the TLC to initiate agency rulemaking mandating such a study and cap have already taken their bows and continue to enjoy widespread public praise, much remains to be seen.

Major loopholes mean that app-based operators can continue as usual. The new law specifically allows for the issuance of unlimited licenses to for-hire wheelchair-accessible vehicles (WAVs) while the cap is in place. It is an overly costly barrier to alternative market entry and drivers will be expected to make burdensome, largely impossible investments, while app-based services could easily purchase WAVs to add vehicles circumvent the cap—right now, they are the only group capable of shouldering such costs.

There is another major loophole built into the rule. It was intended to ensure consumer protection but is actually perfectly positioned to be leveraged by app-based operators. To address concerns over what a cap would mean to outer boroughs’ residents (often called “transit deserts” for lacking access to adequate mass transit service), the legislation allows the TLC to “... issue any number of for-hire vehicle licenses upon a determination by the commission that issuing such number of new for-hire vehicle licenses would increase the availability of for-hire services in different geographic areas of the city where such services are needed, and where such licenses would not substantially contribute to traffic congestion.”

App-based services can take advantage of this loophole due to their large wealth of data and unprecedented ability to interpret it; it is plausible to assume the issuance of additional licenses would be permitted for some neighborhoods. And while it might be technically incorrect to call it a “loophole,” it is also important to remember that not all licensed FHVs complete jobs every day. Uber will eventually call on drivers who own FHVs but do not drive full time to make their cars available for use by another platform-based driver, maximizing the earning potential of every currently licensed FHV accepting jobs from apps. Seeing as the new cap limits only vehicle licenses, Uber also will be recruiting traditional FHV drivers to their platform through incentives such as bonuses. The company also plans to license additional drivers in NYC’s surrounding counties.

"Seeing as the new cap limits only vehicle licenses, Uber also will be recruiting traditional FHV drivers to their platform through incentives such as bonuses." 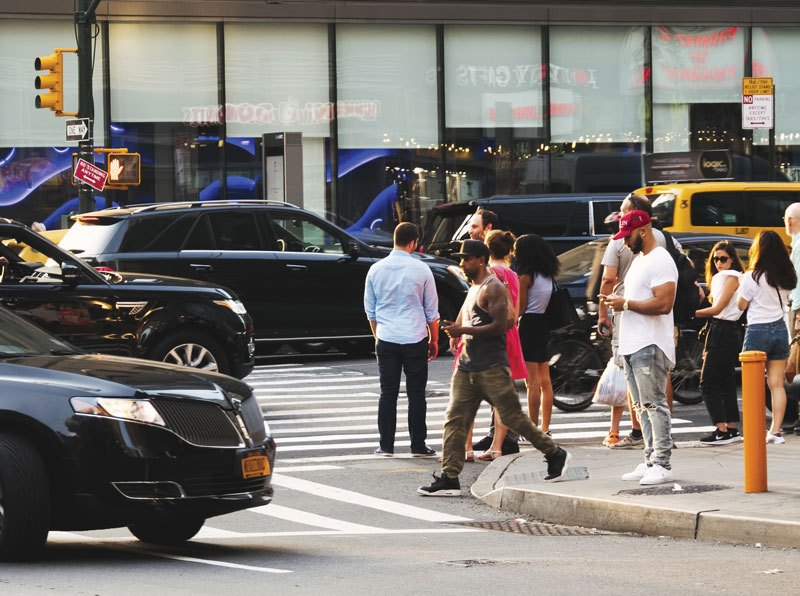 While the city’s industry landscape has evolved dramatically and will continue to do so, the Independent Drivers Guild (IDG), a nonprofit labor organization affiliated with the International Association of Machinists and Aerospace Workers, understood that a cap on the number of FHVs entering the market meant that new drivers would be unable to purchase FHVs since they can’t be licensed, and as such, would have to enter into lease agreements to gain access to a TLC-licensed vehicle. The group launched an online petition to advocate for establishing protections on those transactions.

As a part of recently proposed TLC rules, new transparency regulations are aimed at making sure all drivers understand exactly what they are paying for—and why. And the issue of driver income has been addressed more and more recently, and is another initiative the IDG is demanding more attention for in the form of a petition. In the same set of TLC-proposed rules, there are ample driver pay protections included, most notably the minimum per-trip payment formula to be followed by these high-volume for-hire services, which would effectively set a “minimum wage” for drivers—quite the historic move, indeed.

Needless to say, this is a time of monumental change within our industry and the NYC transportation markets. Sitting in a front-row seat to this newest evolution, and having been here for quite some time, I can truly say that the establishment of this 12-month vehicle license cap is going to cause massive shifting within the industry. It is inarguably too early for anyone to be taking any victory laps, considering the loopholes that the FHV app companies seem to stock by the metric ton.

We will be providing updates on this new legislation as they’re needed. In the meantime, make sure to follow The Black Car Fund and Black Car Assistance Corporation on social media for breaking news.

[CD1018] Ira Goldstein is the Executive Director of the New York Black Car Fund AND the Black Car Assistance Corp., and is both a TLPA board member and co-chair for its limousine & sedan steering committee. He can be reached at igoldstein@nybcf.org.