Legal Ease: What Good Samaritan Laws Mean for Your Chauffeurs

By Patrick O’Brien and Jeffrey Crosswhite

In California, as in most states, chauffeurs, like bus and taxi drivers, are “common carriers” with the highest duty of care to their passengers. Indeed, chauffeurs have an affirmative duty to act, which could include providing basic first aid when they have reason to know their passenger is injured or ill. This heightened duty of care lasts until the passenger reaches a reasonably safe location. 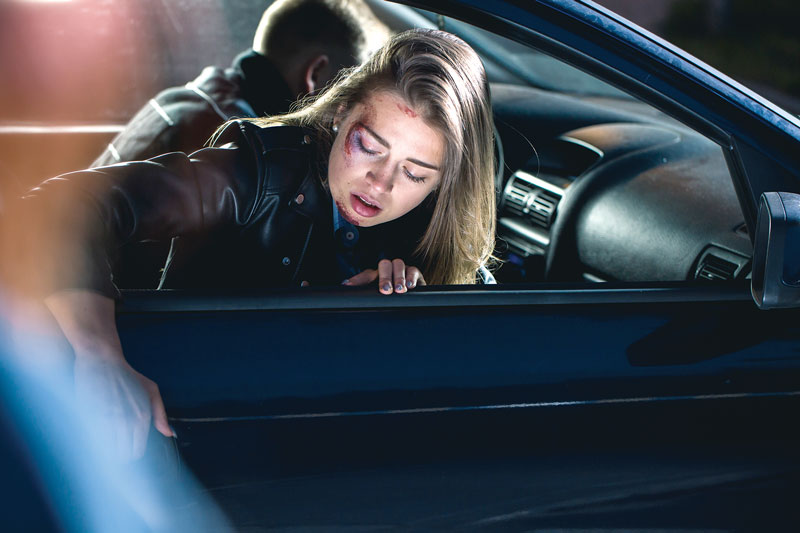 Thanks for Saving Me; I’ll Be Suing You Now ...
Notwithstanding the heightened duty of care for common carriers, the advent of “Good Samaritan” statutes across the United States has generated some ambiguity as to what a chauffeur should do with their passengers in an emergency situation.

States’ Good Samaritan laws are intended to grant immunity from liability for those who act to help people in danger or medical emergencies. In some states, like California, the Good Samaritan laws are clear-cut. Under California Health and Safety Code Section 1799.102, any person, including chauffeurs, taxi drivers, licensed medical professionals, or otherwise, may administer emergency care of any kind without fear of liability, as long as they act in “good faith” and avoid “gross negligence.” This includes providing actual medical care and first aid, or non-medical emergency care (e.g., pulling someone from a burning vehicle). In other states, like New York and Illinois, the Good Samaritan immunity only extends to licensed medical professionals. In these states, chauffeurs and other non-medical transportation professionals may face an especially vexing dilemma in emergency situations with passengers: To rescue, or not to rescue?

To be clear, it is the common carrier law, not the Good Samaritan law, serving the primary basis of liability for professional drivers in emergency situations. We note several states also maintain statutory duties to provide some degree of aid in obvious emergency situations, such as calling 911. By contrast, the Good Samaritan laws nationwide were intended as a liability shield, not a sword. These laws were entacted to encourage people to help one another, rather than avoid action for fear of liability. In states like California, which offer broad immunity for Good Samaritans, there is relatively less exposure to liability for a chauffeur to take bolder and more heroic steps to rescue their passengers.

However, it is important to note the Good Samaritan laws were not designed to “offset” liability arising from the heightened duties of common carriers. These bodies of law overlap in theory, but the scope of a chauffeur’s legal duty is wholly independent from and in no way affected by their potential immunity provided by the Good Samaritan law. Therefore, while both bodies of law should be considered when developing safety policies for your transportation company, your training should address the scope of their duties under current case law governing common carrier rules.

"States’ Good Samaritan laws are intended to grant immunity from liability for those who act to help people in danger or medical emergencies."

Calculating Heroism: The Scope of a Chauffeur’s Duty to Rescue Their Passengers
As matter of company policy, chauffeurs and other professional drivers should avoid initiating the transportation of any passengers in a medical emergency in the first place. Some recent studies suggest a growing trend of people electing to save cost by using rideshare transportation to emergency medical departments rather than ambulances. Once the transportation has been initiated, the heightened duty of care has been assumed, and state laws generally require the driver to complete the ride. One way companies may avoid initiating emergency transport is to seek passenger disclosures prior to initiating the ride so that the chauffeur has a rightful opportunity to refuse the ride. Proceed with caution, however, as such contractual provisions may run the risk of violating privacy and/or medical disclosure laws such as HIPAA. Alternatively, chauffeurs should be trained to observe their passenger’s physical signs of medical emergency prior to initiating transportation. They may also seek passenger consent to terminate the ride.

For a passenger medical emergency that occurs during the ride, there are few safe options for your chauffeur’s response. At a minimum, they should stop the vehicle in a safe location (ideally off the roadway), and seek professional medical help by dialing 911 or calling the police. Especially in states without Good Samaritan laws, we generally do not advise any physical contact with the passenger during the emergency. In California, courts have vaguely stated that common carriers have an affirmative duty to apply first aid and/or may have the duty to transport the passenger to the nearest emergency room. Where such common carrier duties apply, we advise minimal physical contact. For instance, a chauffeur may apply bandages, but should not administer CPR or attempt to move the passenger unless absolutely necessary to avoid obvious imminent injury.

"Once the transportation has been initiated, the heightened duty of care has been a­ssumed, and state laws generally require the driver to complete the ride."

The Customer Is Always Right
Importantly, once the ride has begun, and as long as the passenger is conscious, the chauffeur should generally heed the requests of the passenger, such as “take me to the hospital.” They should also listen to the passenger and heed a specific request for help, such as, “please hand me my medication.”

Conclusion
In summation, any immunity provided by Good Samaritan laws do not affect a chauffeur’s basic duty to transport their passengers safely. A common carrier is not the insurer of their passengers, and therefore generally need not protect their passengers from forces beyond their control or medical training. A passenger should never be placed or left to remain in harm’s way.