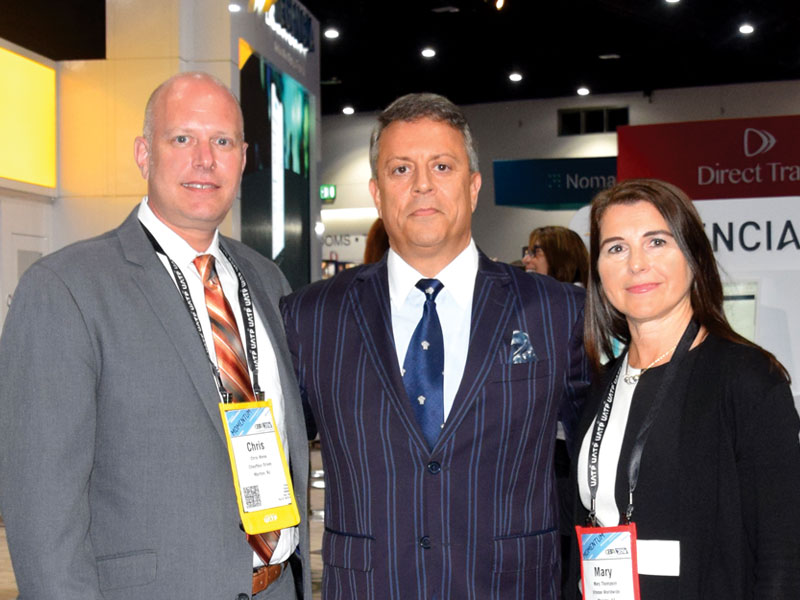 L to R: Chauffeur Driven Publisher Chris Weiss with Shawn Abaspor and Mary Thompson of Vitesse Worldwide The Global Business Travel Association (GBTA) held its milestone 50th annual convention August 11-15. In keeping with the year’s theme of “momentum,” attendance for the 2018 installment of the event breezed right past last year’s record-setting number: 6,755 business-travel professionals and industry leaders flocked to San Diego for one of the largest gatherings of its kind in the world. Among them were Chauffeur Driven Publisher Chris Weiss, nearly 40 operators representing the luxury ground transportation sector, and 7,000 copies of CD magazine, which were placed in every attendee bag.

The momentum theme carried throughout the five-day convention’s duration with a focus on how the industry has evolved with prevailing trends and changing expectations, how it is moving forward into the 21st century, and the progress it’s made in the past five decades. Additionally, more than 170 education and professional development sessions, literal days of on-point speakers imparting wisdom from their various vantage points, and a show floor featuring more than 400 exhibitors were testaments to the scope of the industry’s reach and progression.

“We go to GBTA for two reasons: One is obviously to meet potential new clients and the other is to see our current clients,” says Robert Alexander of RMA Worldwide. “Being there enhances the power of our brand. If we are not there, our clients will wonder why—and if we want to be part of the conversation when companies choose a ground transportation provider, we have to be there. To these groups, out of sight is out of mind.” 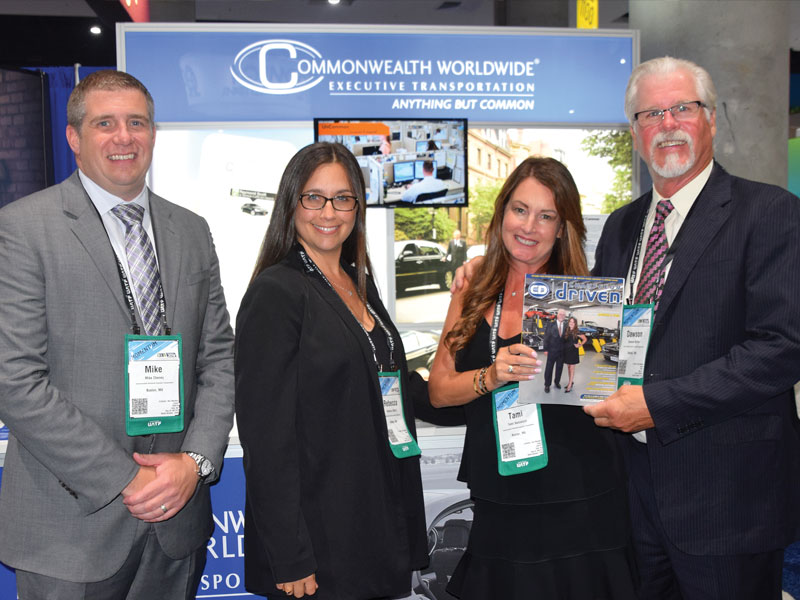 L to R: Mike Cheney, Rebecca Sahlin, Tami Saccoccio, and Dawson Rutter of Commonwealth Worldwide, plus the copy of Chauffeur Driven featuring the company that was included in the convention’s attendee bags “Having spent my entire career in corporate travel and transportation, I have been a GBTA attendee or exhibitor every year for decades,” adds Jeanne Caputo of MTC Worldwide. “GBTA is an incredibly important touch-point for any company interested in working with corporate clients. It isn’t a simple trade show: It is an event that translates into new business for us each and every year. We wouldn’t miss GBTA—it is money and time worth spending.”

Even GBTA’s own unique offerings propelled forward, fueled by previous years’ success and benefitting from their own annual growth. Its Innovation Row was back for a second year, giving mostly first-time exhibitors the chance to be featured attendees in a high-traffic area. The convention’s fourth-annual media day saw nearly 30 companies disseminating their breaking news on a national platform. 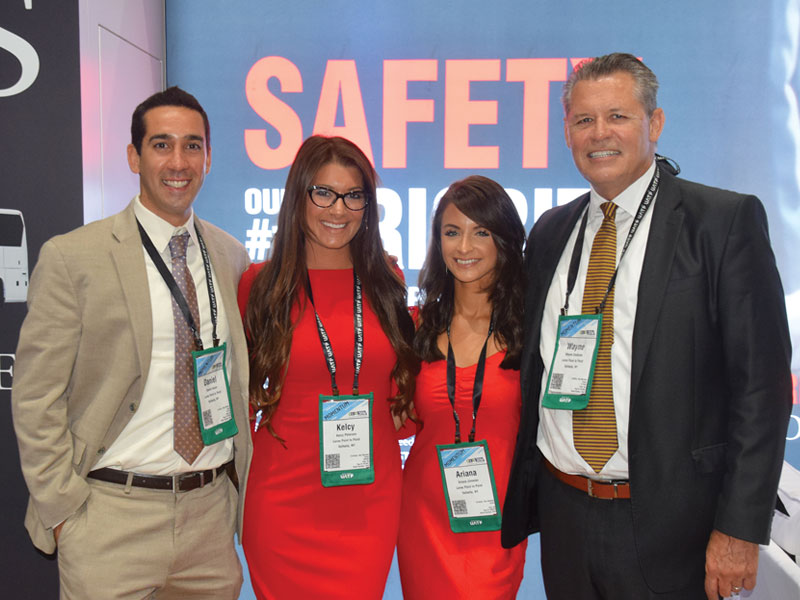 L to R: Daniel Aucar, Kelcy Peterson, Ariana Jimenez, and Wayne Couturas of Leros Point to Point GBTA had a few announcements of its own, including the merger of WINiT for Women into GBTA, which will allow GBTA to take WINiT’s mission worldwide. Members of GBTA and WINiT will benefit through access to both organization’s programs, services, and an expanded network of approximately 12,000 industry professionals. Additionally, leadership from GBTA and the Institute of Travel Management (ITM), the leading managed business travel association in the U.K. and Ireland, announced a joint venture that is part of a deeper, collaborative partnership between both associations.

The association also held an on-site election for its open Global Board of Directors positions. The three Direct Member at Large positions on the 2018-2019 board are Tricia Alsup of Dollar General, Kathy Briski of The Boeing Company, and Erin Wilk of Facebook (Briski and Wilk return after being appointed in 2017, while Alsup is a first-time member). The Allied Member at Large position will be held by Doug Payne of ALTOUR, who has previously served two terms from 2011-2015. 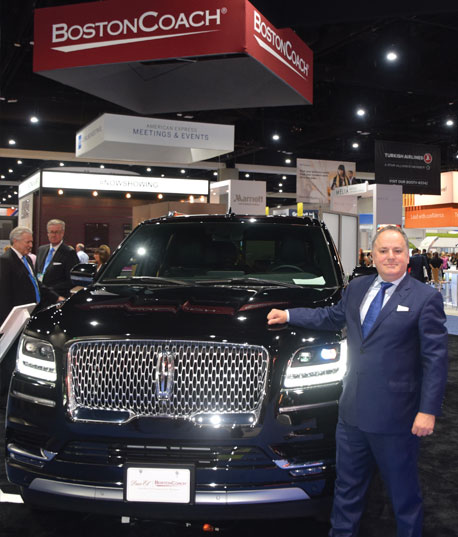 Scott Solombrino of Dav El/BostonCoach with a brand-new 2018 Lincoln Navigator This year saw the merging of social awareness and the unique position of business travel to thwart the growing threat of human trafficking with GBTA’s first-ever Awareness 5K Run & Walk, which included 200 registered participants and benefited ECPAT-USA, the American chapter of the world’s leading anti-trafficking policy organization. The nonprofit received a $20,000 check on the convention’s final day.

In addition to traditional education like seminars, workshops, demos, and panels, an array of high-profile speakers shared their insights on Center Stage to address business travel’s most pressing issues. As only the third person in 90 years to head the largest hotel company in the world, Marriott International President & CEO Arne Sorenson discussed the business travel industry, the shakeup over group commissions, and the company’s home-sharing strategy in a one-on-one interview with GBTA Executive Director and COO Michael McCormick on Monday. Immediately after, Senior Vice President and Chief Marketing Officer for Best Western Hotels Dorothy Dowling led a session of top female business travel executives discussed the unique challenges they faced as women arriving in leadership positions within their companies. 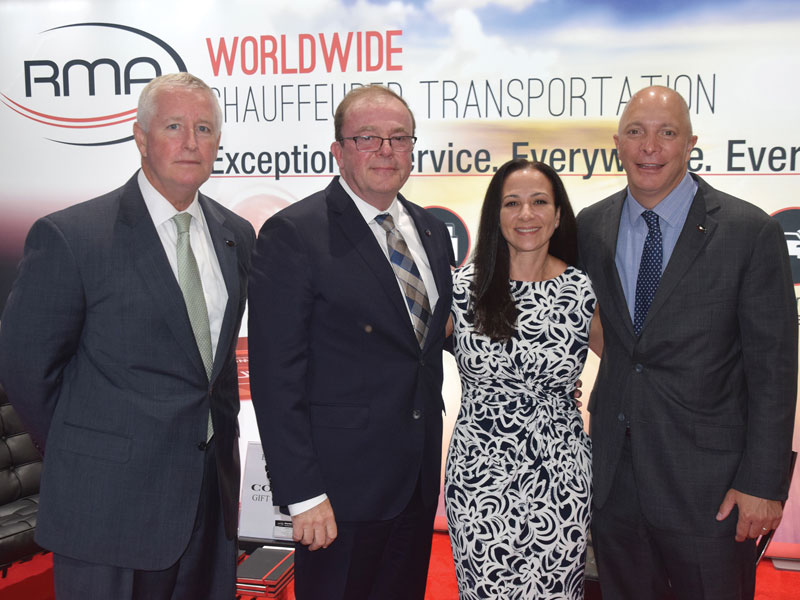 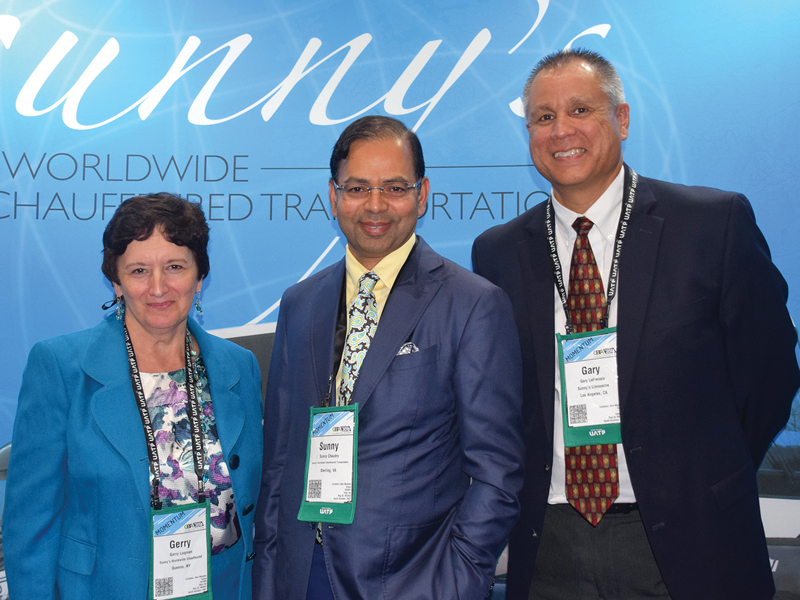 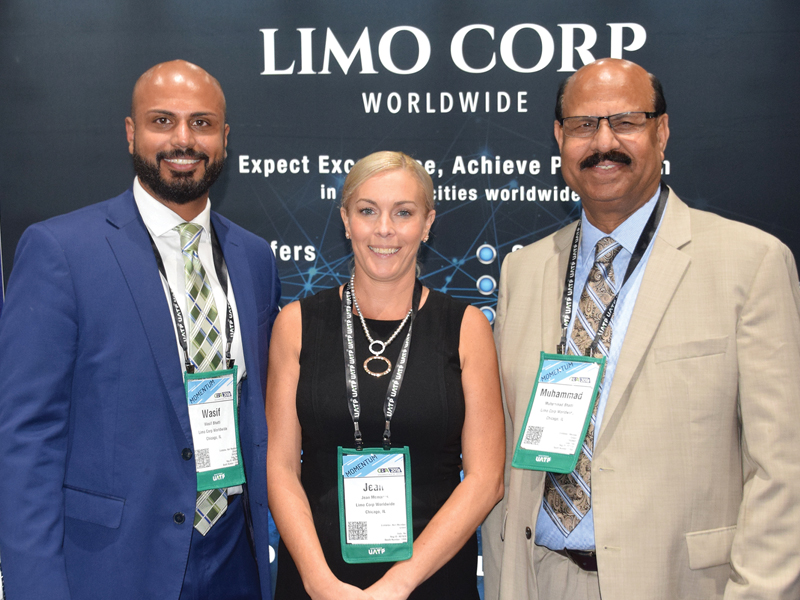 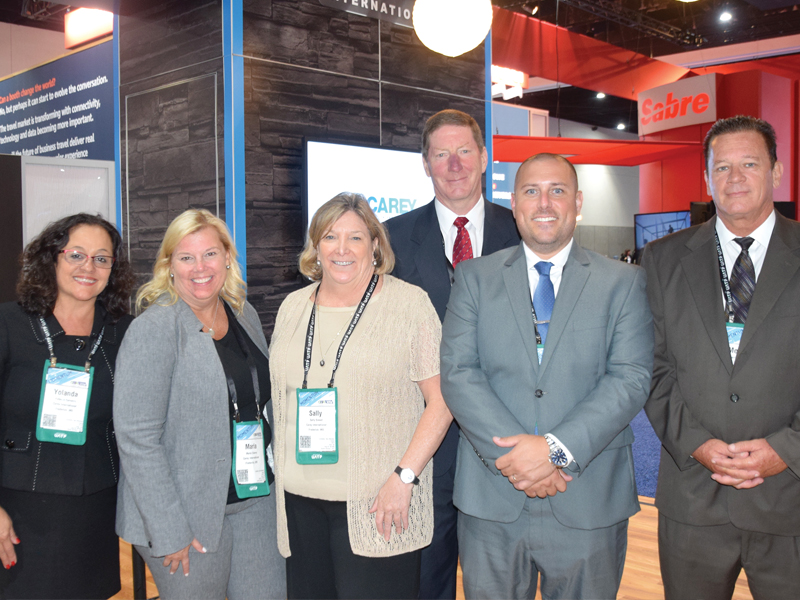 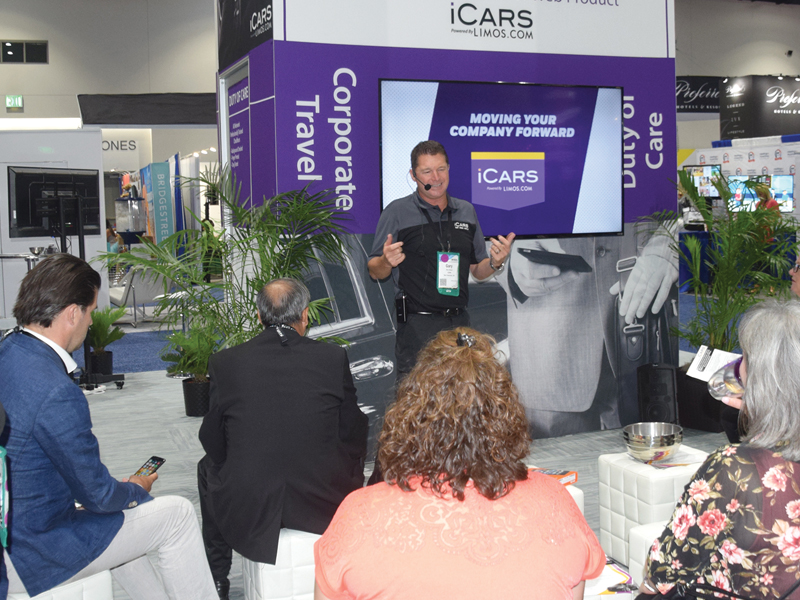 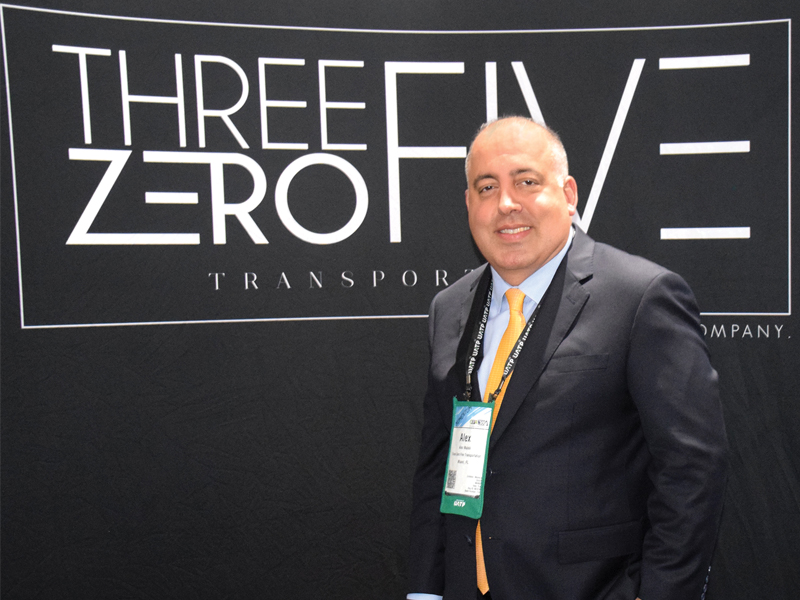 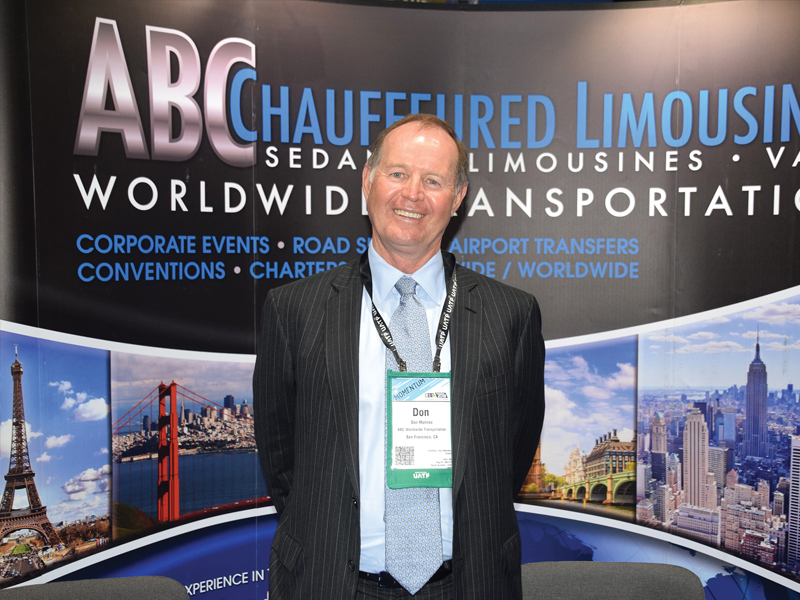 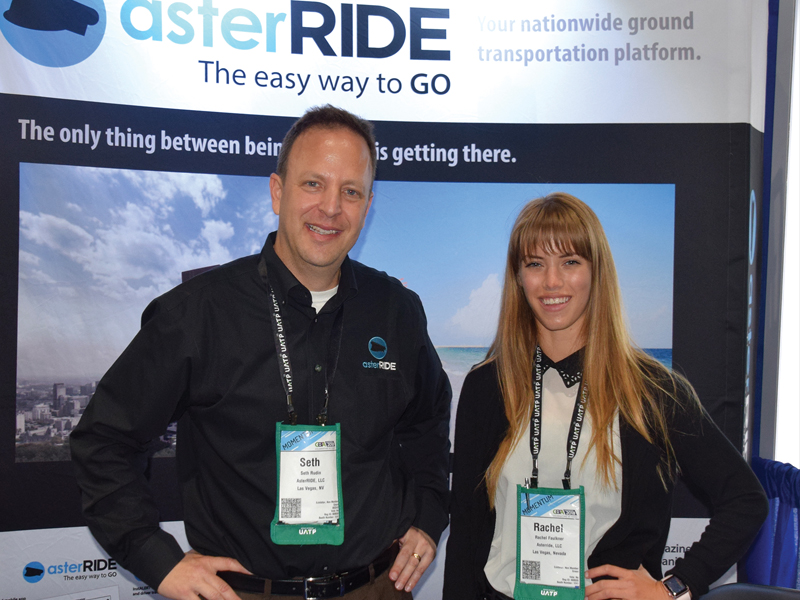 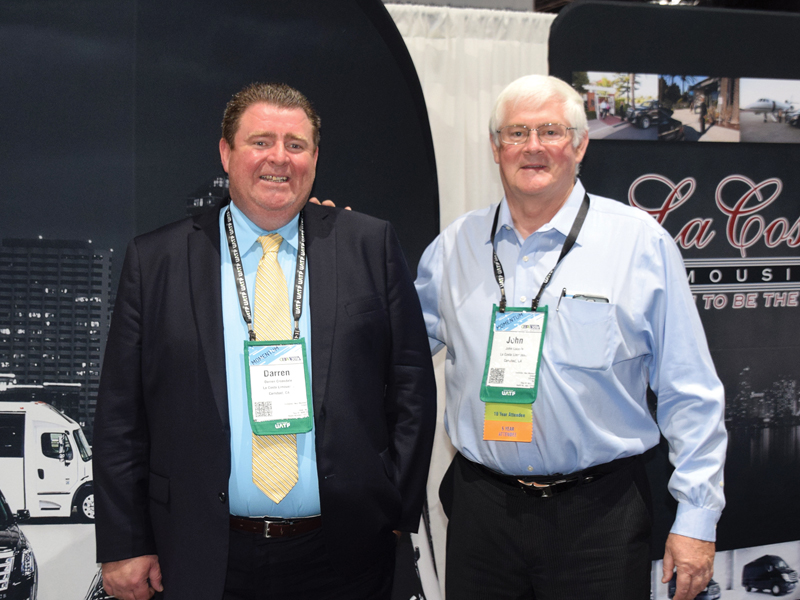 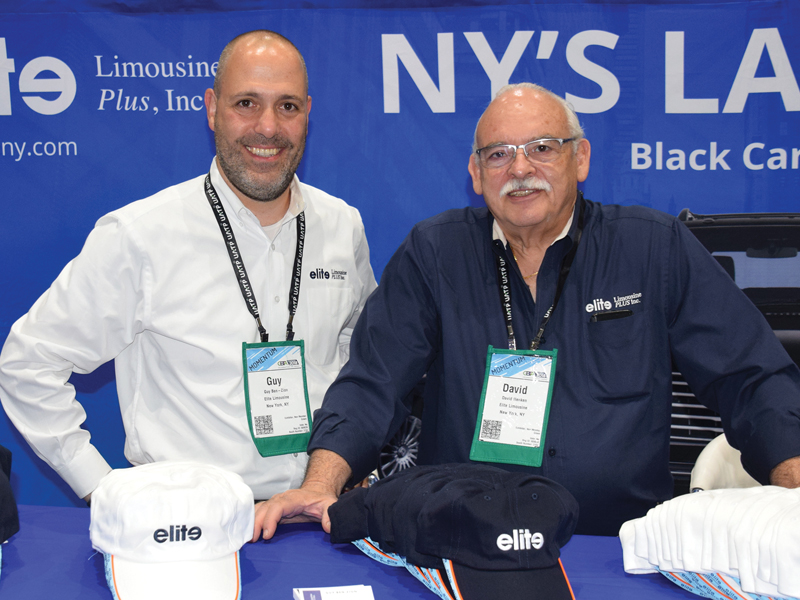 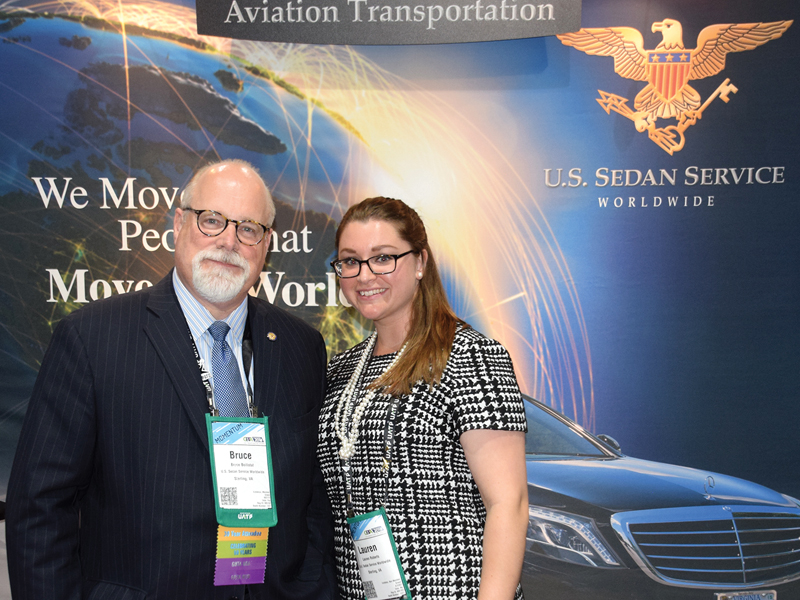 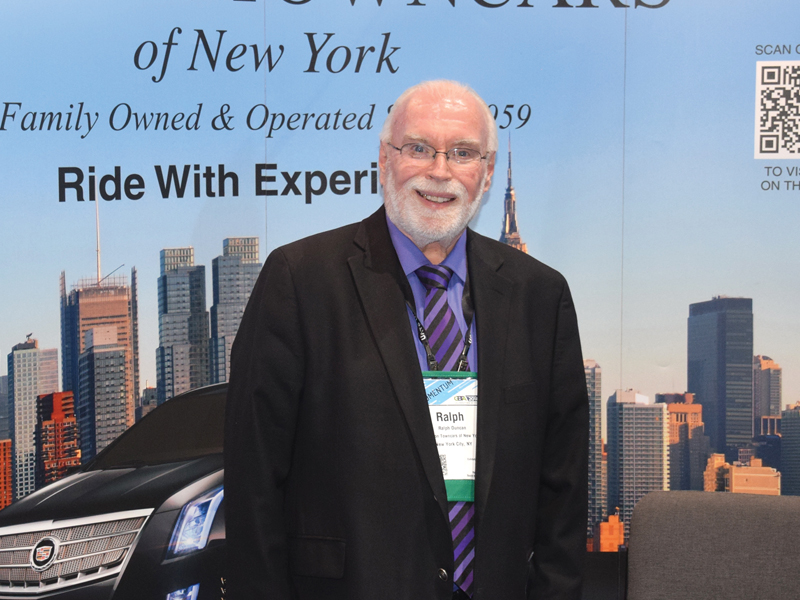 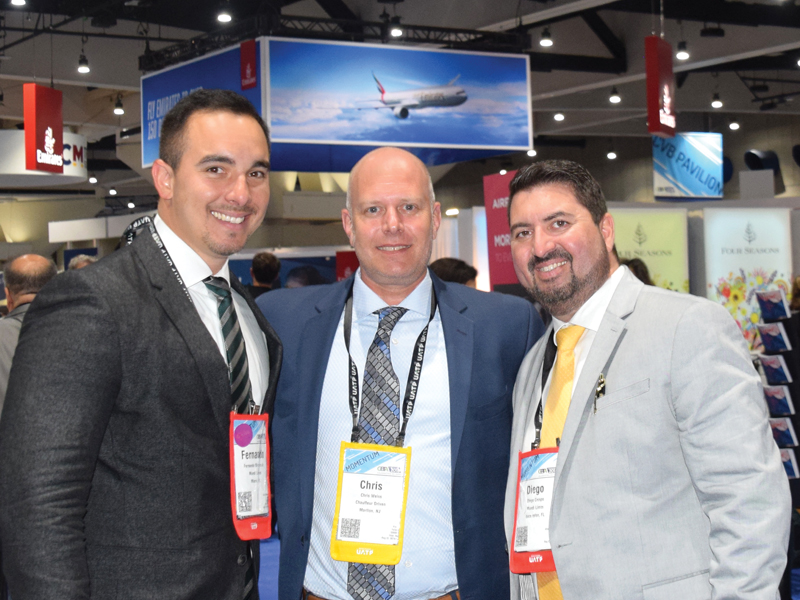 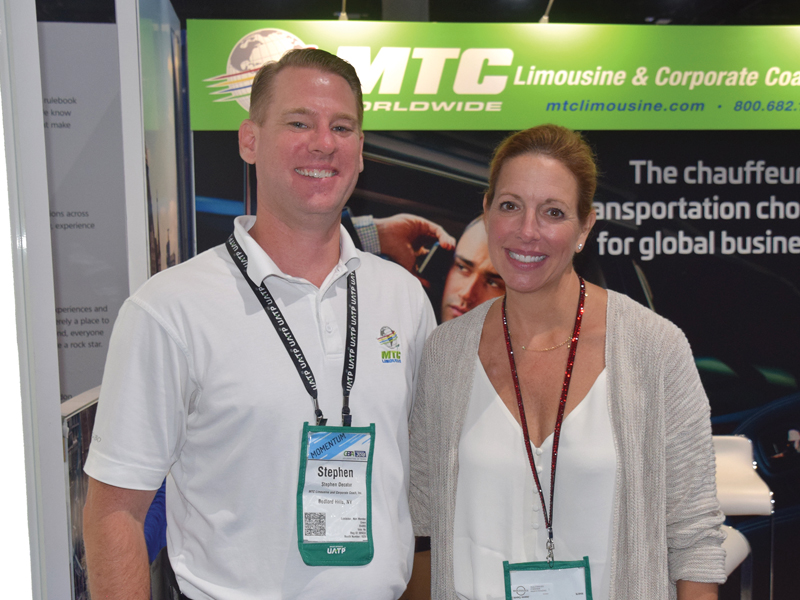 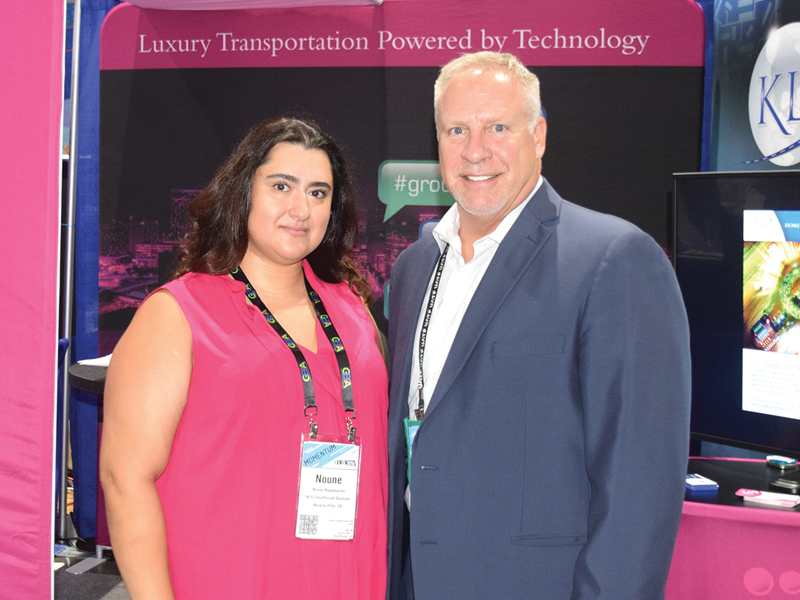 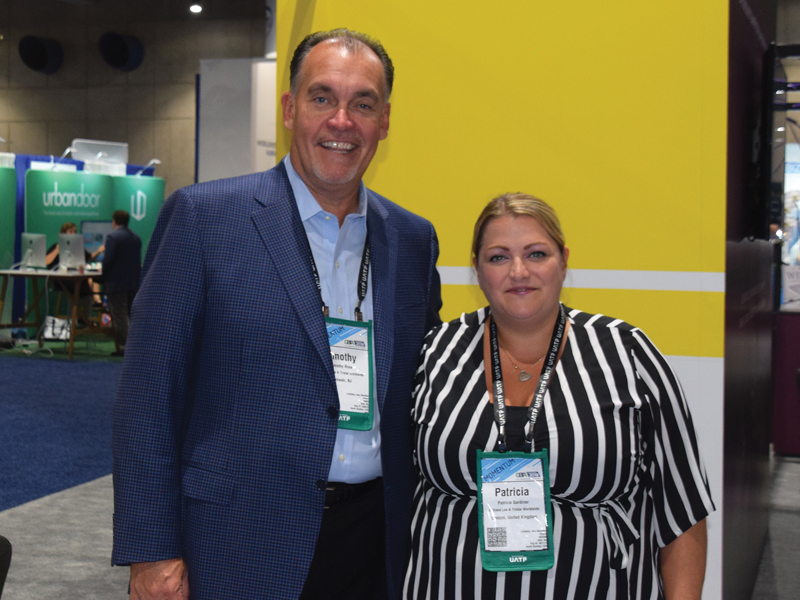 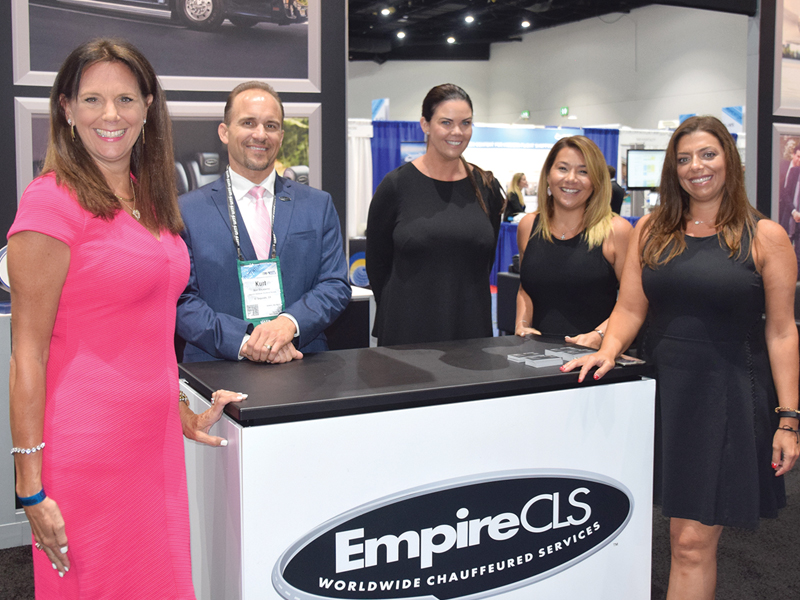 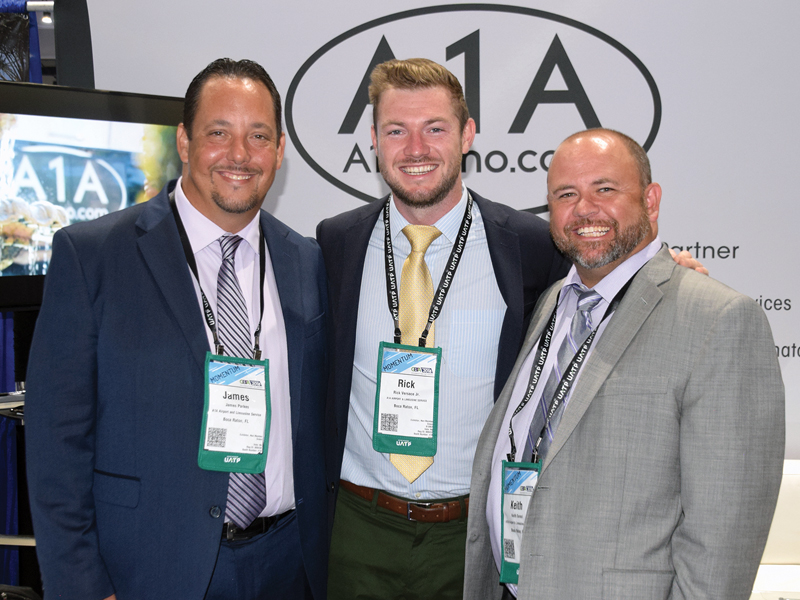 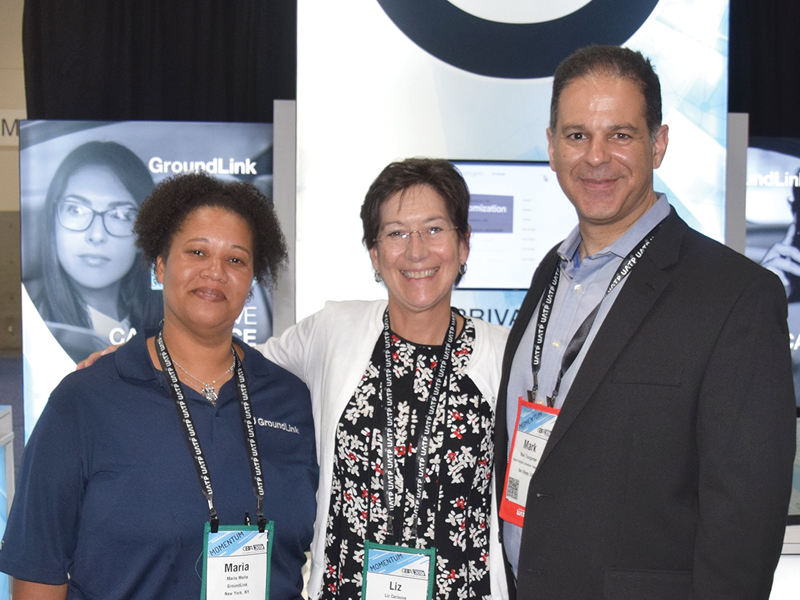 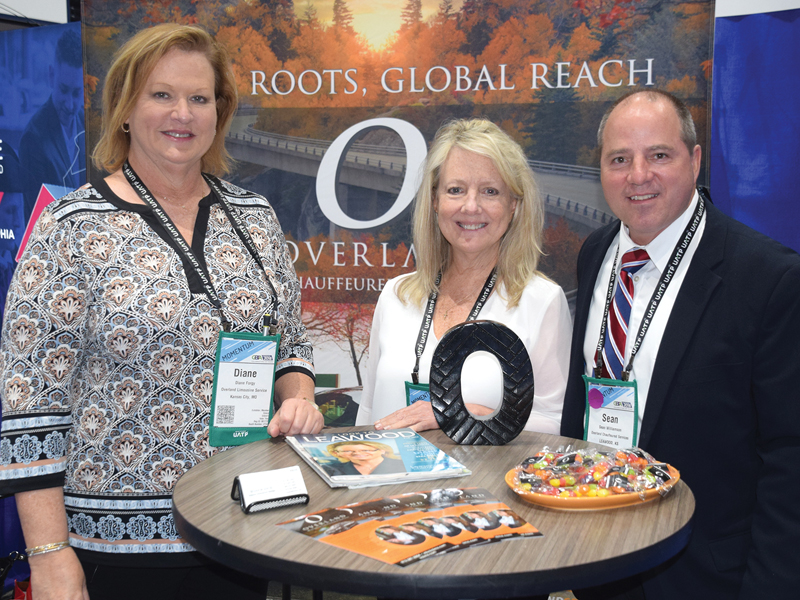