Editor’s note: Due to the nature of the article, be aware that culturally offensive words and phrases will be used in the spirit of education, awareness, and creating conversation. 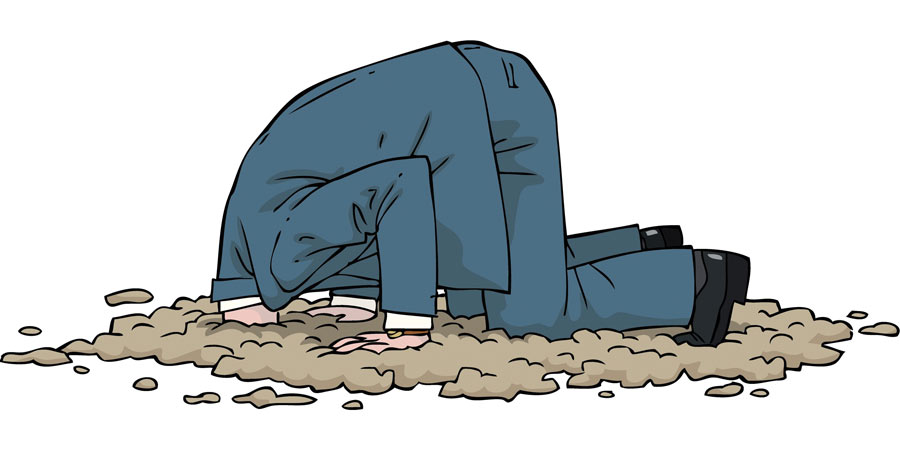 Earlier this year, President Donald Trump again referred to NBC journalist Chuck Todd as “Sleepy Eyes Chuck,” which some considered an anti-Semitic comment. POTUS is no stranger to courting controversial language; he regularly assigns his foes a nickname and wears his ability to push the barriers of good taste in a statesman like a badge of honor. All one has to do is read his Twitter feed—which might be better described as a Twitter screed, considering the way he uses the social media platform as a WWE match at times.

Were you aware of the potential negative connotation of “sleepy eyes” beyond insulting a person’s appearance? I sure wasn’t, although I’ll admit that I’ve missed plenty of “dog whistles”—or coded language meant to speak to certain groups—in the past. The etymology of the phrase is less clear, but its use has certainly made the rounds on white supremacy social media sites of late as an anti-Semitic slur.

But this isn’t an article about President Trump. As a businessperson, you are keenly aware of the power of words. The right word choice can either help you seal a deal, or destroy it in a matter of syllables. A phrase can convey or evoke emotion, solidify a connection, or drive people away. Words are an important way in which we relate to each other, but are complex and often a source of frustration if and when the innocently intended meaning is clouded by murky subtext.

Like society, words and their meanings evolve over time as we move away from the ferocity in which some were used—but the stain still lingers. We, as writers, are always considering whether another word or phrase can capture the same meaning without having such a loaded connotation. You likely do the same when drafting copy for your RFP, website, or social media sites.

Words can also be slung as a weapon—many of which you already know to be verboten and have purged (hopefully) from your vocabulary because of their ugly pasts. But chances are, there are many, many more that have slipped by and become a part of regular conversation because they are one or a few generations removed from their hateful usage. We’ve compiled a list of phrases that may seem innocuous but have deeper connotations that may unintentionally offend.

1. Basket Case: While the phrase today generally refers to an anxious or stressed person, the term is rumored to originate with wounded soldiers in WWI who had to be carried off the field in makeshift basket-shaped gurneys after the loss of limbs. Lovely.

2. Hysterical: Today this means a person who is in the state of an uncontrolled, extreme emotional response, but for centuries it was used to disparage women. It derives from the Latin word for “womb” and was originally defined as “a neurotic condition peculiar to women and thought to be caused by a dysfunction of the uterus,” according to the Online Etymology Dictionary. However, we suspect that men reading this already know the negative consequences of using this word in reference to a female. May we suggest using it only when referring to a Cheers or Veep episode.

"Like society, words and their meanings evolve over time as we move away from the ferocity in which some were used but the stain still lingers."

3. Tipping Point: In modern usage, this refers to a thing or circumstance that triggers an action or reaction, a catalyst that pushes a situation over the edge. It’s been used in thousands of novel titles, essays, and regularly appears in the media. Sadly, this phrase was also used in popular culture during the ’50s and ’60s to define when a Caucasian family would escape from the city to the suburbs after “too many” families of color (usually African-American families) had moved in, which has also been referred to as “white flight.”

4. No Can Do: This seemly harmless and somewhat cutesy abbreviated phrase actually has a gloomier past mocking those who used Chinese Pidgin English. According to the Oxford Dictionary: “The phrase dates from the mid-19th to early-20th centuries, an era when Western attitudes towards the Chinese were markedly racist.”

5. Low Man on the Totem Pole, Pow-Wow, Long Time No See: While these phrases are generally considered cultural appropriation and insensitive, there is a mocking quality to them, especially “Long Time No See.” This phrase was used in W.F. Drannan’s 1901 book, Thirty-one Years on Plains, to ridicule a Native American’s broken English greeting: “When we rode up to him he said: ‘Good mornin’. Long time no see you,’” according to the Online Etymology Dictionary.

6. Hold Down the Fort, Circle the Wagons: Much like the previous entry, this phrase is meant to refer to the period when American colonists fought various Native American communities and regularly regarded them as “savages.”

7. Sold Down the River: Today we use this phrase when talking about a person who swindled or cheated you, but according to Dictionary.com, “this expression, dating from the mid-1800s, alludes to slaves being sold down the Mississippi River to work as laborers on cotton plantations. An Ohio newspaper wrote in 1837 of a slave-trader who made $30,000 by speculating in slaves that he sold down the river.” Either way you slice it, this definitely implies betrayal of the worst kind, so why not just say betrayed?

8. Fuzzy Wuzzy: To be clear, we’re not talking about the cute little bear with no hair that was made popular by a children’s rhyme. The history of this phrase is mixed, but most sources link it to usage among British soldiers insulting the darker skin and curly hair of the African tribes they were sent to “help” with colonization efforts.

9. Mumbo Jumbo: You might say that someone is talking nonsense when using this term, but sources like Di­­cti­onary.com link this to the contempt for the non-Christian religions and rituals of African tribes. 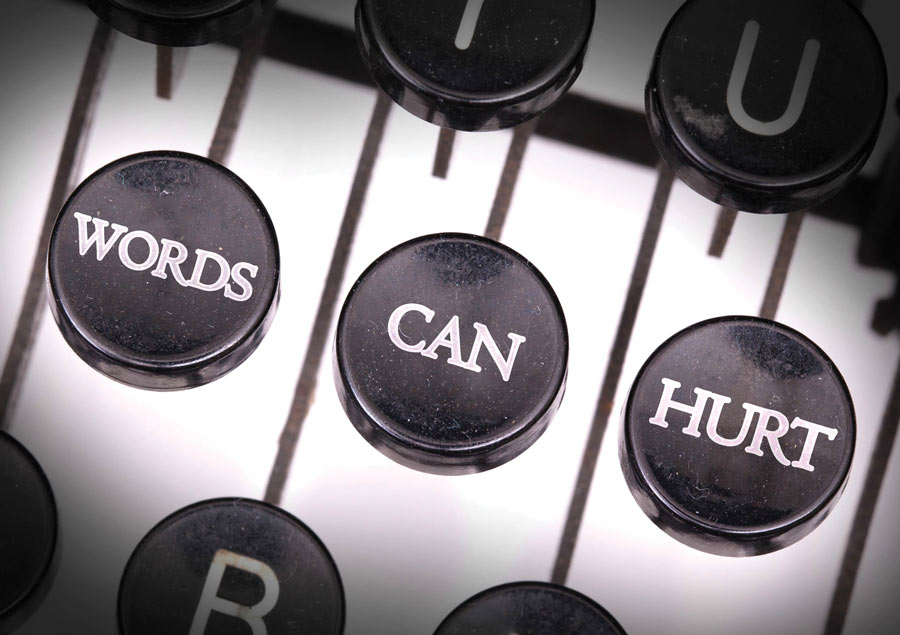 10. Peanut Gallery: Today it means people whose opinions are trivial—or, if you’re like my Howdy Doody-watching uncle, it’s a sweet term for a group of young kids (“peanuts”)—but back in the days of Vaudeville this idiom implied someone who sat in the cheapest seats available and threw peanuts when they disagreed with the performers. Those folks were most often poor and black.

11. Grandfathered In: This was a surprise to us considering the phrase generally means a good thing, by locking in favorable terms, rates, or conditions that have been modified for others. However, this term actually gained a foothold in voter suppression in the 1800s. According to the Oxford Dictionary: “In order to curtail black voting, several southern states in the U.S. passed constitutional clauses that permitted white people to vote while disenfranchising black people, by allowing the descendants of those who voted before 1867 to vote without having to meet stringent conditions, i.e., allowing those whose grandfathers had voted before 1867 to vote.” Who knew?! Although the 15th Amendment was ratified in 1870, this was hardly the last time that voter suppression would be used to keep free black men (and later, women of all races) from voting.

12. Uppity: If you had a pulse during the Obama administration, then you already know that plenty of conservative barnburners got into hot water when referring to the First Family as “uppity.” On its own, it could mean snobby or arrogant, but when applied to people of color, it becomes a dog whistle. Once upon a time in the deeply racist parts of the U.S. (regrettably, most prevalent in the South), it was used to demonstrate that “those people should know their place,” which was essentially no place at all.

13. Cat Got Your Tongue?: If this phrase conjures images of adorable kittens swatting at your mouth, you’d be off the mark by about a mile. Sadly, its roots are in slavery where a person (usually a person of color, but really anyone in forced servitude) is whipped (cat meaning cat-o’-nine tails) so hard that they cannot physically speak. Enough said.

"... now that you do know the awful etymology of these phrases, wouldn’t it be better for your company to avoid using them?"

14. Gyp or Gypped: You can be forgiven if you didn’t realize the spelling of this word is actually based on “gypsy,” which is another word that has a negative connotation. Being “gypped” generally means to be cheated or swindled, and it’s meant to be disparaging to the Romany nomadic culture.

15. Drink the Kool-Aid: This phrase actually has a sad and more recent past that many may remember. Forty years ago, more than 900 people died (some say mass suicide, while others call it a mass murder) at the hand of cult leader Jim Jones, who poisoned a flavored drink that his followers then consumed. More than a third of the victims at the compound named Jonestown were children. The phrase now is meant as an insult against those who blindly follow a leader or ideology without compunction.

On a final note, it’s equally important to understand context when using any language. Consider what happened back in 2012 when an ESPN editor used the phrase “chink in the armor”—an expression that neither has a sensitive etymology nor implies anything beyond its meaning—in a headline about Knicks phenom Jeremy Lin and the team’s loss during his first game as starting point guard. The phrase itself is harmless, but it contains a word that has a double meaning as a racial slur against those of Asian descent—Lin is Taiwanese. The outcry was fast and furious and resulted in the editor being fired and publically shamed.

We get it: There’s a lot to consider already, and adding this to the pile—when you’re neither a wordsmith nor a politician—is frustrating. But now that you do know the awful etymology of these phrases, wouldn’t it be better for your company to avoid using them? When an innocent slip-up happens, it’s best to remember that impact supercedes your intent, and acknowledge the person’s feelings by apologizing.   [CD1218]