Editor’s note: This article addresses fluid issues that were accurate at press time. Any updates will be covered on social media and in future issues. Also, NYC TLC Commissioner Meera Joshi announced that she was stepping down from her current position. Stay tuned for details about her replacement, as they are made available. 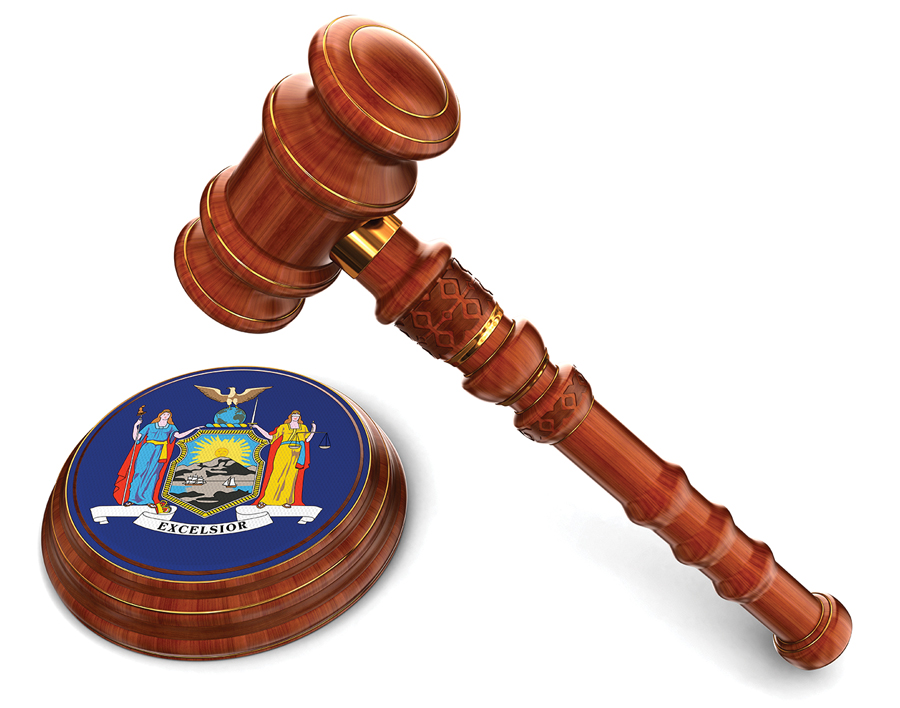 2018 was a landmark year for for-hire ground transportation regulation in New York City, with a still-growing mountain of new regulations, fees, fines, and compliance issues that must be addressed. This article should be read by everyone in the industry, as its impact is widespread. There is a lot to digest, but this article summarizes the basic changes, how to comply, and what each change means for each industry segment.

The many new laws and regulations include the New York City Council freezing the number of For-Hire Vehicles (FHVs) on the road, ordering minimum driver pay from the largest FHV companies (and possibly EVERYONE in the for-hire industry soon), and requiring wheelchair accessible vehicles be dispatched by FHV bases. Additional pending TLC regulations and NYC Council bills affecting the taxicab and for-hire industries have continued to be proposed, as well as the real possibility that the Port Authority of New York and New Jersey (PANYNJ) will revive its access fees for all NYC airports, charging the industry additional fees to pick up or drop off passengers.

Congestion Surcharge
Affected: FHV bases for intrastate trips that travel in or through Manhattan, south of and excluding 96th street (the congestion zone). Any base that dispatches vehicles in the New York City area is affected, not just those bases licensed by the TLC. It does not apply if the trip does not start and end in New York State or if the trip is provided by or on behalf of the Metropolitan Transportation Authority (MTA), including paratransit services.

Breaking: At press time, a judge temporarily stalled the implementation of the congestion fee after the New York Taxi Workers Alliance filed a lawsuit against the TLC and the state.

As it currently stands, on January 1, the state was scheduled to impose the $2.75 surcharge to help fund repairs and improvements to the NYC subway system. Passengers would get a discount for taking medallion taxis and pool vehicles—$2.50 per trip in a yellow taxi and $0.75 per passenger if they take a pool vehicle.

Like sales tax on trips, bases will be responsible for collecting and remitting the surcharge directly to the NYS Department of Taxation and Finance, and those responsible for collecting the surcharge must register with NYSDTF online and file monthly returns using the Tax Department’s Congestion Surcharge Web File application. In addition, bases will need a way to apply the surcharge to passengers’ receipts when necessary. Bases and taxi medallion owners require a system or equipment with technology capable of keeping track of the date, time, and geographic location where each trip begins and ends and where the vehicle enters and/or leaves the congestion zone, if applicable. Anyone who fails to remit the surcharge will face a penalty of two times the total amount due.

Last year, the TLC issued rules mandating that, beginning July 1, 2018, FHV bases dispatch 5 percent of all trips to accessible vehicles, with that number increasing each year so that, by July 2023, at least 25 percent of all FHV trips would be provided by WAVs.

Under the new FHV Wave Rule exemption, FHV bases may comply with the WAV mandate by associating with an Accessible Vehicle Dispatcher, although the deadline to do so was January 13, 2019. Bases that choose this route to comply with the WAV requirements will also be required to submit additional information on the monthly trip records, including the requested pickup time for all trips.

If a base opts to meet the WAV trip mandate itself, it will need to ensure that a minimum of 5 percent of trips that it dispatches between now and June 30, 2019, are completed by accessible vehicles—regardless of whether a WAV was requested. Between July 1, 2019, and June 30, 2020, the minimum increases to 10 percent of all trips. For every 100 trips that a base is short, the TLC will impose a $50 fine. Bases that fail to meet at least half of their percentage requirement could have their license revoked, or suspended for 30 days.

In December, the TLC voted to enact rules implementing a minimum driver earnings formula that applies to High-Volume For-Hire Service providers, which are defined as bases operating under the same “doing business as” name that dispatch an average of at least 10,000 trips per day (Uber, Lyft, Via, and Juno). The new TLC rules, which are expected to go into effect sometime in January 2019, set a per-minute and per-mile minimum trip pay formula for TNCs.

This formula also takes into account each company’s “utilization rate,” which is a measure of the amount of time drivers spend transporting passengers versus the amount of time they are available on the app to accept trip requests. Each app company will have its own rate, which will be set by TLC and adjusted periodically, and those with lower utilization rates will have to pay their drivers more per trip than companies with higher utilization rates. It’s important because the TLC was also given the power to decide whether to expand the minimum payments industrywide to all FHV drivers in the future.

Transparency Rules
Affected: All FHV bases and TLC-licensed FHV owners who rent or lease their vehicles

All bases, regardless of their size, will need to make sure that their current practices align with the transparency rules, which are expected to be implemented January 10. Drivers and FHV owners must receive base agreements that are written in plain language and specify all costs to drivers, along with receipts itemizing all payments, deductions, and charges. Similarly, vehicle owners who rent or lease their FHVs must provide drivers with lease information that is written in plain language and specifies all costs and receipts itemizing all deductions and charges. Drivers will be entitled to receive a breakdown of how much they earned and the total of their passenger fares from the base. In addition, bases will be required to pay drivers in a timely manner and provide 1099 forms that include the total mileage for trips covered by the Form 1099-K.

ARE Additional Mandates, Fees, and Penalties on the Way?
FHV Leasing Rules: This past fall, Council Member Francisco Moya introduced legislation that would require TLC to make rules regarding financial agreements that drivers enter to obtain FHVs, including leasing, rental, lease-to-own, and conditional purchase agreements. TLC would need to take into account disclosure requirements, consumer protection practices, and caps on the amounts payable.

Cooperation With Police Investigations: Council Member Ydanis Rodriguez has proposed legislation that would require TLC licensees to cooperate with police investigations by providing records and information. If passed, this bill would require all TLC-licensed owners, drivers, and bases to cooperate with police investigations by allowing police to have access to their business records in emergency situations. As drafted, owners, drivers, and bases would be expected to comply with a police request immediately, whereas in a non-emergency situation, compliance would be expected following the receipt of a warrant or court order.

Port Authority Privilege Permit and FHV/Taxi Airport Access Fees: In the past, PANYNJ has floated the idea of requiring a privilege permit and charging an access fee for pickups and drop-offs from the airports. In early 2017, PANYNJ proposed a $4 per trip access fee to pay for infrastructure improvements to help it manage traffic. These fees would have been in addition to a permit that would cost from $200,000 for FHV bases averaging more than 100,000 monthly pickups to $5,000 for companies averaging less than 1,000 monthly pickups. At the time, Lyft publicly praised the access fee agreement, stating it would guarantee that it can access the airports and serve riders. This is a politically complicated maneuver for PANYNJ, and 2017 and 2018 were both election years. Now that the New York governor has been re-elected, and with new leadership at PANYNJ, it is very possible that the privilege permit and access fee initiatives may be placed on the front burner this year.

I cannot emphasize how important it is to stay on top of these changes and develop an implementation plan. There are many compliance requirements that go well beyond the language of the law, and this article is not a substitute for sound legal advice and regulatory business strategy. Please reach out to me should you have any questions.   [CD0119]