Editor’s note: Harassment in all its forms sadly remains a relevant issue going into 2019, although sexual harassment is clearly the frontrunner of late. While the parameters of harassment haven’t changed drastically, our acceptance of such as simply “bad behavior” has. Owners and managers are often woefully unprepared to handle such claims—not their fault—so it could be beneficial to speak with a human resources or legal professional who can coach senior management not only how to deal with employees who make claims, but also how to recognize behavior before it becomes a bigger issue within the company. Even if you have a published policy in your employee handbook, it’s worth your while to ensure that it’s up to date and fully compliant with today’s environment. 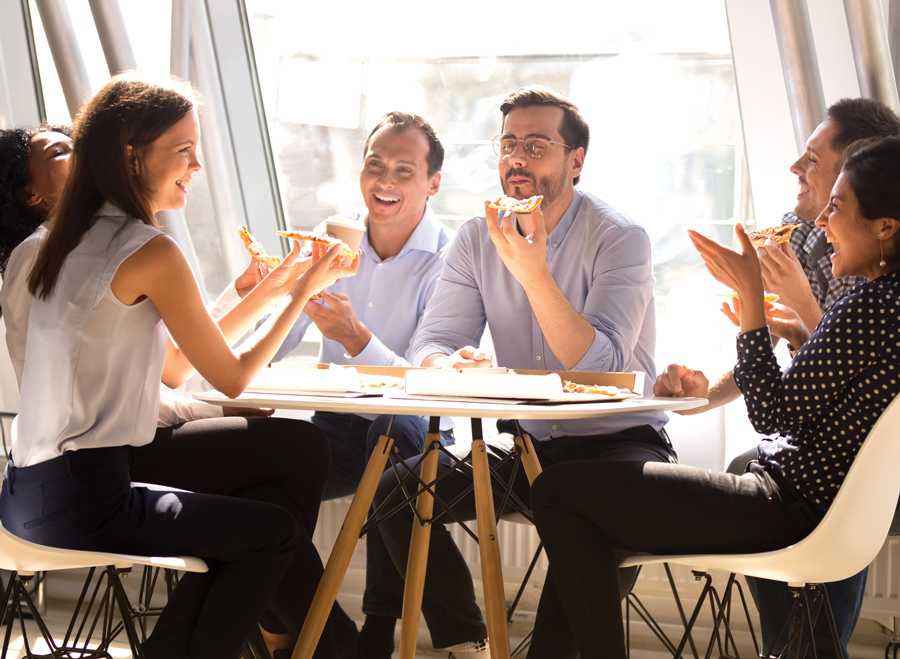 The passage of Title VII in 1964 prohibited sex discrimination in the workplace, while a decade later Cornell University activists coined the term sexual harassment, but it wasn’t until Anita Hill’s testimony in 1991 and the hearings of Supreme Court Justice Clarence Thomas—not to mention the 24/7 nature of cable news—that sexual harassment became a serious topic instead of a punchline in a movie. Anita Hill as a modern heroine seemed to awaken a sleeping giant of empowerment, but soon, it seemed, her grievances became fodder for those threatened by the changing work environment. It wasn’t until a few years ago when the nation was again grappling with harassment in the workplace that it received the voracity that it deserved—even if it was decades too late to benefit those who were harmed by such actions. This time, however, it appears to have momentum.

The U.S. Equal Employment Opportunity Commission (EEOC) defines sexual harassment as unwelcome sexual advances, requests for sexual favors, and other verbal or physical harassment of a sexual nature. Harassment is illegal when it is done so frequently, or the conduct is so severe, that it creates a “hostile or offensive” work environment. Harassment is also illegal when it results in an adverse employment decision against the complainant, such as a demotion, reduction in pay, or termination.

The term “hostile work environment” has some built-in ambiguity that may surprise many: What is offensive to one person may not be offensive to another. This is why the law evaluates allegations of a hostile work environment from both a “subjective” viewpoint (did the complainant actually perceive the conduct to be offensive?), and from an “objective/reasonable person” viewpoint (would a reasonable person in the complainant’s shoes find the conduct offensive?). Notably, the intent of the harasser is not a relevant consideration.

What can you do to protect your employees and your business from these types of claims? It starts with crafting a policy that is clear, direct, and comprehensive.

Preventative
First, your company’s employee handbook should be distributed to employees upon hire, and must contain an anti-harassment policy describing a commitment to a harassment-free environment, a complaint procedure, an investigation procedure, and an anti-retaliation provision. 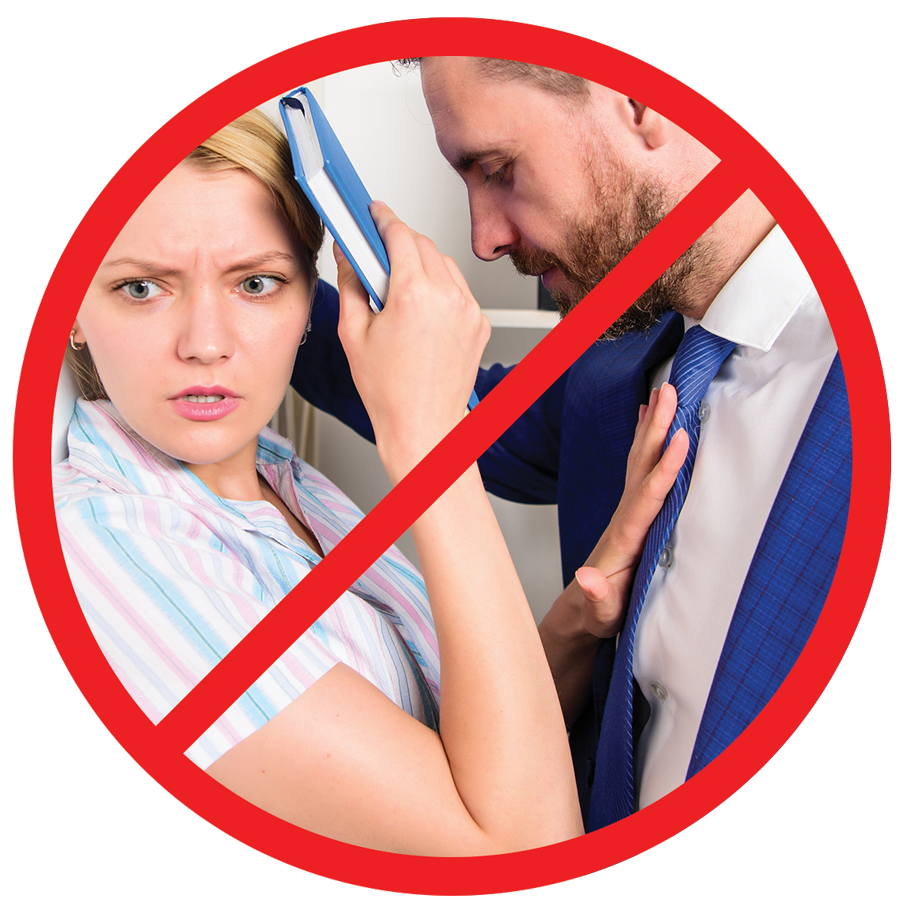 Along with the handbook, the employer should make employees aware of the different types of harassment that can permeate a workplace by giving the employees a definition of such harassment. For example you could say something like:

There are two main types of harassment, both of which are prohibited by [company name]. The first is “quid pro quo” harassment, which can be defined as, “the exchange of a sexual favor for a workplace benefit; the withholding of a workplace benefit unless a sexual favor is given; or the threat of adverse action (e.g., termination) if an employee refuses a sexual proposition or advance.” The other is called “hostile environment” harassment, which can be defined as, “the existence of words, actions, comments, jokes, behaviors, and tangible things, such as emails, posters, and calendars that are offensive to a reasonable person and (in frequency or severity) interfere with the ability to perform job duties.” If you believe you are the victim of either types of harassment, please report your concerns to your supervisor, human resources, or any management-level employee.

An anti-retaliation provision should contain the following language: “[Company name] encourages employees to raise concerns regarding inappropriate conduct. Furthermore, retaliation against employees who complain in good faith about conduct they believe constitutes unlawful discrimination or harassment or who participate in good faith in an investigation about any such conduct is prohibited by federal and state law and by Company policy.”

Furthermore, employees should be aware that not only is sexual harassment forbidden, but also any type of harassment based upon a protected characteristic is unlawful. Currently, there is a federal ban on any discrimination or harassment based upon age, disability, genetic information, national origin, pregnancy, race/color, veteran status, religion, retaliation, and sex. However, each state differs regarding protected classes under applicable state law. For example, sexual orientation and gender identity are currently considered protected classes in some, but not all, states. Employers should be aware of their individual state’s protected classes before taking adverse employment decisions. Employers in multiple jurisdictions must make sure their policies conform to individual state’s laws.

Reporting Procedure
The reporting procedure policy should contain multiple avenues for employees to complain about any alleged harassment. For example, employees should know they may file a complaint with their supervisor, or if their supervisor is the alleged harasser or they are otherwise uncomfortable, to human resources, or any management-level employee. Furthermore, all managers and supervisors should know that it is their duty to immediately report any complaints they become aware of to human resources so that an investigation can take place. All formal and informal complaints should be documented, and reported to human resources. Objectivity is essential: While you may think Bobby’s racist jokes are hilarious or Jane’s explicit comments about her dating life are harmless, the investigation must be as unbiased as possible.

"What can you do to protect your employees and your business from these types of claims? It starts with crafting a policy that is clear, direct, and omnipotent."

Once the complaint is given to HR, it is critical to conduct a prompt investigation as this may result in a swift resolution of disputes and it will demonstrate the company’s commitment to ending sexual harassment in the workplace. Investigators must be trained and must have respect and credibility in the workplace.

If the complainant’s allegations are substantiated, appropriate discipline should be administered. Depending on the nature of the allegations, termination might be in order. However, whatever type of discipline is imposed should follow the company’s discipline policies, taking into account all the circumstances. In the #MeToo era, harassment and discrimination complaints are being filed at a high rate. It is imperative that an employer’s harassment protocols and procedures are communicated clearly and regularly to employees. Training is an important defense in litigation and supervisors must be made aware of what behavior is unlawful and how to handle complaints promptly and effectively.   [CD0119]

Disclaimer: The foregoing is provided solely as general information, is not intended as legal advice, and may not be applicable within your jurisdiction or to your specific situation. You are advised to consult with your attorneys for guidance before relying upon any of the information presented herein. Debra Weiss Ford is the office managing principal and litigation manager for the Jackson Lewis Portsmouth, N.H., office. She may be reached at debra.ford@jacksonlewis.com. Samuel Maxwell is an associate with the law firm Jackson Lewis. He can be reached at samuel.maxwell@jacksonlewis.com.