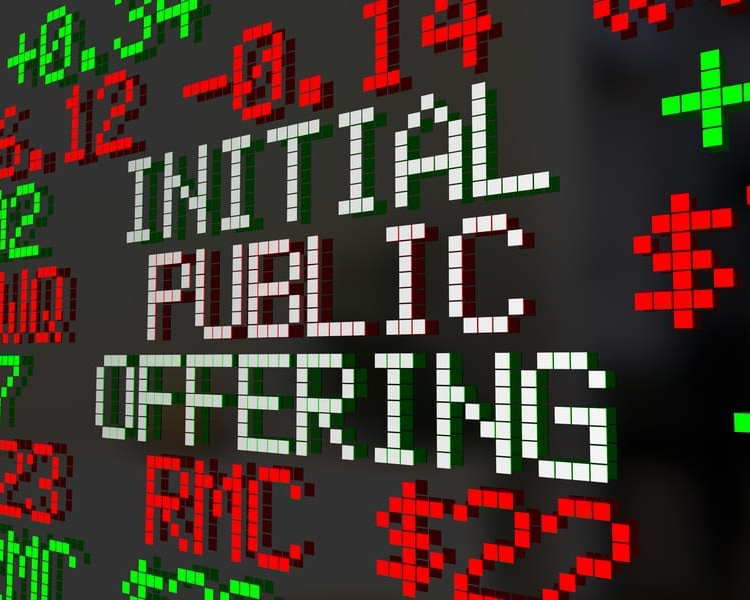 Golden IPOs Actually Fool’s Gold?
Now that Lyft is public and Uber’s debut is just days away this month, investors are learning a ton about the previously tight-lipped private companies and their respective financial profiles. Lyft was the first to be raked over the coals: The JV rideshare company’s IPO was seemingly set too high, according to Wall Street, and the highly anticipated stock has had a seriously rocky start, trading nowhere near its open at $87 and settling mostly in the high $50s range.

Of course, the issue for both IPOs is the massive red ink that each have achieved prior to going public, and the lack of feasible plan to right the ship. In a scathing review of Uber’s IPO valuation, Forbes noted contradictions in Uber’s own plan. Uber literally wants to take over the world and become the largest rideshare on the planet but, as the article explains: “Uber can’t achieve profitability without squeezing drivers, but if it tries to squeeze drivers it will lose market share.” One of Uber’s biggest expenses is driver incentives, a line item it would like to wind down in the near future—but an action that has caused drivers to leave the platform at worst and attempt to form a union for better wages at best. Lyft is growing much faster than Uber and has fewer expenses, so one of the most anticipated Silicon Valley startup IPOs could fall harder than its competitor’s. Investors will tolerate a bit of pain, but not for long.

Further, Wall Street agrees that there is no way for either company to navigate toward profitability without raising prices (no surprise to our savvy industry readers). Once upon a time, ridesharing’s claim to fame was its cashless convenience at a lower price than traditional transportation. Only time will tell if the public will accept Uber’s shifty treatment of drivers AND higher prices for rides.
Sources: Forbes, Fortune, The Wall Street Journal 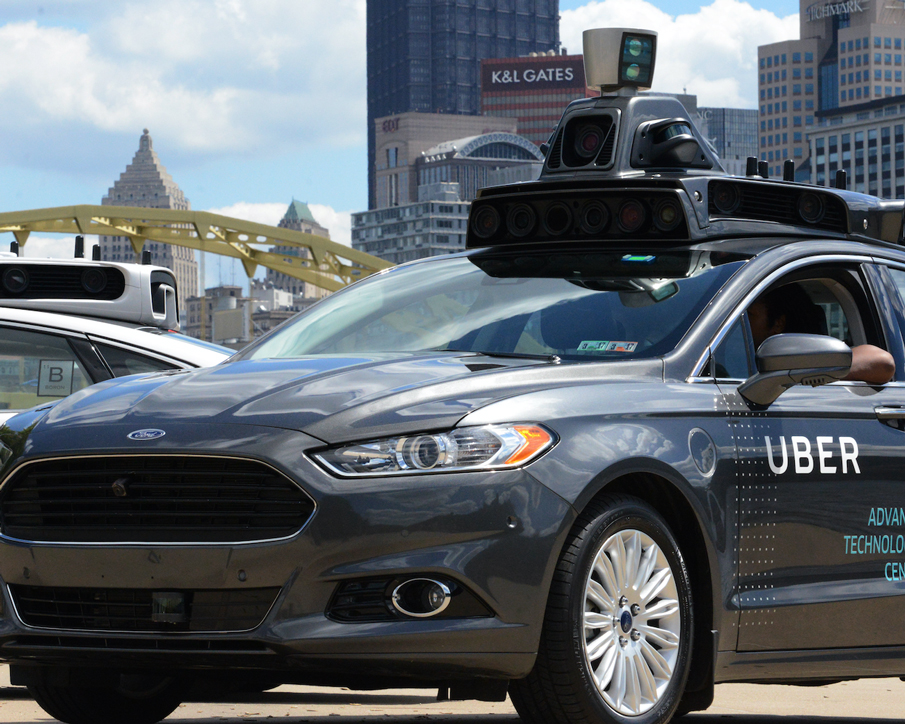 Uber’s $1B Investment
In the meantime, Uber is not resting on its laurels before its big IPO launch. In mid-April, the company secured $1B from three funding sources for Advanced Technologies Group (ATG), its autonomous vehicle division. The biggest name behind one-third of the investment capital is Toyota, which previously invested $500M in ATG last summer and has pledged additional funding over the next three years. ATG’s goal is to produce cost-effective autonomous vehicle software and hardware so that it can be adopted on a grander scale across the industry. Of course, the end goal is to beat all other autonomous vehicle manufacturers out of the gate, which will lead to Uber becoming a fully autonomous company (hence, no more of those costly and pesky human drivers who demand better wages and employment benefits).
Source: PhocusWire 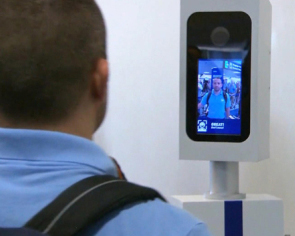 Smile, You’re Being Scanned by Facial Recognition Software
Flying the friendly skies? First airports wanted to search your luggage, then see you “naked” via full-body scans, and now they hope you’ll mug for the camera. What started as a pilot program at Los Angeles International Airport (LAX) and spread to 15 additional airports, the Department of Homeland Security through U.S. Customs and Border Protection will implement facial recognition software in almost all the remaining U.S. airports over the next four years. The program was developed to scan travelers’ faces with the implicit goal of catching those who have overstayed their visas. Both government agencies claim a 98-percent success rate with the technology, although that has been challenged by the ACLU. The nonprofit law organization conducted a 2018 test using members of Congress, one which erroneously found that 28 members had committed crimes (insert your own joke here; we won’t judge). More problematic, however, was that those members were disproportionately people of color. We’ve noted how autonomous vehicle cameras and sensors have had similar problems recognizing people of color from, say, a telephone pole, so clearly the technology has a long way to go on being truly effective for the entire population. Considering that a person could be flagged and could potentially miss their flight is troubling. Creepy or in the name of safety? We’ll let you decide.
Sources: Travel Pulse, PCmag.com 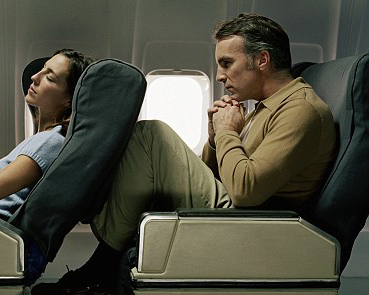 Are Airlines Starting to Get It?
After years of cramming butts into smaller seats with less leg room, charging for pretty much everything they can, and offering spotty WiFi, some airlines are finally listening to travelers’ demands and learning the value of customer service. Delta recently announced that it would start limiting the amount that seats can recline on many of its flights, which its frequent fliers hail as a victory for precious personal space.

United is also hearing its customers. CEO Oscar Munoz recently told ABC News that they—as an industry—are certainly at a point where they can no longer reduce the size and space of seats, admitting that passengers may have had enough. Ya think? He also acknowledged that air travel used to be exciting and pleasurable; but now with the added stress of traffic to the airport, arriving several hours before the flight, TSA, and baggage checks, people get to the gate and are just frustrated. “Frankly, by the time you sit on one of our aircraft ... you’re just pissed at the world,” and improving the flying experience won’t ultimately depend on “what coffee or cookie I give you,” he told ABC News. His goal is to ramp up customer service and improve the overall flying experience. Honestly, it can only go up.
Sources: Skift, Forbes, ABC News 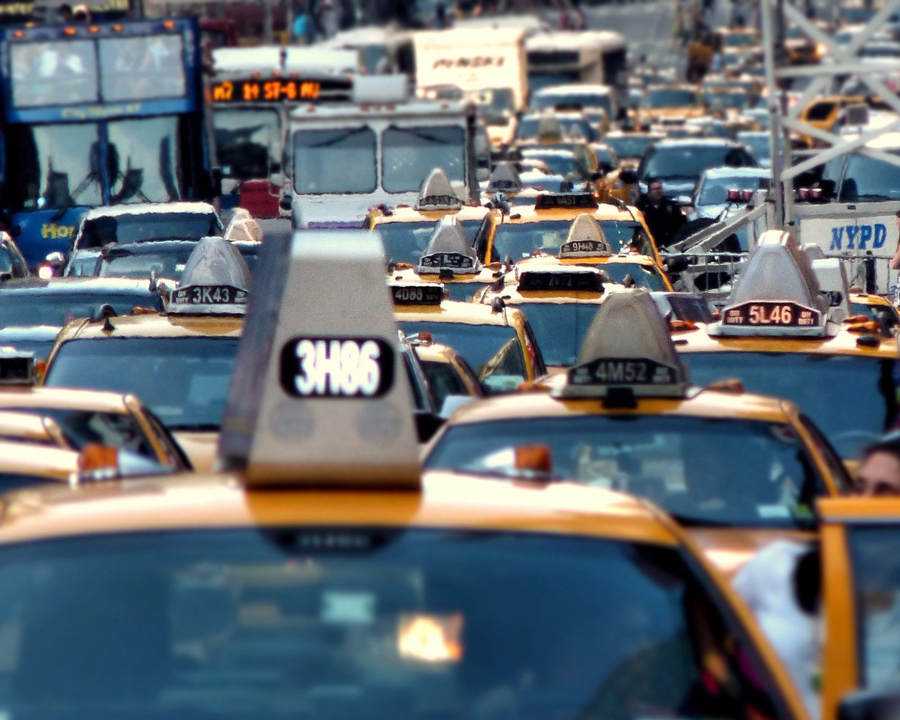 New York State Passes Congestion Surcharge for NYC Drivers
As part of New York Governor Andrew Cuomo’s state budget, The Big Apple will become the first city in the U.S. to charge for driver congestion, a measure that is expected to go into effect in 2021. The state approved the framework for the surcharge, but the details are still being worked out and a final plan is expected to be announced in November. So far, the plan involves any driver who enters the city below 60th St., which the Metropolitan Transportation Council estimates is 880,000 people every weekday. The fees collected would likely be by mail as license plates are scanned and drivers are sent a bill. All fees would be used for improvements in MTA-related projects and to strengthen its public transit system. The estimated fees floating around now are $12-$14 per vehicle, and up to $25 for trucks. Albany anticipates that the new surcharge will raise $1B annually for the MTA, which manages bus, subways, and rail systems throughout the area as well as bridges and tunnels. Of course, everyone from police officers driving to work in their personal vehicles to N.J. drivers who already pay staggeringly high tolls to access the city are clamoring for exemptions to the surcharge. Residents who live in the area would not be charged while staying within the zone, but would be upon return after leaving.

This should not be confused with the recent surcharge that was imposed upon taxis and for-hire vehicles (FHV) earlier this year, which adds $2.50 (yellow taxi) or $2.75 (green taxi and FHV, including TNCs) or 75 cents (any shared ride) for all trips that begin, end, or pass through Manhattan south of 96th Street. The on-again, off-again surcharge was cleared by the courts to proceed in February 2019, and is currently being collected.
Sources: The New York Times, NYC Taxi & Limousine Commission, Gothamist   [CD0519]