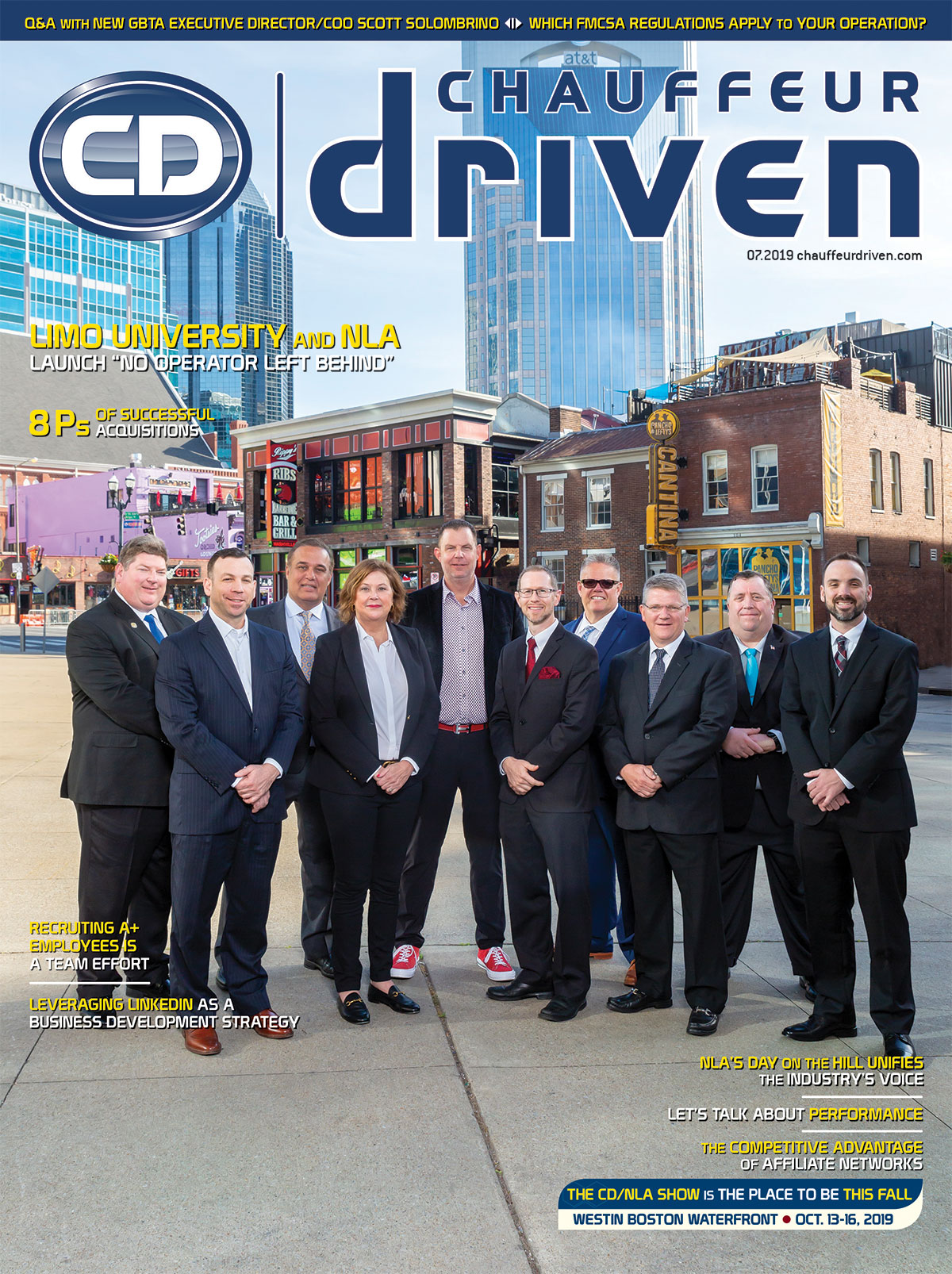 Cover Art: L to R: John Murphey of Black Steel Transportation, Jordan Sanders of Hollowsands Luxury Limousine, Kevin Illingworth of Classique Worldwide, Mary Onstead of Compass Limousine, Limo University Founder Bill Faeth, Eric Alimena of Alimena Limousine & Worldwide Transportation, Doug Schwartz of Executive Limousine, Paul Kovie of Sunshine Limousine & Sedan Service, Kirk Bagger of Captains Car Service, and Steven Dial of Your Personal Driver, on location in Nashville, Tenn. Photography by Chris Wharton of Limo University. Although Bill Faeth hung up his hat as a Nashville-based operator (Silver Oak Limousine) in 2012, he stayed entrenched with the issues affecting chauffeured transportation. In the following years, he built a successful industry marketing/social media agency, Inbound Marketing Agents, but it was when he launched Limo University in 2015 that he was able to tap into one of his longtime goals.

“My sole mission since I started Limo University was to help struggling business owners. We’ve really put all of our efforts in the past three years into serving small to midsize operators,” Faeth says.

Faeth has long recognized that his smallest operator clients needed additional help that wasn’t always readily available to them, especially with their around-the-clock schedules. Many of those owners still handle the majority of their operations, taking calls day and night from clients and chauffeurs alike, selling, billing, and often hopping behind the wheel themselves. Seeing their struggles, he began mulling over a concept he named “No Operator Left Behind” (NOLB), an homage to those most vulnerable members of our industry. 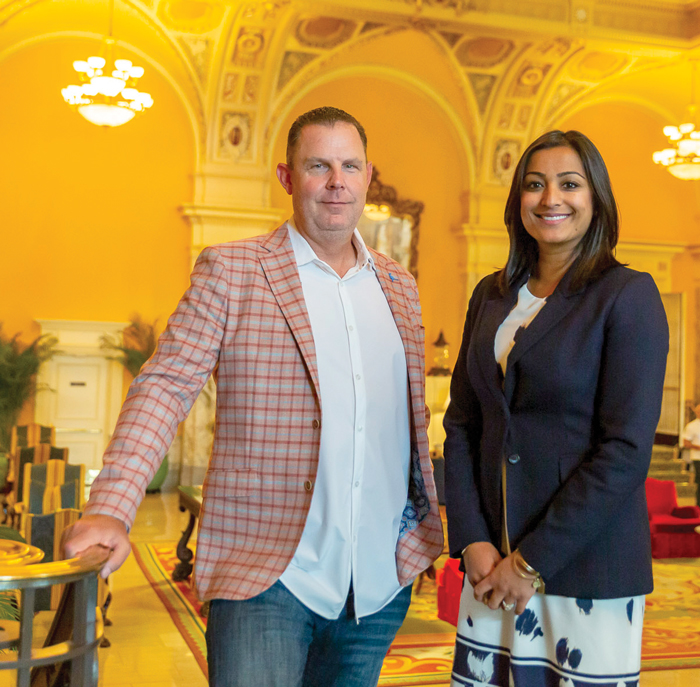 Faeth and Dee Patel, managing director at The Hermitage Hotel, which was Faeth’s first hotel client in 2008 Meanwhile, NLA President Gary Buffo had been very vocal about his intention to not only serve the smaller operators of the NLA but also to bring them on board so that they can mature into the next leaders of the industry and association. A meeting with Faeth reinvigorated his commitment to that goal—although it came with a bit of tough love.

“I can tell you firsthand that everything that we do at the NLA is geared toward the small operator. When someone like Bill sits us down and says that the perception is that we only cater to the larger operators, it hurts; but we have to figure out how to fix it. This is perhaps the best member benefit the NLA has developed since I joined in 1996. I believe this is going to provide a tremendous ROI for our members,” says Buffo. 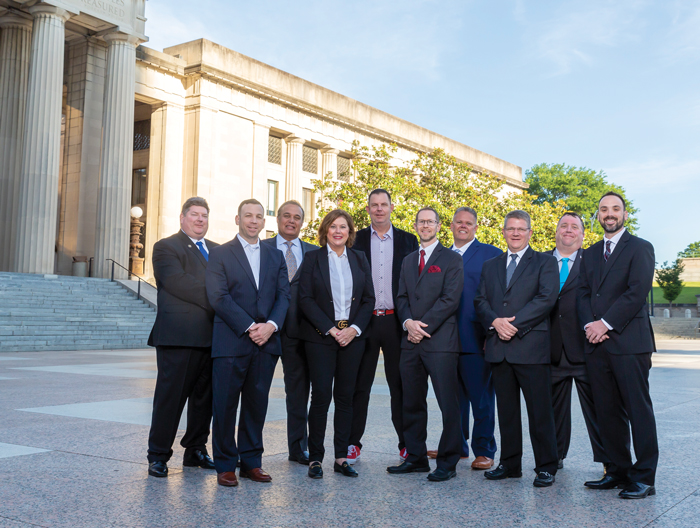 Limo University small operator success stories (L to R): John Murphey of Black Steel Transportation, Jordan Sanders of Hollowsands Luxury Limousine, NLA Board Member Kevin Illingworth of Classique Worldwide, Mary Onstead of Compass Limousine, Limo University Founder and ­Facilitator Bill Faeth, Eric Alimena of Alimena Limousine & Worldwide Transportation, NLA First Vice President Doug Schwartz of Executive Limousine, Paul Kovie of Sunshine Limousine & Sedan Service, Kirk Bagger of Captains Car Service, and Steven Dial of Your Personal Driver NOLB is a multi-pronged Limo University-NLA initiative that aims to arm those small operators (NLA members with 19 vehicles or fewer) with the education and support they need to thrive while connecting them with larger member operators who have the experience to offer guidance. The content, available exclusively with an NLA membership, will be facilitated by Faeth and his Limo University team and delivered via video on demand and podcasts on a monthly basis to start. Over time, these sessions will form a library that operators can access and listen to at any time.

"We’ve really put all of our efforts in the past three years into serving small to midsize operators." – Bill Faeth, Founder of Limo University

“I polled close to 200 operators with fewer than 10 vehicles in my groups and received more than 1,000 questions that they would ask a larger operator if they could sit down with them one on one,” says Faeth. “These are issues like how to put together an affiliate rate card, where to start with social media, or when to purchase another vehicle and what it should be. We really have to dig into the basics because that’s what so many of them need.”

A closed Facebook group will complement the sessions where operators can continue the conversation—and most of all, help to curate content. “I believe in letting the community determine what they want or need help with,” says Faeth, who adds that all of his Limo University groups have been sustained by member-driven topics. “If I don’t have those answers, then I have access to experts who can address those questions.”

Among those experts are NLA Board members, who are motivated to pay it forward for the guidance they received when struggling to take their own businesses to the next level. Buffo wants to smash the myth that the larger NLA operators are “unapproachable.”

“It’s about ensuring that the board is listening because this isn’t our association: It belongs to the members,” says Buffo. “After sitting down with Bill a few times about this idea, it was heartening to see how focused he is on the small operators. We’ve never had that in this industry before: He’s taking 85 percent of our membership and giving them the tools to thrive if they just implement them—and that’s priceless.” 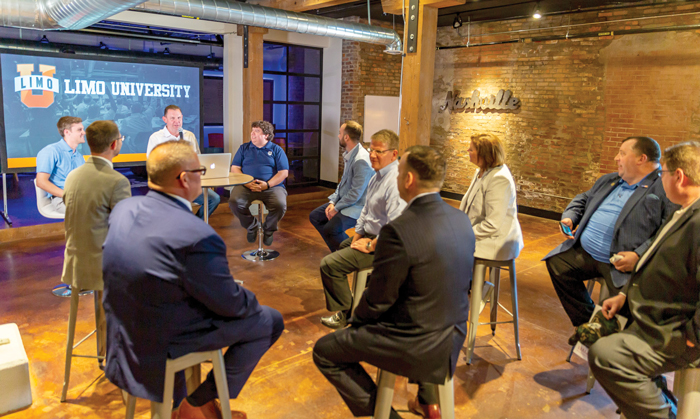 The Limo University team Tim Swart (left), Bill Faeth (center), and Chris Wharton (right) conducting “Office Hours,” their online training Buffo is also stepping up on his promise of promoting small operators by forming a new Small Operator Committee. “The very next day after meeting with Bill, I created a brand-new committee under the NLA’s umbrella called Small Operator Committee, which is chaired by Director Kevin Illingworth of Classique Worldwide and First Vice President Doug Schwartz of Executive Limousine. They are small operators who have a lot of respect from fellow small operators and others in the industry.” Additionally, to further strengthen the voice of the small operator, he adds that the NLA Board will be tasked with creating a small operator seat on the Board during the next bylaws revision.

Faeth also wants to leverage the successes and failures of those larger operators and integrate those lessons into the conversation. Further, he wants to help them speak the same “language.”

This is perhaps the best member benefit the NLA has ­developed since I joined in 1996. I believe this is going to provide a tremendous ROI for our members. – NLA President Gary Buffo, President of Pure Luxury Transportation 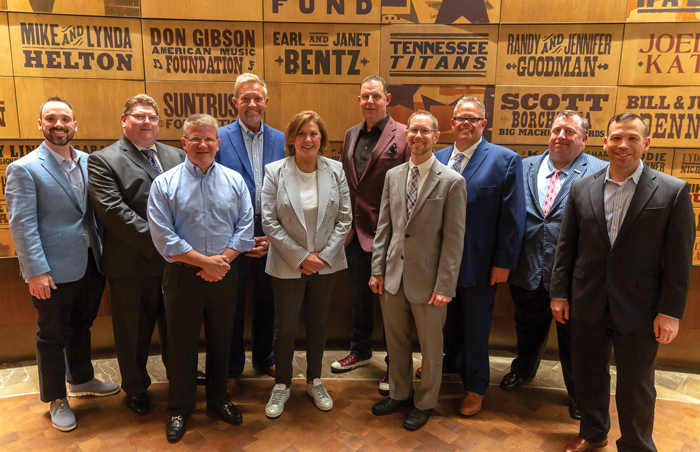 Director of Sales & Marketing at Omni Hotels Tod Roadarmel (3rd from left, back row) featured here with Faeth and Limo University students. The Omni is the largest hotel in Nashville, a former client of Faeth’s, and will be hosting the 2020 CD Retreat “A business conversation between, for example, Gary Buffo and another large operator is so different than a conversation between Gary Buffo and a 10-car operator, which is partially why smaller operators feel left out of the conversation,” says ­Faeth. “My mission is to be able to educate that 10-car operator so that they can have the same type of dialogue as the larger operators.”

Small operators are the true engines of our industry: They are the well-oiled cogs that keep our largest affiliates together by transporting our VIP clients all over the globe. They may not be household names, but they are a major force within the multiverse of transportation options that the limousine industry has evolved into. Through Limo University, Faeth was able to connect with these ultra-small operators—those with fewer than five cars—on their level and mentor them through strategic benchmarks of growth. Many of his success stories are featured on the cover of this issue.

One of Faeth’s most enthusiastic students is Sam Rubin, owner of Four Seasons Concierge. Rubin was a former Uber driver working with two other lapsed TNC drivers to build a company in Park City, Utah. Rubin was in business for three years before he joined every one of Faeth’s programs; within 18 months, Four Seasons had blossomed into a $2.5 million enterprise.

“Bar none, he’s the most successful student I’ve ever had. My no. 1 goal is to see that happen to all NLA members,” says Faeth. 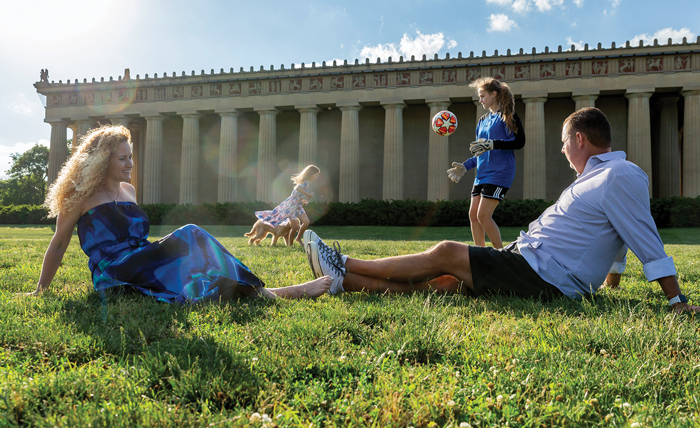 Family time at Nashville’s Parthenon: Faeth takes every chance he can get to spend time with his wife Brea (left), daughters Oaklee (center), Gentry (right), and their Goldendoodle Shaggy But Faeth has also cultivated a faithful following of operators who actively contribute to a viable online support community they’ve nurtured. One member, Mary Onstead of Compass Limousine in Dallas, Texas, met Faeth at an association meeting when she was brand-new to the industry.

“When I asked my members to send me a list of questions that they would want to be answered, Mary sent me nearly 60 legitimate, very actionable questions that would apply to all small operations. When members know that we’re actually engaged with them and know that we care, they will take the time to give us this feedback,” says Faeth.

The feedback, as it turns out, is reciprocal. Faeth was approached by an exasperated Limo University client who just didn’t have the time to watch the videos that comprised the educational content because he spent nearly all of his waking hours behind the wheel. That frustration led Faeth to consider a new format—podcasts—which is one of the ways that NOLB content will be shared. Operators can download the podcast and listen while driving. 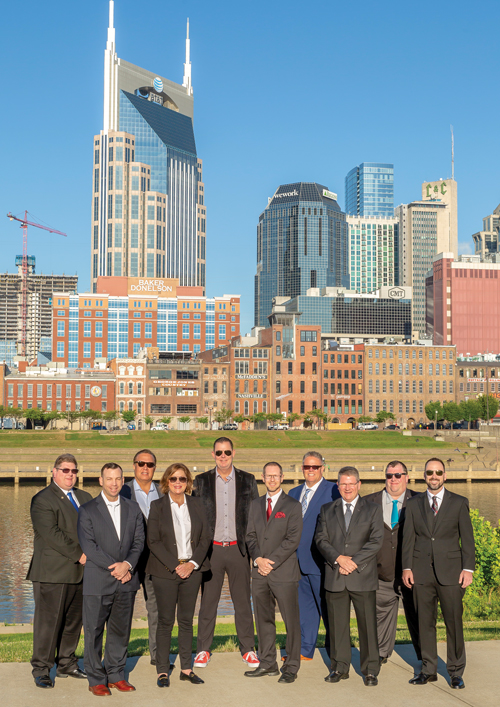 Overlooking the Nashville skyline Faeth expects that NOLB will launch before the end of the summer—possibly even this month. He will also play a role in facilitating a small operator track of education, starting with the CD/NLA Show in Boston with a handful of sessions and ramping up in Las Vegas this February, in conjunction with the CD/NLA Show Education Committee. Additional members-only education is also being considered, such as a small operator boot camp in Las Vegas. The most up-to-date information will be found in the weekly NLA newsletter, at limo.org, as well as in the pages of Chauffeur Driven.

“This initiative with Bill is an incredible step forward,” says Buffo. “Some of the larger companies have grown because they were able to hire a handful of rock-solid salespeople to go out there and sell the business, but the smaller operators don’t have those resources. What they can do is have access to a marketing genius’ brain and incorporate that advice into their enterprise so that they can become a 20- or 40-vehicle operation in the future.”

“Gary, [CD Publisher and NLA partner] Chris Weiss, and I have put together this idea of what I’m going to be able to provide to benefit the smaller NLA members. This has been a huge goal of mine, and I feel like there’s no better platform than the NLA and CD. I have one job in this relationship and that is to make sure that the content that I deliver and the people I’m going to call on to help me is worth two or three times more than their membership dues. It’s a win-win for everybody involved,” says Faeth.    [CD0719]