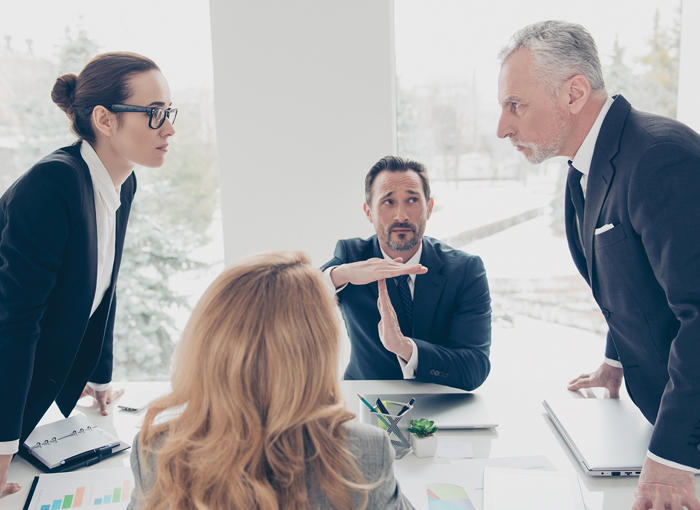 It seems like any time we turn on the news these days, we hear about violence in public spaces, with workplace violence being an ongoing problem. High-profile, extreme examples include a disgruntled city employee shooting and killing 12 people and wounding four others at a municipal building in Virginia Beach this past May, while an armed man entered the newsroom of Maryland’s Capital Gazette in June of last year and opened fire, killing five and sending two to the hospital. An example with a less drastic outcome also occurred in June 2018, when a fight between two co-workers in Ohio resulted in one firing a gun at the other, but no one was killed.

As unpleasant as it is to think or talk about, owners and managers need to understand what is considered workplace violence so that we can implement ways to prevent it at our companies.

The National Institute for Occupational Safety and Health has identified four types of violent perpetrators in the workplace:

1. Criminal Intent. This type of violence has no connection with the business or employees, and the perpetrator is usually committing a crime. Examples of this include robbery, shoplifting, trespassing, and terrorism.

2. Customer or Client. In this act of violence, the perpetrator does have a relationship with the business and performs acts of violence while being served by the business. Some examples include the all-too-common violence against flight attendants, teachers, and health care workers.

3. Worker-on-Worker. This is when a current or past employee ­attacks or threatens another employee in the workplace—and the focus of this article.

4. Personal Relationship. This is carried out by a perpetrator who has a personal relationship with someone at the business, but not the business itself.

While we may think of extreme examples when we discuss worker-on-worker violence, The Society for Human Resources Management (SHRM) explains that it is a spectrum of behavior. It includes not only physical violence but also threats or overt conduct creating an unsafe environment for employees as well as customers.

In today’s business climate, many employers are also considering harassment and bullying as forms of workplace violence. Harassment generally includes aggressive, violent, or threatening behavior (like fear and intimidation), verbal or physical threats, and any conduct that suggests violent behavior. As you draft your workplace violence policy, consider whether it will include harassment and bullying as forms of violence. (In my opinion, this is a resounding YES.)

Currently, no federal law requires employers to prevent workplace violence, but they do need to comply with the general duty clause of the Occupational Safety and Health Act of 1970 (OSHA). This clause mandates that employers must provide a work environment that is “free from recognized hazards that are causing or are likely to cause death or serious physical harm to its employees.” Some states are more specific, so check your local employment laws.

In terms of preventing workplace violence, start with a policy that is both communicated and followed 100-percent. It should include a “zero tolerance” clause, which, as long as it is abided by, will help ensure your workplace is “free from recognized hazards.”

Effective, clear, and firm communication is key to ensuring safety in the workplace. Understand your employees, their relationships with others, potential home/personal life risks, and ability to deal with those risks at work. Take a proactive approach with training, just as you provide training on sexual harassment and its effects.

Most importantly, encourage your employees to report workplace violence, or the threat thereof. Addressing a potential risk early on makes it more manageable and can possibly help you remove it entirely. This is especially true if the issue is within the company’s control, like a disgruntled employee’s argument with a supervisor.

Some of the best practices for preventing workplace violence should start as early as during the hiring phase:

You can take steps to avoid external incidents, too. Limit public access to company premises with IDs or key cards for employees and enforce a strict policy for checking visitors in and out. Encourage staff to use the buddy system when going to their cars at night, provide well-lit outside areas, and install video surveillance both inside and outside the building.    [CD0919] Christina Fiorenza is the HR Director for the LMG Group. She can be reached at christina@lmcpeople.com.