Second-Act Careers: The Benefits of LEO and Military Chauffeurs 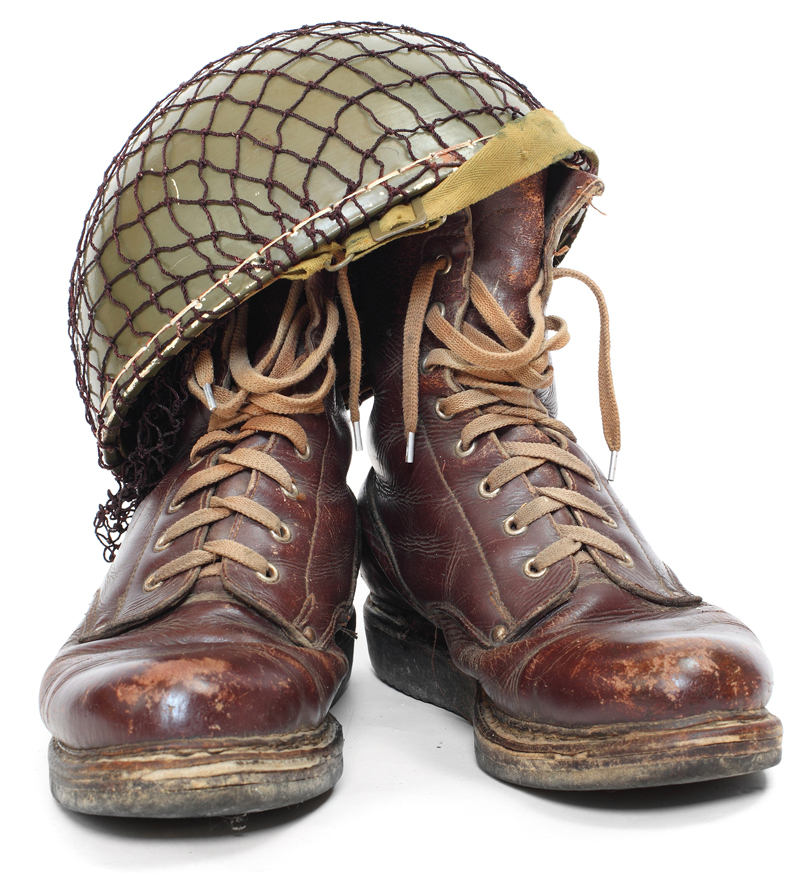 The chauffeur shortage has been an issue That has forever plagued the luxury ground transportation industry, and has forced companies to get creative with their staffing solutions—since personnel problems have a nasty habit of becoming bottom-line problems.

Some organizations have sweetened the pot by increasing the perks they offer their driving teams, from more schedule flexibility and referral bonuses to company buy-ins and health insurance. Others have focused more outwardly, casting a wider net by appealing to retirees looking for part-time work, potential chauffeurs whose first-act careers already equipped them with on-the-road skills, and various professionals who are simply looking for a change of pace.

For those who are attracting individuals who come prepared with a lifetime of corollary experience, law-enforcement officials (LEOs), and military-trained men and women have proven themselves to be a rich niche of untapped driving talent—after all, according to Santana Thomas of San Thomas Protection in Alexandria, Va., no one carries with them a servant’s heart quite like a public servant, whether they’re active, retired, or part-time. 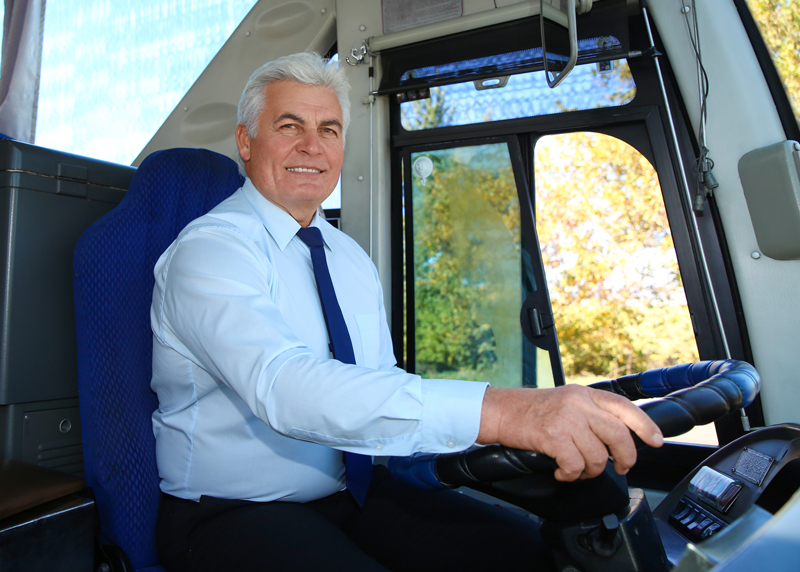 When Thomas relocated from New Jersey’s once-seedy shore town of Asbury Park to the Washington, D.C., metro area where his company caters to the “high net worth” riding public in the Maryland and Virginia capitol region, he brought along his experiences as both a police officer and transportation company professional. Those combined areas of expertise formed the foundation of his current company, which employs chauffeurs from exclusively military or law-enforcement backgrounds, all of whom are presently active.

“Other operators reach out on places like LinkedIn and comment on how unusual my business model is,” Thomas says. “Clients say that it’s a unique service, too, and they love our additional sense of security.”

It’s a unique but not unfamiliar model, and it’s one that even straddles both sides of the Atlantic. Since 2013, the British company Capstar Chauffeurs has established a name for itself by also making itself a new home to military service people with a particular focus on those who have been injured in the line of duty; nearly one-third of its workforce includes injured former British Army officers.

The business model—which is defined by a two-part mission statement that focuses on delivering service with military precision while aiming “to provide employment opportunities to former military and security services personnel”—has garnered it an array of awards, and has been so successful that the company has established a second office in the New York City market.

Interested in hiring LEOs and military personnel as your chauffeurs?
Check out capstar.co and santhomasprotection.com for more details regarding both companies’ stories and the benefits of hiring servicemen and women to your driving staff.

It’s an idea that certainly appeals to safety-minded passengers, but the real impetus behind it came to company co-founders and former military men Capt. Charles Bowmont and Rob Bassett Cross when they were discussing the unforeseen difficulties of transitioning to civilian life once their days with the British Army were over.

“I was at a restaurant with Rob, talking about how difficult reintegration can be for ex-soldiers, when he and I looked at each other and said, ‘Let’s try to do something.’ Civilian life is easier if you have a good education and networks to steer you in the right direction, but if you’ve been in the infantry those skills can be harder to translate. Your most obvious option is to go into private security,” says Bowmant—and thus Capstar was born. 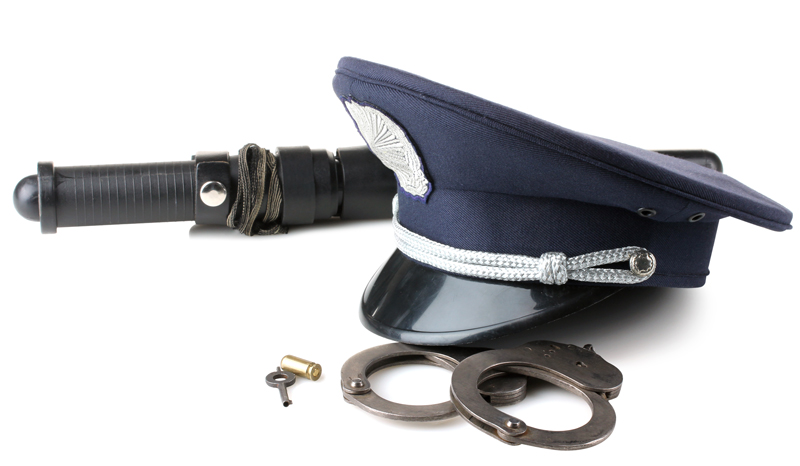 When Capstar established its New York City outpost, management soon realized that more civilian-run U.S. companies eager to hire talent with military background tend to face unique difficulties tapping into those strengths. Recognizing how training for the armed forces creates highly skilled and experienced individuals, Capstar sought to offer sustainable employment to post-military men and women by harmoniously integrating their previous careers into ways that passengers benefit from those deeply trained qualities and values of integrity and excellence—the cornerstone of any chauffeured transportation company.

While Capstar handles the more security-minded aspect of private transportation, Thomas deals primarily in point-A-to-point-B work—though his business does tend to attract more “distinguished” clientele, like diplomats coming in and out of D.C., presidents of the various companies within close proximity to the company’s HQ, professional athletes, and wealthy individuals looking to safely transport their children or aging parents to and from medical appointments.

And, in a post-TNC world, Thomas believes that having not only a thoroughly vetted but also law-upholding citizen behind the wheel is the exact peace of mind that people are gravitating to as more and more horror stories about badly behaving Uber and Lyft drivers make the headlines.

“I think with the times that we live in, there is so much going on that clients appreciate that additional sense of security and they feel reassured knowing that their transportation isn’t something they have to worry about because their chauffeur is a little more trained and a little more vetted than your average driver,” he posits. 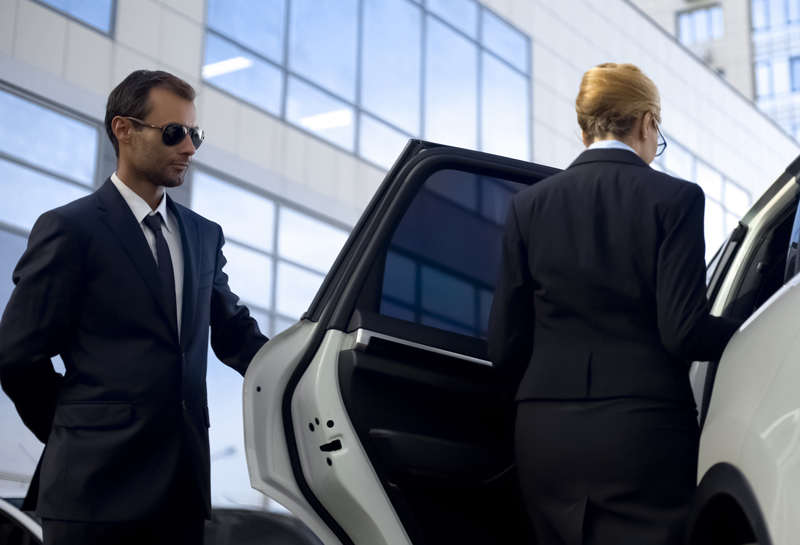 As a bonus, in a market as highly competitive as his, Thomas finds that offering such a niche service easily sets his company apart from the rest, which means he can be more exclusive, flexible, and creative in his solutions than your standard chauffeured transportation company—like maintaining a very small in-house fleet but establishing a business account with Enterprise that gives Thomas “access to Cadillacs and practically every vehicle under the sun” to suit his clients’ variety of needs and preferences.

“There are so many chauffeur services here and some of them have tons of cars on the road, but we’re focused on the presidents of companies, pro-sports athletes, government officials, people like that. It’s like a fancy restaurant: Not everyone can afford it or wants it, but someone has to cater to the extreme high-end,” he says. “It’s hard to compete, but this is a unique model that definitely separates us from other companies. And I think other companies will start to look more seriously at hiring LEO and military drivers in the future.”

Customer service, interpersonal, and driver training are big deals at both Capstar and San Thomas Protection. In 2016, Capstar launched its Pearsons accredited training services; it is now one of eight authorized Transport For London training and testing centers—and boasts the highest pass rate of them all as of last year.

Meanwhile, Thomas feels that his team’s foundational communication courses and requisite driver training from their law-enforcement backgrounds are only augmented by their hands-on experience with his company.

"... this is a unique model that definitely separates us from other companies. And I think other companies will start to look more seriously at hiring LEO and military drivers in the future." – Santana Thomas, President and Founder of San Thomas Protection

“When they’re trained in their respective academies, it includes how to interact with others: There’s communication courses, for instance, which are enhanced through their training so they can implement those skills when dealing with different clients—and can effectively manage different people’s personalities and expectations,” he explains. “Plus, LEOs have set amount of hours where they have to go through rigorous driving courses like driving through cones and making different kinds of quick moves. That’s one of the things that makes them stand out as being uniquely qualified.”

Besides, Thomas adds, as far as developing his staff goes, he hasn’t yet had to untrain any bad habits—he just offers them a good-natured ribbing from time to time.

“They know they’re driving individuals who are pretty high net worth, so they understand that whole part of it: I just tell them that it’s not a police car so please don’t drive the vehicles like they have lights and sirens on,” he laughs.   [CD1119]