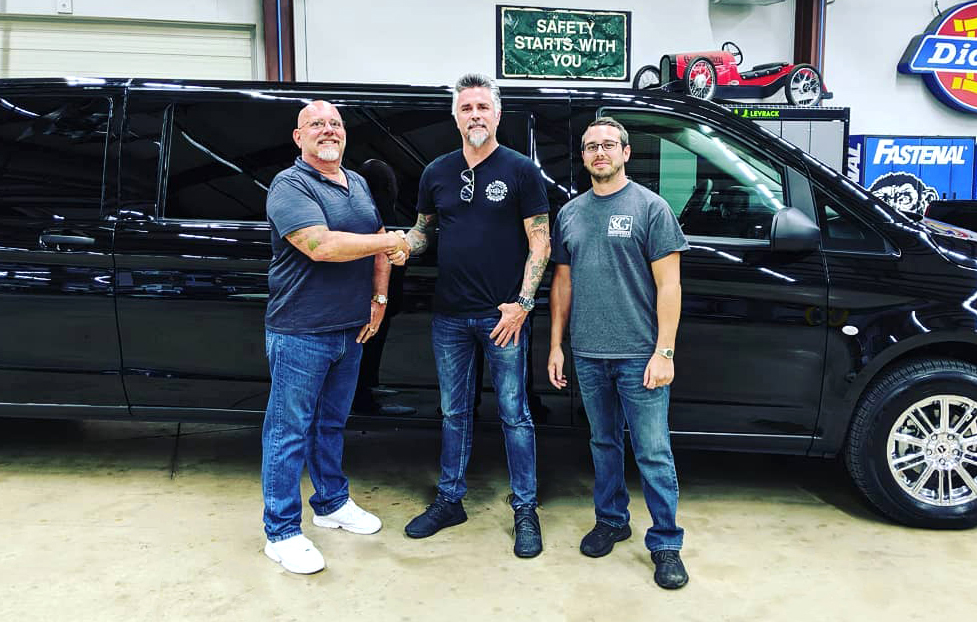 In September, Springfield CEO Gary Spaniak Jr., Vice President of Marketing Gary Spaniak III (ubiquitously known as G3), and Sales Associate Dustin Campbell took a trip to the Gas Monkey Garage to demonstrate one of their new Mercedes-Benz V-class stretch limousines for Rawlings. Needless to say, the Spaniaks and Campbell were thrilled to have the opportunity to share their craftsmanship with the guy who has become synonymous with 21st century hot-rod culture, particularly with the Gas Monkey brand featured on everything from apparel to sports drinks. 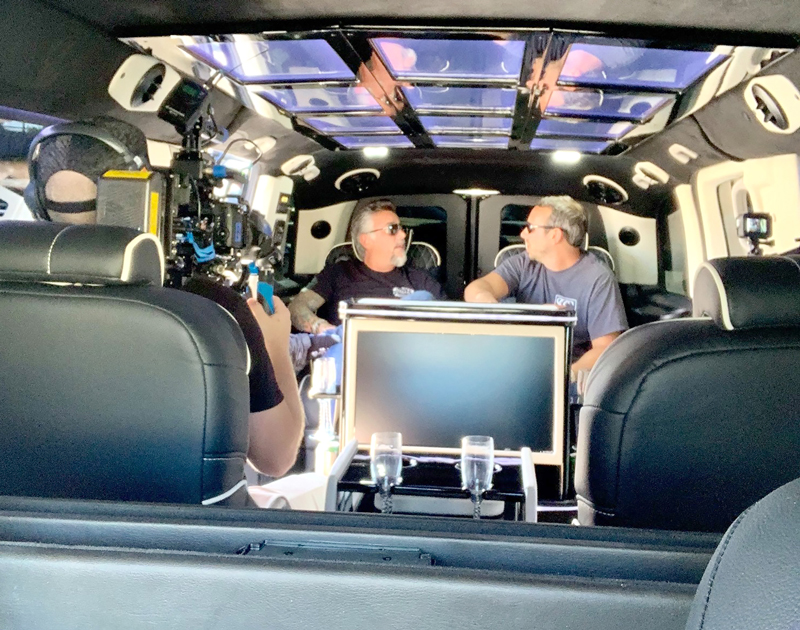 Filming inside the Mercedes-Benz V-class limousine for a segment on Discovery Channel’s Fast N’ Loud “Most of the credit goes to one of our salesmen, Dustin Campbell,” says G3. “He reached out to Richard and told him what we were doing with the Mercedes V-class, after getting word that he was in the market for something a little more private than a big bulky executive van. When celebrities or VIPs go out, they want to be dropped off at the door, but sometimes they can’t in a Sprinter because of the low height of the overhang at hotels or performance venues.”

With the introduction of the vehicle into the U.S. luxury ground transportation market earlier this year, G3 says that Springfield is the first company in the United States to build a stretch from Mercedes’ popular V-class passenger van. The impetus behind the modification was to fill a need in the space for a vehicle that offers luxury to eight to 12 passengers, is easy to maneuver in tight city streets, and with a larger interior space than the popular 120-inch stretch crossover vehicles. 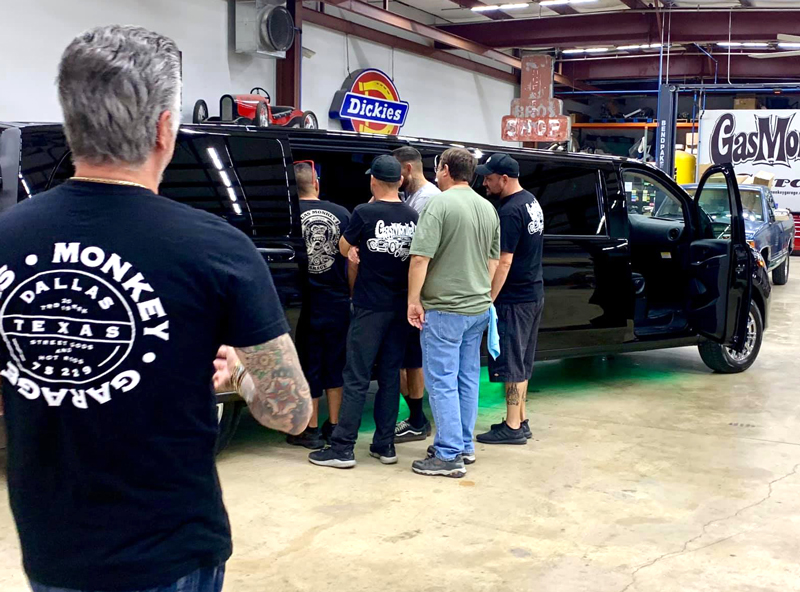 Richard Rawlings (left) lets the Gas Monkey crew get a peek inside his new “command center” Springfield currently offers their V-class stretch in three different configurations. The 10-passenger limousine/airport shuttle offers seating for eight to 12 passengers with more luggage space than SUV limos, and a party-type limo seats 12 with no luggage. However, it was their CEO style vehicle—with four Premier Products captain’s chairs with leg lifts and heat/massage, four fold-out desks, and two 24-inch monitors—that made its way to Gas Monkey HQ. “We went to Dallas knowing we were going to show Richard the V-class limousine and hopefully make a sale, but it was unexpected to end up being filmed for Fast N’ Loud,” says G3. “We took the limo out of the trailer, and then all of a sudden, they said ‘we’re gonna mic you up.’” 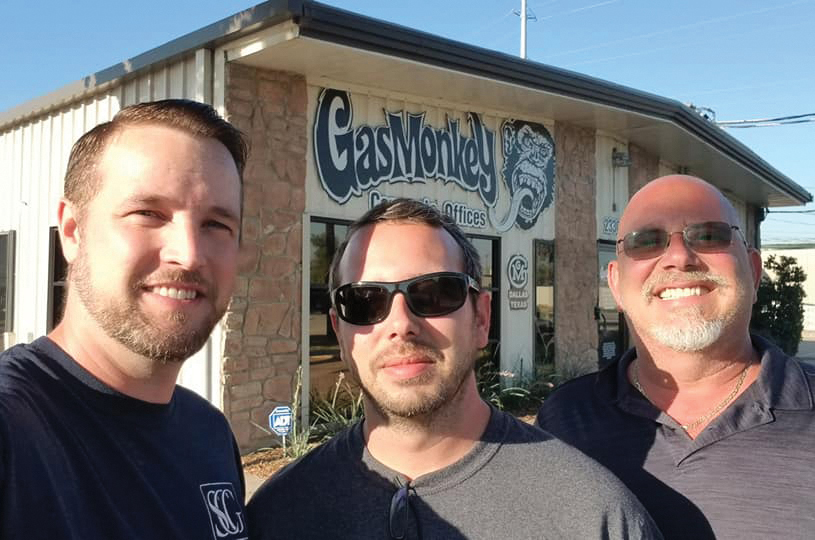 L to R: Springfield Coach’s Dustin Campbell, G3, and Gary Spaniak Jr. The Springfield crew was filmed for a segment in which they demonstrate the V-class to Rawlings and accompany him on a test drive. G3 was on camera demonstrating the vehicle’s options and even sharing a beer with the entrepreneur. Almost immediately after setting foot in the vehicle, Rawlings was hooked.

“Richard enjoyed that every chair had power massage and power leg-lift, but he also appreciated that every passenger has a desk,” says G3. “This model has two monitors with HDMI outputs so that he can hook up his laptop to conduct a meeting. Now, he’s not missing out on any business opportunities; he’s able to continue with sales while on the road. Richard calls it his ‘command center.’” 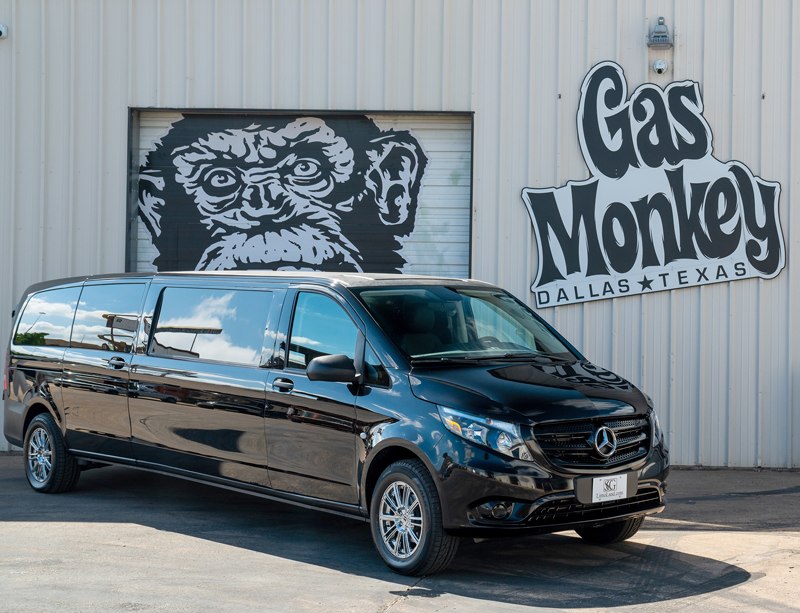 Springfield Coach’s CEO style V-class stretch limousine While the Springfield Coach crew was thrilled to deliver the vehicle to Rawlings, they couldn’t have been more impressed with the hospitality he showed them. The custom car king loaded them up with Gas Monkey shirts for the build team back in Missouri, and even shared a few bottles of Gas Monkey tequila. More importantly, however, the door is now open for future collaborations between Rawlings and Springfield Coach.

“At the end of the day, Rawlings took Campbell aside and thanked him for reaching out. The Gas Monkey team enjoyed the V-class and loved the craftsmanship. The two companies are building a great relationship, and we are already working on future projects,” says G3.