If I were speaking to a group on the topic of gossip, I’d start by asking for a show of hands from those who have been gossiped about. Next, I’d ask those who have gossiped about someone else to raise their hands. I’d be willing to bet that most people would have to raise their hands for both questions and that everyone would raise a hand for at least one—that is, if they were being completely honest.

Just hearing the word “gossip” evokes a strong, negative emotion in me, and in you, I am sure. But it’s not a word most of us have thought much about since middle school. So why are we talking about it? Because it’s a fact of life, as indicated in a study reported by writer Joshua Miller: 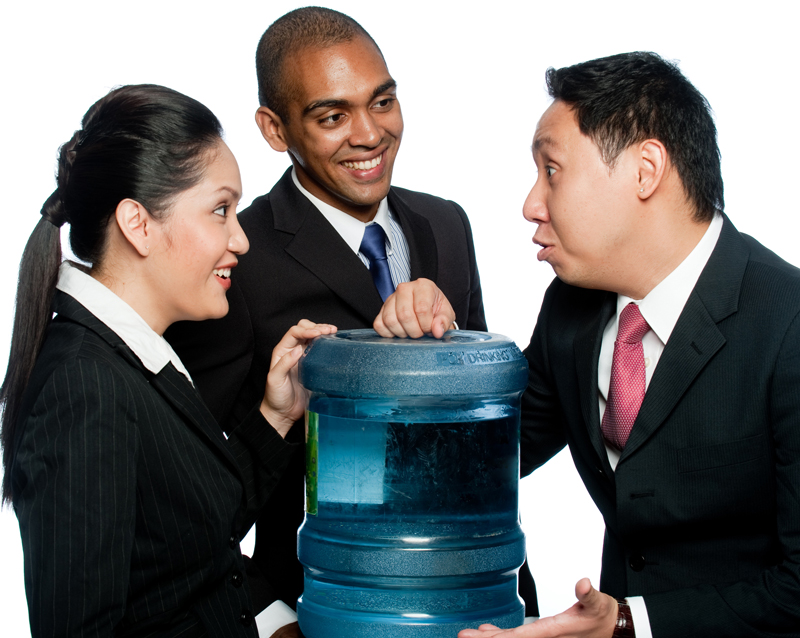 I’ll bet it’s safe to say that we have all fallen prey to the temptation of gossip, if not as an adult then definitely during our teenage years. It hurts, and it’s hard to get over on a personal level. In the workplace, however, it can affect the team and the company as a whole. Further, gossiping is considered harassment and has no place in a business setting.

Of course we want our team to be friendly with each other, as that helps create a positive culture. It’s when the friendly chatter turns negative that we must nip it in the bud because its effects are detrimental to the team. Gossip can lead to a decline of trust and morale as employees may start to tip-toe around each other, not trusting who they can or should talk to. If an employee suspects that a co-worker will repeat what they’re told in confidence, that employee will naturally stop sharing, which creates a wall among the team. Productivity can also be affected. When there’s a “good story” or something to talk about, it becomes a distraction as those sharing the gossip get caught up in the drama of it all. And with the multiple channels of communication these days, the chatter doesn’t just take place at the lunch table or in the chauffeur lounge. It’s continued through text, social media, and instant messaging. When productivity is affected, that translates into tensions all around—on the management level and the team level. And what happens when there’s tension? A toxic workplace that can lead to higher turnover.

But these are things you should already know. How do you rid your company of gossip? First and foremost, having a written policy explaining the company’s stance on gossip is a must. When I create policies for clients, I put this topic in the Code of Conduct and Employee Standards of Behavior. I usually start with something like, “The choices each employee makes during the course of each business day impact not only the employee and his or her department, but also the reputation of (Company) as a whole. To help guide these choices, we have developed this Code of Conduct. This Code establishes standards that govern all of our business practices and should be treated as essential, not as helpful hints or options to be exercised when we choose.” The policy goes on to explain essential areas of respect and understanding, such as commitment to co-workers and professional conduct and attitude.

"... as an owner/manager, it’s vital that you set the example by ensuring your business communications are about ­business and not others’ social lives."

Setting the right example is another crucial piece in protecting your team from harmful gossip. Whether we are an owner, manager, employee, or client, we are all still human, and therefore, interested in other people and their lives. However, as an owner/manager, it’s vital that you set the example by ensuring your business communications are about business and not others’ social lives. This applies equally to what you both say and listen to. Remember what your parents told you when you were young? “Ignore them and they will stop.” That’s so true! People who gossip are looking for a reaction. If you don’t react, they will eventually stop.

As an owner/manager, if you hear gossip or it is brought to your attention, talk to the offender one-on-one. These conversations might be intimidating, but not having the conversation and letting the behavior continue can have a more severe outcome, including communication breakdowns and employee division. And the worst outcome? A key employee leaving the company.

The most effective way to set a good example is to be full of positive feedback to your employees and share that feedback in a group setting. It’s been said that “you don’t have to join every argument you are invited to;” my version is that “you don’t have to join in every conversation of gossip that you are invited to.” The more you speak positively, the more others will follow your lead. Further, when faced with a negative comment about someone else, reply with something positive about that person. Without verbalizing it specifically, you’ll communicate to the gossiper that you are not going to take part in the negative chatter.   [CD1119] Christina Fiorenza is the HR director for the LMC Groups. She can be reached at christina@lmcpeople.com.