Is That Trip Interstate or Intrastate? 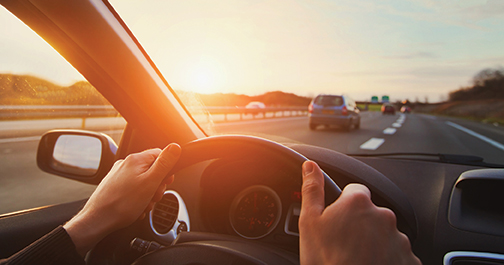 "There are conditions where a chauffeured transportation provider could be operating in interstate commerce even if a trip does not leave the state." If you operate vehicles that are regulated by the U.S. Department of Transportation, you’ve likely encountered the question of whether it’s interstate or intrastate commerce—and more critically, the answer is key to staying compliant. The answer should be simple, but that is not always the case.

To help operators understand the topic, FMCSA offers a bit of clarity in interpreting questions #6 and #13 in 49 CFR 390.3. The essential point is:

Carriers not subject to the FMCSRs must still be compliant with their state’s (intrastate) rules, which may or may not be similar or identical to the federal regulations. Be aware that most states adopt some or all of the FMCSRs as their own. State and local governments can enforce their own vehicle safety rules if those rules do not prevent compliance with the federal safety regulations.

There are conditions where a chauffeured transportation provider could be operating in interstate commerce even if a trip does not leave the state.

However, if the client did not arrange the ride before arriving at the destination airport, then the transfer from the airport to the cruise-ship port is not a continuation of the trip and is not in interstate commerce unless the vehicle crosses state lines.

The prior scenario involved a transportation company with only one location operating in one state. There are at least two considerations for companies with locations in multiple states but have some facilities that only run in intrastate commerce: Another point to keep in mind is that the Unified Carrier Registration Agreement (UCR) uses the same definition of interstate commerce from 49 CFR 390.5—if the vehicle, freight, or passengers cross states lines, it is an interstate vehicle subject to annual UCR registration. However, when it comes to state taxation matters, such as vehicle licensing/IRP and fuel tax reporting/IFTA, the only consideration is where the vehicle itself travels. You may be running vehicles that are intrastate as far as IRP and IFTA are concerned, but interstate for DOT safety and UCR compliance.

The correct classification of your operation(s) as interstate or intrastate is a foundation of staying compliant. For further information, visit fmcsa.dot.gov/regulations/title49/part/390.   [CD1019]

Mark Schedler is the Senior Transport Editor for J.J. Keller. He can be reached at mscheder@jjkeller.com.