Two years ago, in response to the nation’s epidemic of opioid abuse, the U.S. Department of Transportation (DOT) amended its Part 40 drug testing regulations effective January 1, 2018. The most notable change implemented by this final ruling was the addition of four semi-synthetic opioids, often prescribed for pain management, to the agency’s drug testing panel. 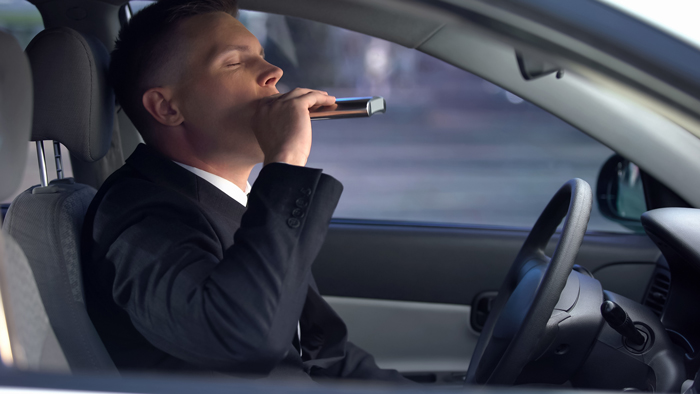 Since the new year, there have already been two additional drug and alcohol testing rule changes applicable to limousine companies subject to Federal Motor Carrier Safety Regulations (FMCSRs), including those that own and operate shuttle and charter buses. The first is an increase in random drug testing rates. The second is the mandatory use of the Federal Motor Carrier Safety Administration’s (FMCSA) Drug & Alcohol Clearinghouse.

These new federal rules require closer examination and a thorough review of your company’s drug and alcohol testing program. To get started, let’s take a look at the key employer requirements of each regulation, and review some best practices and valuable resources you can use to help keep your company compliant.

New 2020 Random Drug Testing Rates
Deteriorating drug test results among the nation’s commercial drivers resulted in the FMCSA increasing the minimum annual random controlled substance testing rate from 25 percent of the average number of driver positions to 50 percent. This change began on January 1 and is in place for the 2020 calendar year. The minimum rate for random alcohol testing remains unchanged at 10 percent.

So, for example, an operator with 100 CDL drivers would have to ensure that 50 or more random drug tests and 10 or more random alcohol tests are conducted during the 2020 calendar year.

This online database identifies, in real time, drivers—both CDL and commercial learner’s permit (CLP) holders—prohibited from performing safety-sensitive functions, such as operating a commercial motor vehicle (CMV), due to drug and alcohol program violations of 49 CFR Part 382, Subpart B.

So, what does the Clearinghouse mean for limousine operators? For starters, as of January 6, 2020, companies that employ CDL drivers must, by the close of the third business day after obtaining the information:

But, that’s not all.

In addition, until January 6, 2023, FMCSA-regulated employers are required to conduct a full query of the database and contact an applicant driver’s previous employers regarding the preceding three years of drug and alcohol testing records before allowing the driver to operate a CMV. When a full query is performed, the data returned by the Clearinghouse will indicate any drug or alcohol violation(s), as well as a driver’s return-to-duty status once they have completed a treatment program following a violation. However, before a limousine operator can conduct the full query, the driver applicant must register with the Clearinghouse and provide consent authorizing the release of their records.

Employers must also conduct an annual limited query of each current driver. That means that limousine companies must perform their first annual limited query prior to 1/5/2021 and annually thereafter. Limited queries simply identify whether information about a driver exists in the Clearinghouse, not detailed violations. Furthermore, only general written driver consent is required for limited queries.

The process gets simpler as of January 6, 2023, when employers will only be required to conduct a full query in the Clearinghouse for a driver applicant’s drug and alcohol testing records. Federal regulations will continue to require that limited queries are performed at least annually for each currently employed CDL driver.

Employers must register with the Clearinghouse prior to reporting any driver drug and alcohol program violations or performing any query, or authorizing a Consortia/Third-Party Administrator (C/TPA) to do so on their behalf. There are no fees to register, but employers must purchase a query plan on the Clearinghouse website in order to conduct queries.

There are a few other important things about the Clearinghouse worth noting:

Best Practices Here are some best practices to help ensure your company’s compliance with federal drug and alcohol testing requirements:

While keeping up with federal regulatory changes can be overwhelming, it’s essential to remain focused on your CDL drivers subject to FMCSA rules, and find ways to remain current on compliance requirements. Failure to do so can cost your company in fines and penalties, and result in other serious consequences.    [CD0320]