Say what you will about reaping in huge profits and stock market value, but let’s face it: the real measure of success for a tech company is whether your company name has become a verb. Think about it ... Google, Venmo, Netflix, and, especially Uber have become part of our everyday lexicon. When was the last time you said, “I’m going to do an internet search”? But I bet you said, “I’ll google it” at least once today. 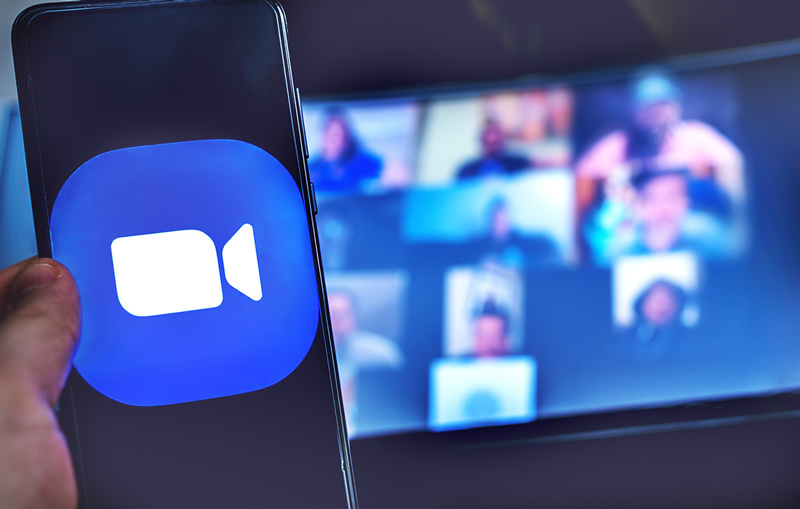 The latest tech giant that has been verb-ified is none other than Zoom. In the past six months or so, Zoom has been the predominant platform for people to communicate via video, whether it’s professionally or socially. Given how quickly the app has become an integral part of our lives, it’s hard to believe that as we entered 2020, Zoom was “happy to grow slowly” after its inception about a decade ago. Since December, usage for all videoconferencing apps such as GoToMeeting, RingCentral, and Microsoft Teams, has grown significantly, but it’s Zoom that has led the pack with a staggering 1,900 percent growth, ranking founder Eric Yuan among the richest Americans. In fact, it was reported that Yuan has made more than $12B since March.

As COVID-19 numbers continue to increase, and a next wave of the virus is considered to be in full swing, it appears that Zooming will remain part of our day-to-day operations for everything from chatting with your team to marketing to your customers. While we all crave the camaraderie that in-person interaction provides, the fact is that Zoom has been valuable during this these past months—and not just for Yuan. Here’re a few tips to maximize your videoconference call experience.

Create a profile. Although links to Zoom meetings allow you to jump right into the conference immediately, it’s worth your while to create a profile in the platform before you join the event. Having a curated profile allows you to set up a consistent on-screen username and upload a profile picture to then customize your Zoom experience by using the Settings option.

Get connected. Although Zoom works well on wireless networks, even as far down as 3G—and let’s face it, we’ve all been guilty of taking part in Zoom meetings on the road—it is recommended that you connect to the internet via an ethernet cable, particularly if you are hosting. It can be brutal to be on a meeting when the speaker’s audio and video is marred by warbling speech and distortion. If you’re taking part/organizing a lot of Zoom meetings, it’s worth your while to check your internet speed. Sites like speedtest.net are fast and free, and may even save you money ... if it turns out your internet speed isn’t matching what you’re paying for from your provider. 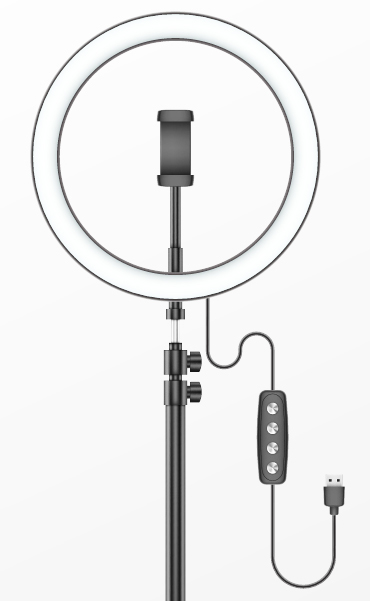 Lights, camera, action. Before you join a Zoom meeting, take a few minutes to prepare. First things first, turn on your camera. Too many meetings are populated by multiple blank boxes identified by a random phone number. Since the entire purpose of teleconferencing is to emulate an in-person meeting, not taking part to the fullest often sends a bad message to the other attendees and can affect your brand.

Perhaps worse than not being seen on a Zoom call is being seen with a cluttered and messy room. So, while your camera is live, perform a “background” check—no, not like the ones you do for perspective chauffeurs. Before you enter your Zoom meeting, look around make sure the visible area isn’t messy or, heaven forbid, you have something inappropriate that attendees will see. While most people taking part in teleconferencing realize you’re at home, and making some sort of concessions, it’s best to put yourself in some sort of office-like atmosphere. If you don’t have a home office, and you just can’t clean up the Legos on the floor in time for the meeting, consider uploading a digital background into your profile. Just click on your Zoom settings, select a generic image, or choose something personal. Selecting your company’s logo is a great idea to brand yourself, particularly if you’re meeting with perspective clients or colleagues.

“Think of your Zoom picture and background as a tradeshow set up,” says Drew Messina of Create-A-Card, who’s frequently part of industry teleconference calls. “You can set the tone of how corporate you want your image to be. A home office gives a warm vibe or you can put yourself in a corporate office atmosphere using a virtual background graphic.”

One of the most common mistakes that Zoom users make is taking part in an area with poor lighting. “If you were at a networking session and they turned the lights off, how easy is it to communicate in the dark?” says Arthur Messina of Create-A-Card and Driving Results. To avoid having your face obscured by shadow or overexposed by a bright back light, it is recommended to have one steady light source, directly by your face, for even, steady lighting. Frequent Zoomers may want to invest in an LED ring lamp that fits around your phone or computer’s camera. These handy gadgets provide the perfect lighting for your conference, and won’t break the bank. 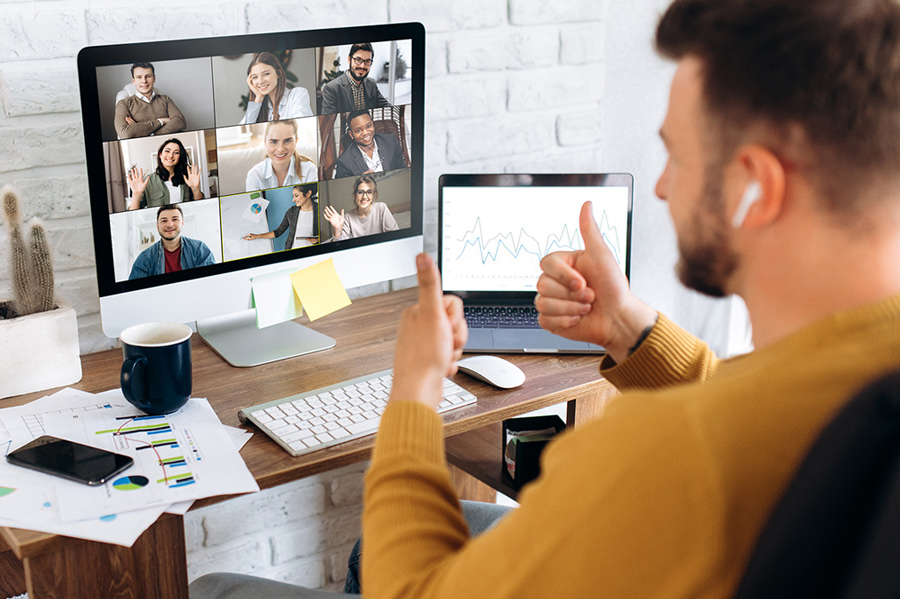 Once your background and lighting are set, adjust your camera so that you are centered in the screen and not in some weird angle. Remember the “Kilroy Was Here” graffiti that showed a little cartoon man with his eyes peaking over a wall? In virtually every Zoom meeting, you can count on there being a few Kilroys whose faces are at the very bottom of their screen with the wall or ceiling dominating the image. Your camera should be at eye level and you should position yourself from the chest or waist up.

While we’re talking about cameras, when you’re speaking during the teleconference, make it a habit to look at the camera as this approach will simulate eye contact. Admittedly, this may take a bit of practice as we naturally look at the faces of the people to whom we are speaking, but in this case your audience can’t “meet your eyes” if you are looking down at the screen.

Dress for success. There’s no denying it: The biggest benefit of working remotely is being able to dress comfortably. With the arrival of the pandemic, pajama bottoms and T-shirts have become the new daily uniform for much of the U.S. workforce. However, when you get on a Zoom call, you should dress in a manner appropriate for the group. While you probably don’t need to free that suit from the dry cleaner bag, you might want to rethink wearing your favorite Rolling Stones concert shirt.

“You’d never show up at a seminar in a pair of ripped jeans or sweatpants,” says Arthur. “Your outfit is a representation of who you are. Digital networking is the same thing.” One thing: however tempting it is to leave the comfy pants on while spiffying up above the waist, it might be a good idea to go the distance. You never know if you’ll have to stand up unexpectedly and reveal your jammies to the world.

Exit, stage left. More recently, the media has had a field day with New Yorker staff writer and senior legal analyst at CNN Jeffrey Toobin after his career-damaging (and completely avoidable) Zoom faux pas. When you excuse yourself from a teleconference, be sure to click the “Leave Meeting” button. Minimizing your screen or opening a new web page will not turn off your camera. Had Toobin realized this, he would not have exposed his shortcomings to his colleagues and would likely still have his job. Sure, this is an extreme—and frankly, bizarre—example of a Zoom call gone wrong, but you don’t want the attendees to hear your private call. Always consider that you’re being seen and heard, so be sure to disconnect completely from the meeting to be on the safe side.

Although Zoom fatigue has set in for a lot of us, there’s no denying that it has provided much-needed assistance during the COVID era, allowing companies to conduct business effectively (and inexpensively). Whether or not Zoom rooms will replace office buildings remains to be seen, but as we adjust to this new world, chances are good that Zoom will remain a permanent fixture of our “new norm.”   [CD1020]