Editor’s note: As we were going to press, several states were considering dropping their statewide mask mandate, including Texas, Iowa, and Mississippi, although local mandates were still in place for most states. Be sure to check if your state, city, or municipality requires masks. 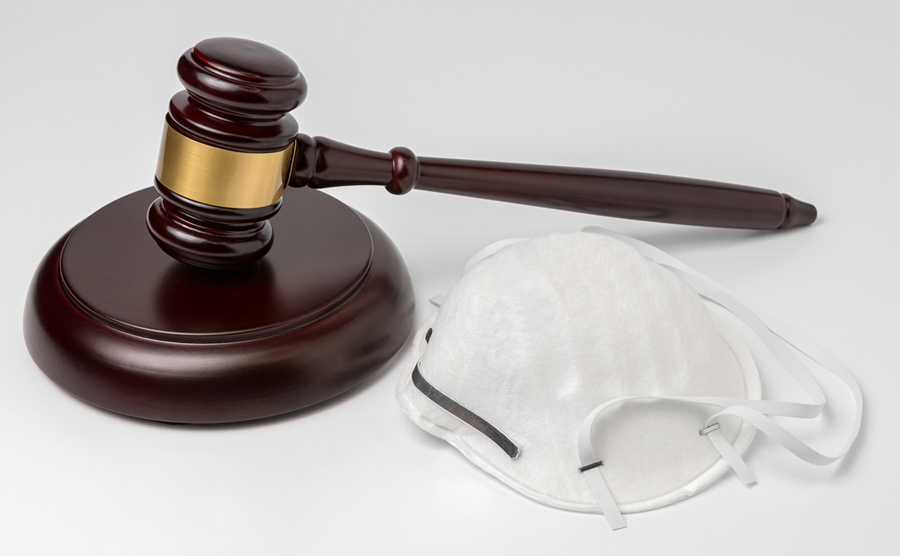 Among the many promises President Joe Biden made early on in his campaign was a plan to institute a national mask mandate upon taking office. His predecessor had rejected the idea for various reasons, among which was the question of whether the president of the United States has the legal authority to issue such a mandate. Truth be told, former President Trump was correct; the president does not have such powers. Specifically, the U.S. Constitution vests the federal government with only limited powers and responsibilities, reserving all other powers for the states to exercise.

Accordingly, on January 21, 2021, President Biden doubled back on his plan and issued an executive order requiring masks while on property owned by the federal government, and during interstate travel. Mask regulations applicable to state property and private businesses remain the purview of local government and the owners of those private businesses. More than half of state governments currently require the wearing of wear face coverings in indoor public spaces, such as stores, restaurants and bars, on public transit, and outdoors when unable to maintain six feet of distance from other people, as do Puerto Rico and the District of Columbia (although these numbers are changing). Similarly, many regulatory bodies inclusive of the New York City Taxi and Limousine Commission require that chauffeurs and passengers wear masks while traveling.

“Of the many lawsuits filed nationwide during the course of 2020, relatively few were brought by employees claiming they got infected at work due to workplace exposure or lack of personal protective equipment.”

The foregoing raises the question: in the absence of an applicable state or local law mandating face coverings, can (and should) businesses mandate the use of masks by their customers, chauffeurs, and employees? There have been numerous studies and ample data suggesting that masks significantly reduce the risk of transmission of COVID and other viruses, protecting not only the wearer but others as well. In fact, this year’s record low influenza numbers are largely being attributed to the steps people are taking to combat COVID, including social distancing, hand washing, reduced travel, and mask wearing. However, the issue of mask wearing has been mired in controversy. Some people view the practice as a simple and effective way to protect themselves and others against infection. Others believe masks don’t work. Still others view mask mandates as a governmental intrusion upon their personal freedom. 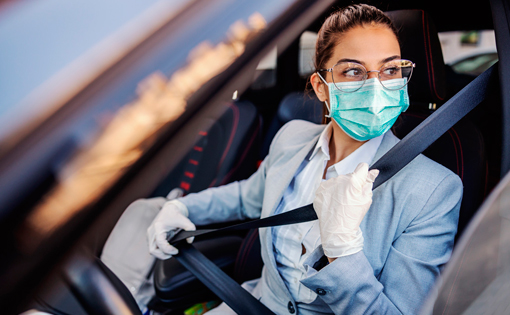 From a business perspective, there is the issue of whether masks cut down not only on the risk of infection, but on the risk of legal claims as well. Transportation companies and other private employers certainly have the right to mandate that employees on their premises wear face coverings if the law doesn’t require them, and they likewise have the right to condition the provision of transportation services on the wearing of face coverings while riding in for-hire vehicles. But do such practices reduce the risk of a COVID-related lawsuit or other type of claim? Numerous Republican lawmakers and business groups have been advocating for the inclusion of a liability shield in the next economic stimulus bill, and several states have enacted their own statutes shielding businesses against COVID-related claims (although not without controversy). The concern behind these laws is that the business community will be unduly burdened by a potential deluge of COVID-related lawsuits and other claims brought by employees who alleging they were infected with COVID at work, and customers who claim their COVID infection is due to having dined in a restaurant (or due to having traveled in a limousine). Opponents argue that such a shield would further erode workplace protections dialed back during the Trump administration, and adversely affect those on the front lines of the COVID battle such as health care workers, first responders, and essential workers.

Data suggest the concern over a tidal wave of lawsuits has yet to materialize, and may well never arrive. Of the many lawsuits filed nationwide during the course of 2020, relatively few were brought by employees claiming they got infected at work due to workplace exposure or lack of personal protective equipment. Even fewer were brought by customers claiming to have been infected while patronizing a business. True, litigation has resulted from outbreaks at meat packing plants and on cruise ships; however, these lawsuits have been in the minority. This is not surprising when one considers the burden of proof a personal injury plaintiff must meet to prove his or her case. Specifically, the plaintiff must demonstrate he or she was infected while doing business with the defendant; a difficult burden to meet during a widespread pandemic. Any defense attorney worth their salt is going to investigate who else the plaintiff engaged with in the days preceding the onset of their symptoms, and more likely than not the plaintiff came into contact with countless other possible sources of infection during that time period. Other potential defenses that are tempering COVID-related litigation include assumption of risk (e.g., the passenger assumed the risk of infection by getting into the for-hire vehicle), and recklessness (e.g., a passenger’s refusal to mask up when asked).

In summary, most mask mandates will continue to be the product of legislation and rules enacted by state and local governments and administrative agencies. While the risk of COVID-related litigation appears to be relatively low (though not negligible), transportation companies should generally enact mask mandates of their own if they are not currently subject to one. While arguably inconvenient, masks do not cause harm, and there have been numerous studies strongly suggesting that they significantly reduce the risk of infection. In the event of a lawsuit or other legal claim by an employee or customer, having and enforcing your own mask mandate can be cited as evidence that your company was not negligent and took reasonable precautions to reduce the risk of infection.   [CD0321] Disclaimer: The foregoing is provided solely as general information, is not intended as legal advice, and may not be applicable within your jurisdiction or to your specific situation. You are advised to consult with your attorneys for guidance before relying upon any of the information presented herein. Kenneth Tuch, Esq. and Laurence Cohen, Esq. are partners with Tuch & Cohen LLP. Roberta Pike is of counsel to the firm. They may be reached at ktuch@tuchandcohen.com, lcohen@tuchandcohen.com, and roberta@stitchthisprintthat.com.