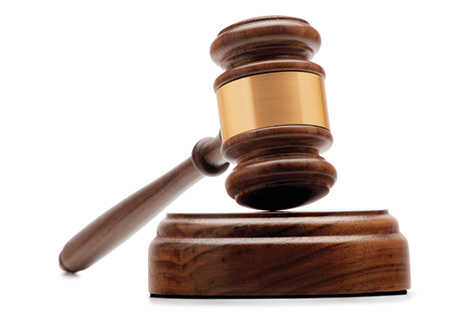 It is safe to say that the advent of the smartphone booking apps like Uber‚ Sidecar‚ and Lyft has disrupted the transportation industry‚ and does not seem to be slowing down. Since 2011‚ when these apps first introduced operations in the U.S.‚ members of the public‚ industry‚ and the regulatory community reacted passionately; some with excitement‚ others with apprehension‚ and others with disdain. The last one is sometimes a result of the blatant disregard for regulations by some of the app companies.

A tremendous amount of resources is being expended on lobbyists‚ lawyers‚ and public-relations professionals by these apps to create new licensing categories‚ known as transportation network companies (TNCs)‚ for a variety of reasons. Some posit that it is an attempt to legitimize the deregulation of the taxicab and limousine industries by allowing open entry to the market with reduced licensing standards and self-regulation by the TNCs (not the government). The initial attempt in one of the original California proceedings was to avoid any regulation; however‚ once regulators at the Public Utilities Commission (PUC) made it clear that regulation could not be avoided‚ such companies begrudgingly portrayed the ruling as a victory. TNCs then sought to use it as a new legal excuse to justify their existence‚ claiming it is part of the “sharing economy” trend. As a result of relentless flouting of existing laws‚ media saturation‚ and lobbying‚ this fiction has become a reality as public servants and elected officials have come under pressure to legally legitimize for-hire transportation being conducted by Silicon Valley-financed technology outfits.

A tremendous amount of resources is being expended on lobbists, lawyers, and public-relations professionals by these apps to create new licensing categories known as transportation network companies (TNCs) for a variety of reasons.”

These companies quickly figured out that the process of introducing and negotiating such legislation‚ and any administrative proceedings associated therewith‚ become part of a relentless media cycle to obtain public-relations attention for their services and brands. From the government’s standpoint‚ new TNC legislation was pursued for political reasons in light of mounting public criticism‚ litigation‚ deaths‚ and alleged crimes being committed by and with TNC vehicles. Cities and states—including Colorado‚ Seattle‚ Chicago‚ and California—are even competing‚ each trying to outdo the next to claim political victory by touting their “innovation” in allowing these TNCs to exist (and thus‚ set the trend) with their very own model legislation. On the other hand‚ many jurisdictions‚ such as Cambridge‚ Massachusetts‚ have adopted the International Association of Transportation Regulators’ (IATR’s) model regulations that allow technology to exist in an accountable‚ safe‚ and fair way (you can read IATR regulations here: http://bit.ly/U8i0ZL). 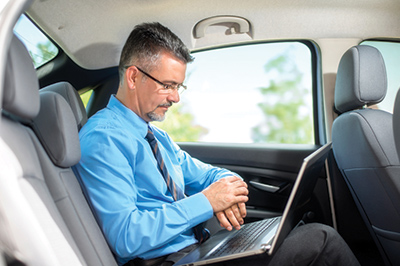 In Colorado‚ Governor John Hickenlooper signed SB 14-125 into law‚ which recognizes TNCs as a separate category of passenger carriers and gives them certain requirements with which to comply. For example‚ the bill specifies that the insurance policies of TNCs must be in place so long as the driver is on the application‚ even if he has no passengers and is not yet on his way to retrieve one. It also requires that TNCs make such coverage “primary” by January 2015‚ obtain a state permit to operate‚ and that drivers pass a criminal background and driving history check. The Colorado Public Utilities Commission has been charged with promulgating further regulations that comport with the bill’s effort to welcome TNCs into the state’s for-hire transportation market.

In California‚ the commissioner of the state PUC issued proposed language to modify Decision 13-09-045‚ entered in September 2013‚ which adopted rules and regulations for TNCs. These modifications specifically address the insurance issues that have arisen due to recent lawsuits in which a TNC driver has injured either a passenger or bystander during the course of TNC service. The proposal defines TNC services as whenever the TNC driver has the app open and/or available to accept rides. Additional modifications also require that TNC permit holders maintain commercial liability insurance‚ medical payment coverage in the amount of $5‚000‚ comprehensive and collision coverage in the amount of $50‚000‚ and uninsured/underinsured motorist coverage in the amount of $1 million per incident.

It has no legal effect until heard and approved by the PUC‚ and it is unlikely it will act before the California Legislature decides upon AB 2293‚ a proposed law that would require TNCs to provide commercial insurance once the driver activates the app. The bill has the support of insurance companies like Allstate and Geico‚ as well as the San Francisco International Airport‚ SF Municipal Transportation Agency‚ and the VP of the Association of California Insurance Companies.

In Seattle‚ Washington‚ after months of negotiations with TNCs‚ as well as an intense mediation orchestrated by Seattle Mayor Ed Murray between the TNCs and the incumbent taxicab industry‚ the mayor announced that the city had reached an agreement that would allow TNCs to operate. Mayor Murray has also asked the Seattle City Council to repeal Ordinance No. 124441‚ a law that had been previously approved in order to regulate the TNC’s operations. Key provisions of the unofficial agreement that has been reached include: TNCs and their drivers are ­licensed; allowing for-hire drivers to have street hailing rights for the first time; providing 200 new taxi licenses over the next four years‚ and transitioning taxi and for-hire licenses into property rights similar to medallions in other cities; and lifting the cap on the number of drivers and vehicles that a TNC may have affiliated with the company. The agreement has been approved by the Seattle City Council and will soon go into effect.

In Colorado, Governor John Hickenlooper signed SB 14-125 into law, which recognizes TNCs as a separate category of passenger carriers and gives them certain requirements with which to comply.”

Around the country‚ the TNC movement has included hiring practically every influential and high-priced lobbyist and lawyer‚ making significant political campaign and other contributions‚ and using social media and grassroots organizing efforts to inflate and exaggerate constituent support. This strategy plays into the hands of politicians who‚ by supporting innovation and technology and by attacking the incumbent taxicab industry‚ pretend to be championing the consumer by helping improve the image of the city‚ creating an image that they are both “tech friendly” and in sync with a new generation of Millennial voters. This political campaign-type marketing strategy by the TNCs is embraced by elected officials who can solidify their political support‚ enhance their campaign coffers‚ and see their poll numbers rise—until tragedy strikes or court rulings interfere with or change the course of public policy.

So what will happen next against this changing political‚ legal‚ and socio-economic landscape? TNCs will most likely continue their efforts to deregulate the marketplace with new and evolving versions of these laws. With the clock ticking on the more than 30 lawsuits that have been filed around the U.S. to date‚ and attempts to delay discovery and court proceedings reportedly taking place‚ it is just a matter of time before an unbiased judiciary may force evolution of the model in a different direction. These lawsuits include national class actions and have been commenced by every party possible: passengers‚ drivers‚ taxicab and limousine business owners‚ insurance companies‚ and government agencies and officials. The legal claims run the gamut from false or misleading advertising and labor law violations to serious offenses like racketeering and wrongful death. These theories are just the tip of the iceberg among many varied and proliferating lawsuits‚ which will continue to be commenced in the future.

The goal of the TNCs is to enter as many markets—big and small—and to obtain as many new customers and app downloads as possible‚ while also signing up as many vehicles and drivers for their networks as they can‚ whether licensed or not. It is a mad race to establish a dominant market share until TNCs are forced to stop by the courts or a change in policymaking by elected officials. A common-sense approach is the most appropriate way to assess the outcome: by attempting to place oneself in the objective and unbiased shoes of a judge who is deliberating on legal theories and facts from everyone‚ but with no stake in the outcome or attention paid to media spin. At the end of the day‚ the types of transportation being regulated are essentially the same: a passenger‚ getting into a vehicle‚ either pre-arranged or hailed by a smartphone app‚ and being transported from point A to B. If laws that apply to taxicab and limousine companies‚ drivers‚ and vehicles require insurance‚ safety vetting (i.e.‚ background checks‚ drug testing‚ driving record review) and other regulatory requirements such as fare regulation‚ permit limitations‚ emissions compliance‚ overcharging safeguards‚ and requirements to serve disabled individuals and underserved communities‚ there must be an underlying public policy rationale that justifies having two sets of standards for transportation companies and TNCs. Other than vague references to “innovation” and “sharing economies‚” no logical basis for having two classes of licenses has emerged.

Ultimately‚ this could serve as the legal fate of these companies. I believe it is highly unlikely the TNCs and disruptive app companies will win all or most of the dozens of lawsuits. Instead‚ while the wheels of justice turn slowly‚ there will come a day where final rulings either strike various provisions of the new TNC legislation or invalidate them entirely. That will not be‚ however‚ the end of the issue. These companies have too many resources and investments at stake to stop and give up‚ so they will return to the political and legislative process to attempt to comply with or evade such rulings. Even one or a few rulings adverse to the TNC legislation or companies could have a legal ripple effect‚ as various legal doctrines allow for facts and legal rulings (especially in federal claims) to be used as evidence or to resolve issues in other cases with similar parties‚ legal theories‚ and facts. While a snowball effect could occur quickly‚ remember that TNCs also have access to the appeals process‚ which could hold up things indefinitely.

TNC legislation will likely be adjusted and tweaked with court rulings‚ or if it is invalidated‚ legislators may positively respond to lobbying efforts to reduce licensing standards for everyone—TNCs and existing taxi and limousine companies alike—thereby resulting in a form of deregulation that could be catastrophic. Deregulation generally has not worked to improve safety or customer service around the world. How and to what extent deregulation happens will unfortunately be due to media events and politics (i.e.‚ future tragedies such as driver crimes and traffic fatalities‚ or other political events such as government investigations or labor actions). Meanwhile‚ government regulators amid this chaos will seek to continue to do their jobs as best they can with limited resources and support. One may view the current landscape as a for-hire transportation track and field‚ with basically two races going on: a long marathon of litigation and a short sprint of lobbying efforts to deregulate and pass evolving TNC legislation. At some point both races will be over‚ and it is unclear who will win and how spectators will feel about the results when they return home from the main event. Only time will tell. [CD0814]