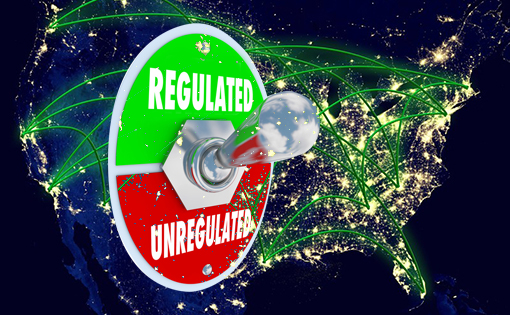 The introduction of transportation network companies (TNCs) like Uber has had a game-changing impact on transportation. As a result, several public safety and consumer protection issues have been raised and are currently being litigated in lawsuits across the nation. There are a panoply of claims, although many of the overarching theories of these claims overlap. Indeed, cases involving TNCs are varied and include everything from personal injury claims to disabilities discrimination. Notwithstanding the diversity of claims asserted, the lawsuits fall into three main categories: injured passenger/bystander suits; driver/industry suits; and government actions.

All of these cases are active and have not reached a final ruling. However, they are directly impacting public opinion, policy, and legislation throughout the country. For example, many are familiar with the most notorious case that precipitated much of the national discussion regarding insurance coverage issues: Jiang Liu, et al. v. Uber Technologies, Inc., a personal injury case pending in San Francisco. On December 31, 2013, an UberX driver was cruising through San Francisco when he struck a family of three (mother, Huan Kuang, 39; her son, Anthony Liu, 5; and daughter, Sofia Liu, 7), killing the daughter and severely injuring her mother and brother. Uber quickly denied any involvement in the accident, but has since admitted the driver arrested and charged in the accident was an UberX partner; however, Uber distinctly notes that the driver was not on an Uber call at the time of the accident. Uber has since terminated the services of the driver, and although the company has expressed its condolences to the family on its blog, it is distancing itself from the accident and any liability.

The Liu family suit alleges that the Uber driver was logged onto the UberX smartphone app and was available to provide rides at the time of the crash. As such, Uber is alleged to have breached its duty of care by entrusting the driver to provide transportation services for the company, and by failing to learn, through background checks, that the driver may cause a danger to the public. Further, because he was allegedly providing services for Uber when the accident occurred, and Uber requires its drivers to use a smartphone to pick up trips, such requirements may have distracted him.

Since it was filed in January 2014, 21 states and the District of Columbia have issued insurance advisories to officially warn the public and potential TNC drivers that one’s personal insurance policy may not cover commercial TNC trips. Additionally, recent regulations enacted in Colorado required that TNCs post a notice to drivers and passengers that personal vehicle insurance may be insufficient. In September, the governor of California signed AB 2293, officially recognizing TNCs as a new category of passenger carriers in the state. This new law will require TNCs to provide primary commercial insurance coverage for drivers and passengers during TNC services. In an effort to address one of the specific issues raised in the lawsuit (i.e., whether the driver was providing TNC services at the time he was operating the vehicle—with the app on—but no passenger in the car), AB 2293 requires TNC insurance to be primary and in the amount of $1M for death, personal injury, and property damage from the moment a participating driver accepts a ride request to its completion. TNC insurance coverage must also provide for uninsured/underinsured motorist coverage in the amount of $1M from the moment a passenger enters the vehicle of a participating driver until he exits the vehicle.

Below are the variety of ways in which TNCs are being challenged legally.

Labor Law Violations & Worker Classification Claims: Drivers have initiated legal action against TNCs for labor law violations, particularly with respect to wage and hour issues. In many cases, drivers are seeking damages in the form of wages and/or overtime that went unpaid due to their misclassification as independent contractors (ICs) rather than employees and/or unpaid gratuities that were pocketed by the TNCs.

Breach of Contract Claims by Drivers: Drivers have sued TNCs for failure to comply with terms of their agreements concerning wages and gratuities. The breach of contract suits include claims that the TNCs have been unjustly enriched by the conversion of drivers’ gratuities as well as the equitable claims of quantum meruit and promissory estoppel, which allow for a claimant to ask the court to enforce a promise or an offer that was made to and accepted by the claimant, even if the agreement at issue does not satisfy the required elements of a legally enforceable contract.

False Advertising or Deceptive Trade Practices: Plaintiffs have invoked federal statutes such as the Lanham Act, and similar state corollary statutes, to assert false advertising. These claims allege that TNCs have made false statements regarding their compliance with the law, which has deceived or has the tendency to deceive the public, thereby resulting in damages in the form of commercial injuries, or money spent to purchase TNC services. The false statements alleged include misrepresentations TNCs have made regarding insurance coverage and proper licensing of the vehicle and/or drivers with the governing agency.

Unfair Competition & Consumer Protection Law Violations: Cases also have been brought by passengers as well as trade associations, competing taxicab companies, and black car/limousine companies alleging unfair business practices and consumer protection violations. There are numerous state and federal statutes that serve to both protect the consumer and promote fair competition, thus the theories upon which several of these claims are based are varied and broad. Many of the state claims are based on state common law or consumer protection statutes. However, federal consumer protection statutes, such as the Telephone Consumer Protection Act, have also been used.

Antitrust Law Violations & Price Fixing: Antitrust laws, also called competition laws, are statutes designed to protect consumers from predatory business practices by ensuring that fair competition exists. They serve to prohibit: conduct that unreasonably restrains trade or commerce; attempts to monopolize a particular market; price discrimination; and exclusive dealing agreements that may have anticompetitive effects. At least one state law case has been filed in regard to price fixing.

Racketeering—Civil RICO Claims: The federal Racketeer Influenced and Corrupt Organizations Act (RICO Act) is traditionally used to impose criminal penalties for acts performed as part of an ongoing criminal organization. RICO has been used in the context of TNC litigation as a means to assert a civil cause of action for damages to businesses caused by the TNCs’ vast commercial enterprise that flouts for-hire vehicle regulations throughout the world.

Disability Discrimination: TNCs are also being brought to court for allegedly discriminating against passengers on the basis of disability in violation of the federal Americans with Disabilities Act.

Interference with Business Relationships: Tortious interference is the intentional, damaging intrusion on another’s potential or existing business relationship, and is usually alleged when a defendant induces a contracting party to break a contract or steals customers away from a third party by unlawful means. Within the context of TNC litigation, this claim has been asserted when disruptive TNCs are illegally operating taxicab services without proper permits or insurance, thus stealing drivers and taking passengers away from legitimate taxicab companies.

Government Lawsuits to Stop Unlicensed For-Hire Activity: Several lawsuits are pending that involve seeking a restraining order or an injunction against TNCs to cease operations because they have failed to comply with local regulations. All government agencies and municipalities have enforcement procedures they must follow to punish those that violate the law. However, when it is part of a company’s modus operandi to defy the law, as has been the case with several disruptive TNCs, cities have sought to shortcut enforcement protocol that may only momentarily curb unlawful TNC operation, by seeking judicial assistance to permanently shut down such unlawful and dangerous business operations.

Constitutional Law Violations—Denials of Equal Protection & Regulatory Takings: There are also a number of lawsuits in which government agencies or municipalities are being sued for violating state and/or federal constitutional rights that require laws to be enforced equally amongst similarly situated persons or businesses. Having different levels of insurance, criminal background checks, and other licensing requirements for TNCs as compared to limousines and taxicabs—which are engaged in the same activity—raises equal protection of the law concerns for two separate license classifications without a proper rational basis. Also, actions have been commenced alleging regulatory takings of private property (medallion values) without just compensation, for the government’s failure to regulate unlicensed ridesharing or TNC type of services, leading to the devaluation of medallion property right values. This is protected by the Fifth Amendment.

What Will Happen Next?
How to regulate TNCs is no longer a question for only local regulators. High-profile politicos and lobbyists are being retained to influence policy and public perception. However, because the review of TNCs is also taking place in our halls of justice, federal judges who are required to be impartial and fair will begin to weigh in on the matter. There is no question that it is highly unlikely either side will win all of the lawsuits. Time will reveal how an objective review impacts the TNC movement. The regulatory clock is ticking for TNCs—and although the court system’s wheels of justice turn slowly, this is clearly one factor that is influencing the mad race among TNCs to quickly acquire as much market share, and pass as much legitimizing legislation as they can. The months ahead should be interesting, indeed.