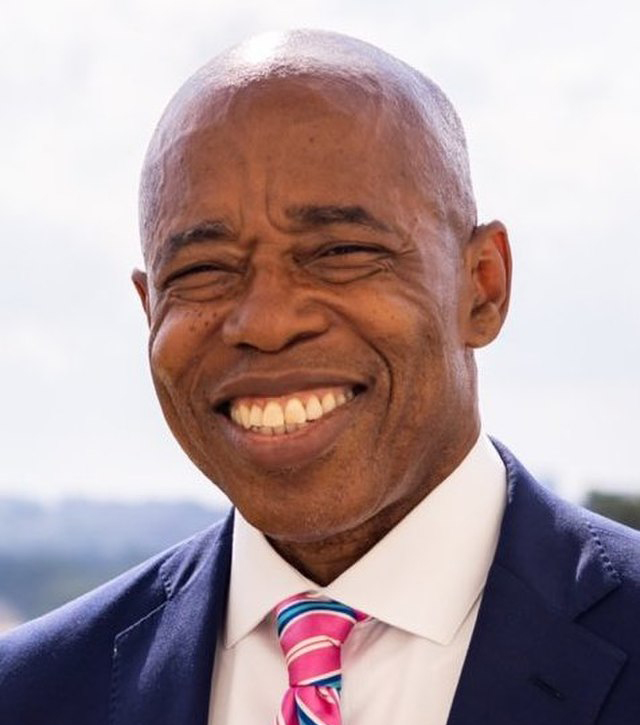 New Mayor With Swagger
On January 1, Democrat Eric Adams began his term as mayor of the Big Apple. Adams, you may recall, is a former policeman who ran through the political ranks, eventually serving as Brooklyn Borough President. Earlier this year, during a conversation with Matt Daus of Windels Marx, the mayor positioned himself as an ally of the luxury ground transportation industry, stating that NYC must take care of not only drivers but also base owners.

His term as mayor got off to a bang. In a speech that garnered a ton of traction (and parody) on social media, he declared that he’s bringing “swagger” back to the city in the face of COVID.

Proof of Vaccine
As the COVID variant Omicron continues to spread in the New Year, some of the nation’s largest cities and states are issuing new mandates regarding proof of vaccination at indoor venues. Effective January 3, Chicago and Philadelphia are the latest cities to join New York and Los Angeles in requiring a proof-of-vaccination card from anyone 5 years and older at venues where food and drinks are being offered. This is in addition to the mask mandate already in place at indoor venues.

On January 15, Washington, D.C., and Boston launched a citywide requirement calling on businesses to verify that patrons are vaccinated against COVID before entering certain establishments.

Both cities mandate that anyone 12 years and older must show proof of at least one COVID vaccine dose. By February 15, they must be fully vaccinated, according to city officials. The vaccination requirement applies to businesses including restaurants, nightclubs, taverns, coffee shops, movie theaters, live entertainment and sporting venues, gyms, and conference centers.

In Boston, the mandate will expand to include people 5 years and older by March 1, requiring full vaccination by May 1. Note that because this is a fluid issue, these mandates were accurate as of press time.
Sources: NewsNation, Grub Street

New CDC Guidelines
Recently the Centers for Disease Control and Prevention (CDC) re-evaluated their guidelines for quarantining after testing positive for COVID from 10 to five days. While some find relief in a shortened quarantine period, the organization initially faced criticism for the lack of testing in the revised guidelines when leaving quarantine. In short, the CDC says people who test positive again after their five-day quarantine should isolate for another five days.

“You can end isolation after five full days if you are fever-free for 24 hours without the use of fever-reducing medication and your other symptoms have improved,” according to CDC guidance.

After five days, you should wear a “well-fitting mask around others at home and in public for five additional days (day six through day 10) after the end of your five-day isolation period,” the guidance says.

The CDC said the decision was based on data that negative rapid tests do not necessarily mean someone has stopped spreading the virus, and PCR tests—the most accurate type—can’t be relied on either, because they continue to show positive results for weeks afterward even when someone isn’t contagious. The reduced quarantine period could ease the stress that the Omicron surge has put on the workforce as well.
Sources: CDC, ABC News

Did something newsworthy happen at your company? Share it with us!
We’ll help you get the word out to our international audience about your new staff hire, addition to your fleet, acquisition or merger, move to a new location, or a recent award won by your company. We’ll publish it on our website, social media, and in our weekly E-NEWS ON THE GO.