Developments unfolding at the National Labor Relations Board (NLRB) and US Department of Labor (DOL) and at the federal level could have massive implications for transportation providers that rely on independent contractors (ICs) as drivers (you can read more about this in last month’s article here). These federal actions come on the heels of California’s Proposition 22—a ballot measure backed by Uber, Lyft, and app-based delivery platforms—that classifies their drivers as ICs while providing certain protections and benefits. Not surprisingly, similar efforts to shield the contractor business model are underway in other states. 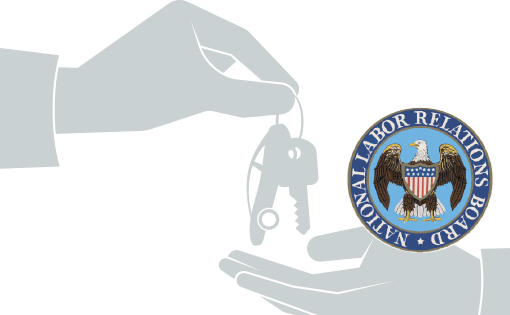 California, AB5, and Prop 22
The California Supreme Court first adopted the “ABC” test in Dynamex Operations West, Inc. v. Superior Court (2018) 4 Cal.5th 903, to determine if workers are employees or ICs for purposes of California Industrial Welfare Commission wage orders. AB5, which went into effect on January 1, 2020, codified the ABC test and expanded it to cover all provisions of the California Labor Code, the Unemployment Insurance Code, and wage orders. Under the ABC test, a worker is considered an employee unless the hiring entity can demonstrate that the worker (a) is free from its control, (b) performs work outside its line of business, and (c) operates as an independent business. If a hiring entity fails any part of the test, then it must classify and treat the worker as an employee.

In the immediate wake of AB5, many commentators opined that the ABC test likely makes it difficult—if not impossible—for gig-economy companies like Uber and Lyft to designate their workers as ICs. In November 2020, California voters passed Prop 22 with 59 percent of the votes, which excluded app-based rideshare and delivery drivers from the AB5 requirements and ensured these workers would remain ICs.

Several individuals and labor groups filed a writ of mandate on February 11, 2021, petitioning the court to compel the state of California and the California Department of Industrial Relations to not enforce Proposition 22 because it is unconstitutional. On August 20, 2021, Alameda County Superior Court Judge Frank Roesch ruled Prop 22 unconstitutional and unenforceable because it infringes on the California legislature’s power to set workers’ compensation and workplace standards.

An appeal was filed last November, and Prop 22 will remain in effect through the appeals process, which could take more than one year. As for the standard of review, when the facts are undisputed, the appellate court’s review of the trial court’s decision is de novo (starting from the beginning), but the appellate court may make its own determination when the case involves resolution of questions of law where the facts are undisputed.

Massachusetts
Massachusetts is one of a few states that has adopted the stringent ABC test for worker classification. The Massachusetts Independent Contractor Statute was originally enacted in 1990, and has been in effect, in its current form, since 2004. In July 2020, the state’s Attorney General filed a driver misclassification claim against Uber and Lyft, alleging the companies’ drivers are employees because they do not satisfy the Massachusetts Independent Contractor Statute. The case is still pending in state court, with parties engaging in pre-trial discovery. There is no scheduled trial date. In the interim, Uber, Lyft, and DoorDash are pushing a Prop-22-like ballot initiative to rewrite labor laws for rideshare and delivery drivers like they did in California. The initiative may appear on the ballot in Massachusetts during the 2022 midterm elections.

Washington State
Washington state law has a six-part test that includes the ABC test for purposes of workers’ compensation and unemployment compensation laws, which can be found V here.

On April 1, 2022, Gov. Jay Inslee signed into law legislation, HB2076, which will bar TNC drivers from being classified as employees. The new law will go into effect at the start of 2023.

Similar to California’s Prop 22, HB2076 provides drivers benefits they do not currently have, including minimum per-mile and per-minute rates, paid sick leave rights, and workers’ comp coverage, but not health insurance. Uber and Lyft, along with a local Teamsters union, helped shape the legislation’s language.

HB2076 includes a list of factors for determining whether a TNC driver will be an employee of the TNC. Generally, a driver will not be an employee if the TNC does not: unilaterally prescribe specific dates, times of day, or a minimum number of hours during which the driver must be logged into the company’s online-enabled application or platform; retain the ability to terminate the contract of the driver for not accepting a specific transportation service request; contractually prohibit the driver from performing services through other such companies (except while performing services during dispatch and passenger platform time for the transportation network company); and contractually prohibit the driver from working in any other lawful occupation or business.

Businesses are seeing a rapid increase in enforcement, litigation, and legislative changes especially when it comes to worker and driver classification laws. If you aren’t doing so already, now is the time to review driver agreements and worker classification practices to see if they align with the new and possibly coming rules. Compliance and monitoring of the litigation and legislation will be the key to success.   [CD0622]