Legal Ease: Can Employees Use Legal Marijuana Out of the Office?

Your company likely has a policy forbidding employee illegal drug use, and that may include marijuana—which certainly wouldn’t be at all unusual. And that policy may forbid using marijuana outside of the workplace, too. So, when an employee comes to you requesting an exception so that they can use medical marijuana prescribed by their physician at home to treat a serious health condition, can your company deviate from its drug use policy to this employee? Must it? Some courts across the country have tried to answer this question and, not surprisingly, the murky answer is “it depends.” Furthermore, it can depend on many factors, including the employee’s job duties and the state in which they work. Note that it’s a very clear cut “no” for your CDL drivers because they must abide by federal regulations, which currently prohibit its usage (more on that later). 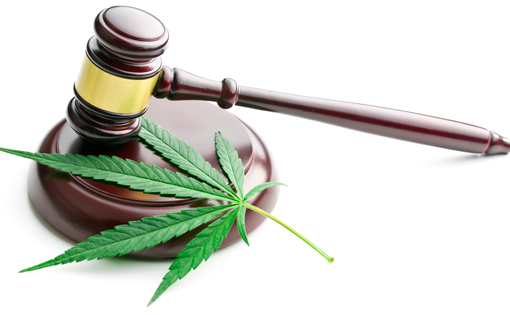 Earlier this year, the New Hampshire Supreme Court was confronted with this question, and the answer handed down by the New Hampshire justices was, yes, employees in the Granite State have the right to use medical marijuana outside the workplace as treatment for a disability while remaining employed, and employers must permit them to do so. That court clarified that, under New Hampshire’s laws, employees may be entitled to use medical marijuana as an accommodation under the state anti-discrimination statute. According to the employee’s allegations, this case, Paine v. Ride-Away, Inc., featured an employee suffering from post-traumatic stress disorder, for which his physician prescribed him medical marijuana according to New Hampshire’s therapeutic cannabis program. The employee submitted a written request to the employer for an exception from its drug-testing policy as an accommodation for his disability, which he was treating with medical marijuana. The employee made clear to the company that he was not requesting permission to use marijuana during work hours or to possess the drug on work premises. The employer nonetheless denied this request and informed the staffer that he could no longer work for the company if he used medical marijuana. After much back and forth, the employer ultimately terminated the employee, who then sued under New Hampshire’s Law Against Discrimination, RSA 354-A.

Under both federal (predominantly the Americans with Disabilities Act) and New Hampshire anti-discrimination law, it is an unlawful discriminatory practice for an employer not to make reasonable accommodations for the known physical or mental limitations of a qualified individual with a disability who is an applicant or employee, unless the employer can demonstrate that the accommodation would impose an undue hardship on the operation of its business. The court determined that state law does not contain any language categorically excluding the use of medical marijuana as an accommodation. The court rejected the employer’s argument that statutory language excluding use or addiction to a federally controlled substance as a disability protected its termination of the employee. The court reasoned that the disability in this case was not drug use or addiction, but the employee’s PTSD and sent the case back to the lower court for further proceedings. So, while it is clear that under New Hampshire’s state anti-discrimination law that an employer need not recognize illegal drug use as a disability itself, the employer generally must accommodate an employee’s other disability—even if that involves allowing medical marijuana use outside the workplace.

This decision follows a similar case decided in Massachusetts in 2017, Barbuto v. Advantage Sales and Marketing, LLC, which reached the same result. Of interest to employers, that court considered some potential undue hardships an employer might face that could justify disallowing employee medical marijuana use. It was suggested that where an employer faced other contractual or statutory obligations that required it to prohibit employee marijuana use, that an employer may be able to show such an undue hardship. Examples of such circumstances include transportation employees in safety-sensitive positions regulated by the US Department of Transportation (USDOT), which require drug testing, or federal contractors obligated to comply with the Drug Free Workplace Act.

For the transportation industry, the Massachusetts court highlighted an important complication: some employees are subject to the USDOT’s Drug and Alcohol Testing Regulation and must be able to test negative for marijuana use as part of their job. Since marijuana continues to be illegal under federal law, there is no medical marijuana exemption to this DOT testing requirement. Some states, like Massachusetts, make it clear than an employer subject to these requirements may terminate an employee who fails such a test. In other states, there is no clear answer yet how state law will interact with these federal requirements. Another wrinkle in an already complex and difficult-to-navigate legal arena.

In fact, the USDOT affirmed that it would not make an exception for recreational or medical use of marijuana (still listed as a Schedule I drug federally) in its drug testing, which was last updated in 2019 but remains an active policy on its website click here. Part of the reason is that marijuana is detectible in a person’s body longer than some other drugs, so it may not be clear when the drug was used. DOT-approved testing company Consortium Pool explains it further: “Although the use of marijuana for medicinal purposes may be legal in your state when you receive a prescription from a doctor, it doesn’t mean that it won’t affect your abilities in any way. Marijuana is a psychoactive drug that can impair a person’s memory and learning ability, distort their perceptions, cause slowed thinking and problem solving, and cause a loss in coordination and motor skills. This is especially concerning for transportation employees and is the main reason why marijuana use, medical or not, is a prohibited drug.”

The patchwork nature of these statutes and decisions sadly means that there are no precise answers to these questions, which makes it critical for employers facing this issue, and crafting or updating handbook language, to discuss their concerns with attorneys familiar with state law in their area. As these cases make clear, employers in all states with legal medical marijuana programs must ensure they are on a solid legal footing when they consider employee requests to use medical marijuana outside of the workplace to treat disability as a potential reasonable accommodation for disability. For now, it remains a fluid issue.   [CD0722]

Samuel Martin is an associate for the law firm, Jackson Lewis P.C. He can be reached at samuel.martin@jacksonlewis.com.