The Port Authority of New York and New Jersey (Port) is one of the last major airport authorities in the United States without a ground transportation permit and access fee system for taxicabs,

for-hire vehicles (FHVs), or TNCs at any of its three major airports: Newark Liberty, LaGuardia, and John F. Kennedy. Before 9/11, there was a shortage of taxicabs and high demand for air travel, so it made sense not to scare away much-needed drivers by imposing fees to access the busy airports.

Then all of that changed in spring 2017, when Port staff attended a conference of the Airport Ground Transportation Association (AGTA). The staff took copious notes during a presentation by a San Francisco International Airport (SFO) official who talked about the many millions of dollars in permit revenue and administrative fines TNCs were generating for SFO. The Port—a self-funded agency—has been looking for new revenue sources for years, so this obviously piqued their interest. 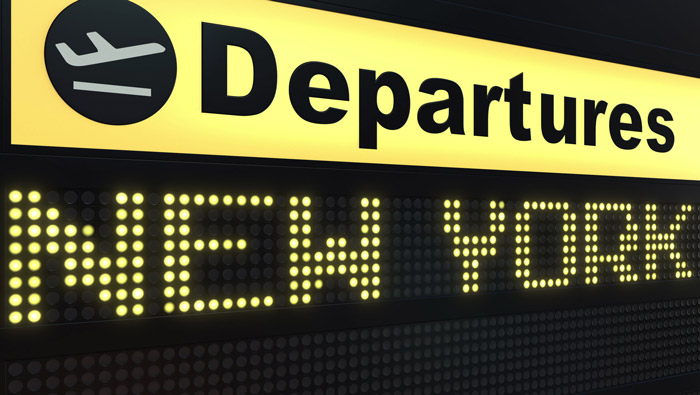 More than two years later, on September 26, the Port Authority Board approved new access fees at the agency’s airports as part of a package of toll and fare hikes. Starting October 3, 2020, all FHVs—including app-based services—will be charged $2.50 for each pickup and drop-off; pooled FHVs will be charged $1.25 for each pickup and drop-off; and taxis will be charged an initial fee of $1.25 for pickups only, increasing to $1.75 per taxi pickup beginning on October 1, 2022. (You can read more about this on page 90, which details the updates, issued by the Limousine Association of New Jersey.)

Why did it take two years, and at a time when business in the traditional FHV and taxicab industries is declining due to the growth of TNCs? The inconveniences created by construction at LaGuardia Airport may have impacted the decision to wait, but also allowed the Port to show it had new and improved roads, services, parking, and amenities to justify the fees they planned to charge. Reconstruction gave the Port a chance to test whether new pickup areas and curb space reassignments could work from a traffic flow standpoint. Also, the doom and gloom predicted with congestion pricing in Manhattan’s Central Business District earlier this year did not come to pass, save for limited grumbling and some ridership loss, which may have prompted the Port to move forward with airport fees despite the hostile political and business climate.

❱ Compromise Found The approved plan actually scaled back proposed fees from $4 for each FHV passenger pickup and drop-off and $4 for each taxi pickup that was originally introduced back in June. The approved plan also added a discount for pooled FHV rides and reduced the cost for FHVs and taxis to account for the current industry conditions for each. According to the fee schedule, “[p]ooled FHV rides are where two or more paying parties share a single pre-arranged FHV ride and pay separately.” All of these changes were made following input received by the Port during the public comment period.

❱ The Port’s Improvement Plan The Port announced that it will make improvements to the airport taxi dispatch systems, traffic management, and facilities and amenities at the hold-lots for drivers. The near- and long-term improvements include upgrading and replacing temporary restroom and break facilities with permanent structures, enhancing cell service, and making healthier options available at the holding lot cafeterias. These improvements for drivers are part of the Driver Experience Improvement Plan that the board adopted via resolution in September. The Driver Experience Improvement Plan also calls for increasing the Port’s efforts to combat unlawful passenger pickups by educating customers about the dangers of illegal drivers and the safety and ease of a legitimate airport pickup. It also plans to ramp up enforcement by adding extra officers, including undercover and specially trained hack officers, and coordinating efforts with District Attorneys and other relevant agencies, like the New York City Taxi & Limousine Commission (TLC).

❱ Plan to Collect Fees: A Work in Progress While most industry leaders have accepted the new fees and compromise, there is still some doubt regarding enforcement and collecting fees. The Port has indicated payment will be similar to the collection of the congestion surcharge or MTA taxes, where bases or licensed companies will be tracked using technology, but may be required to pay periodically after receiving invoices, estimates, or some other payment notice—as opposed to using costly transponders to gain access to the airports used around the U.S.

The plan is to enforce fees by denying delinquent companies entry to the airport, though there will be challenges in doing so given how drivers work for multiple operations and apps, and many taxicab companies in New Jersey do not have GPS app technology or credit card payment systems. The Port also indicated it will be issuing permits to companies, to help with collection of the fees and accountability. Several software companies are being considered, and a bid will likely be held to geo-fence and track all vehicles coming onto Port airport premises.

❱ Some Historical Lessons & Guidance The Port, while not giving industry stakeholders the result they all wanted (no fees), did listen and made changes to apply the rules with thoughtful consideration for the macro-challenges being faced outside the airports. However, just like the first time taxicab fares started being regulated, the politics and business implications of the impact of airport access fees on other policy decisions made by the TLC and private business decisions are here to stay, and will become more complicated over time.

It is rare in history that tolls or fees are ever reduced or removed. The only recent historical example was in the summer of 1997 (an election year) when then-New York City Mayor Rudy Giuliani removed the fee for the Staten Island ferry, after the borough voted overwhelmingly for him in the first election. In 1911, New York City Mayor William J. Gaynor removed the tolls on the East River bridges, never to return until our recent discussions decades later as part of congestion pricing, MOVE-NY, and Fix NYC. Now, there will be constant oversight exerted by the Port on the industry and passengers as an extra revenue source, just like the Metropolitan Transportation Authority (MTA) has been doing for years with the MTA tax on taxicabs. Industry stakeholders and drivers will always be looking over their shoulders and cringing whenever fees are raised in the future—as they will most certainly go up and up and up over time—as history has shown.   [CD1119]

Matt Daus is a partner with the law firm Windels Marx, President of IATR, and a leading authority on ridesharing apps. He can be reached at mdaus@windelsmarx.com.