Marijuana Legalization and Its Impact on Transportation Companies

Editor’s note: In the July issue, attorney Samuel Martin discussed marijuana use policy in the workplace from a legal perspective (read here: bit.ly/3Cyzbvg). With the recent action by President Joe Biden to pardon select marijuana offenses, an update was in order. The federal government is also inching closer to potential decriminalization—or at least relaxing current standards—by considering its removal as a Schedule 1 drug. With widespread social acceptance of marijuana, some believe it’s less of an impairment than alcohol, causing headaches for employers. Bottom line: Vigilance is imperative when navigating this this thorny issue in the workplace.

On October 6, 2022, President Biden pardoned all prior federal and D.C. offenses of simple marijuana possession, and urged governors to do the same. He also directed his administration to expedite a review of marijuana’s classification under the Controlled Substances Act.

Presently, in the eyes of the federal government, marijuana is an illegal Schedule I drug (which means it has a high potential for abuse), and the U.S. Department of Transportation has a zero-tolerance policy on marijuana product use for commercially licensed drivers. On the state level, a noteworthy number of jurisdictions have legalized the recreational and medical use of marijuana in recent years, significantly changing our personal lives and affecting law enforcement and the transportation industry. 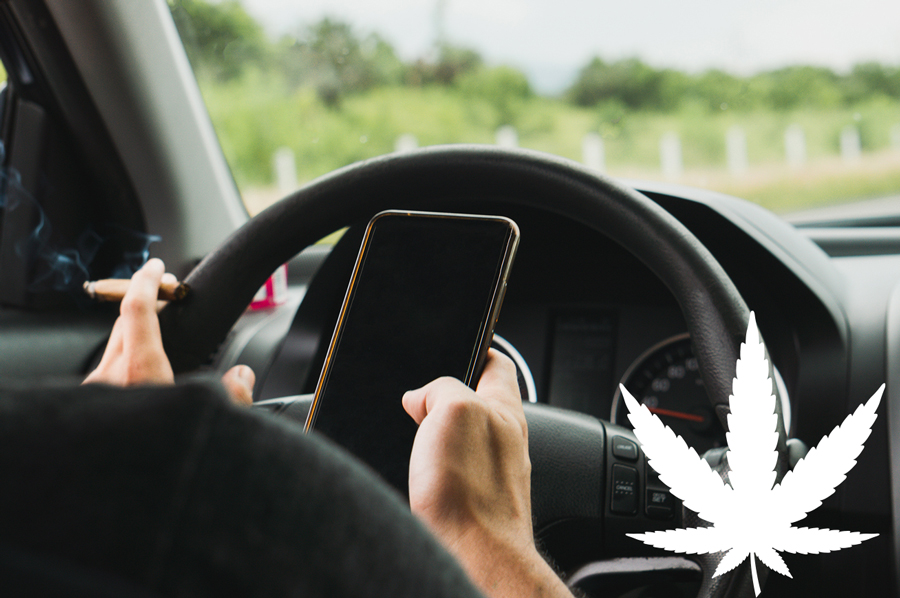 The clash of federal and state laws on marijuana use has created a haze of confusion for transportation employers and has also led to a growing number of commercial driver’s license (CDL) holders being sidelined after testing positive for the substance. The federal-state law conflict is particularly confusing for luxury passenger transportation companies, which often employ both CDL drivers and non-CDL drivers.

So, what are operators to do in this age of legalized marijuana? Here are some things to consider.

CDL Drivers
To date, 19 states have legalized recreational marijuana use, another 37 allow medical use, and more are expected to enact some form of cannabis-related legislation by the end of 2022. However, this legalization has not changed one important fact:  Drivers operating a commercial motor vehicle (CMV), as defined in 49 CFR § 390.5, are still prohibited from using marijuana under any circumstances, regardless of state or local laws.

According to the Federal Motor Carrier Safety Regulations (FMCSRs), a person is not physically qualified to drive a CMV if they use any Schedule I controlled substance. In addition, the FMCSRs prohibit a driver from being in possession of or under the influence of any Schedule I drug, including marijuana, while on duty, and forbid motor carriers from permitting a driver to be on duty if they possess, is under the influence of, or use a Schedule I controlled substance.

The Federal Motor Carrier Administration (FMCSA) has also remained adamant that legalization of marijuana use by states and other jurisdictions has not modified the application of the drug testing regulations in 49 CFR Parts 40 and 382. Therefore, the use of marijuana—medical or recreational—under a state law is not a valid medical excuse for a CDL driver’s positive drug test result, and medical review officers are prohibited from verifying a drug test as negative based upon learning that an employee used the drug when states have passed marijuana initiatives.

FMCSA’s Drug and Alcohol Clearinghouse (DACH) provides companies the ability to check if a driver is “qualified or not qualified” based on either a positive drug test, a refusal to test, or not having completed the necessary Substance Abuse Program from a qualified Substance Abuse Professional. Checking the DACH prior to hiring CDL drivers and at least annually for current CDL employees is required by federal regulations. What’s more, an operator might be considered negligent if an employee who is not qualified to drive causes an accident in a company-owned vehicle.

Passenger transportation businesses with CDL drivers must also keep employee and supervisor drug and alcohol training programs up to date, and clearly communicate to their FMCSA-regulated drivers that federal laws take precedence. Companies should remind drivers that not only does marijuana leave sufficient amounts of Tetrahydrocannabinol (THC) to result in a positive drug test, but Cannabidiol (CBD) and hemp products—even those labeled as THC free—often contain large enough quantities of the compound to trigger a positive result as well.

Non-CDL Drivers
As for non-CDL drivers—those who drive your other fleet vehicles—passenger transportation companies are not bound by the FMCSRs related to marijuana use. The challenge, therefore, is how to manage non-CDL driving staff in this age of legalized marijuana.

The key is developing a comprehensive drug and alcohol policy that accounts for the current cannabis laws in each state where the company operates. While a zero-tolerance policy may not be possible because of these laws, the company policy should spell out expectations and discipline regarding its use, such as reporting to work under the influence, using or possessing any form of the drug on the job, and intoxicated driving. If drug testing is part of the company’s policy, behaviors that trigger reasonable suspicion of drug use, impairment thresholds, and the consequences of testing positive should be included.

Businesses that operate in a state that permits the use of medical marijuana face additional challenges because not only do the conflicting federal and state marijuana laws come into play, but so do disability laws and the courts that interpret them. If a person is approved for medical marijuana use, the first issue that must be addressed is whether they are physically capable of driving safely. If that hurdle is met, then employment likely hinges on very careful scheduling and a level of good faith that the driver will practice safe behaviors on the road. Most state drug testing regulations do not allow for random testing, so a reasonable suspicion assessment and testing may be required. While pre-employment testing is often permitted, companies must evaluate if it’s necessary or whether it will help determine if a candidate is able to meet the organization’s hiring standards. While there’s no easy solution, the bottom line is, driving while under the influence anywhere in the US is strictly prohibited and should be spelled out in your drug and alcohol policy.

It’s also extremely important to have an attorney familiar with state employment and marijuana laws review the company drug and alcohol policy and provide feedback before sharing it with employees. Management must also monitor marijuana laws in the states where they operate, and update company policies as needed.

Passenger transportation operators will also benefit from educating non-CDL drivers on the effects of marijuana, CBD, and hemp products on driving impairment. (City, county and state drug and alcohol agencies are valuable sources of information, materials, and services.) Consistent training on prevention and safety practices for all drivers will help serve as a reminder of the heavy responsibility of their role behind the wheel.

It’s worth noting that some CDL drivers who have been disqualified from commercial driving due to reported drug violations in the FMCSA Clearinghouse may be in the labor pool trying to find non-CDL employment. There’s a risk of negligence for operators who employ drivers with past positive drug tests should an accident involving intoxication occur, so cautious hiring and careful vetting of every candidate is a must.

A Final Word
The legalization of marijuana, at least on the state level, is showing no signs of slowing down. This changing landscape means that transportation companies need to address marijuana usage head-on. It is imperative for operators to manage their driver pool to reduce the risk of complicating a crash and claim settlement by employing an unauthorized CDL driver or a driver under the influence.

Employee and supervisor training and a clear drug and alcohol policy detailing how the organization will hire and retain drivers, as well as terminate those who violate its policy or federal drug testing regulations, is critical. After all, even in this age of legalized cannabis, no driver—CDL or non-CDL—is permitted to operate a vehicle under the influence of marijuana in any state.   [CD1122]