On the eve of the opening of the New York International Auto Show this past April, Lincoln and Cadillac debuted two of their latest models that will be available in 2016: Lincoln Continental and Cadillac CT6. Many media outlets reported that these two vehicles were the highlight of the show, despite many other automakers releasing new designs, including the Hyundai Genesis and Equus and the Chrysler 300. One thing is for sure: The competition just got stiffer in the full-size luxury sedan category. We had a chance to check out both of the vehicles in person, and here is the latest information. 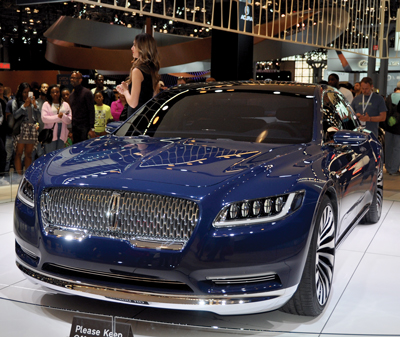 Lincoln Continental
The last time you saw a brand-new Lincoln Continental, American Idol was just debuting and Nokia was the hottest cellphone around—for the record, that was in 2002. Lincoln did show a Continental concept at auto shows that year, but it was never produced and the nameplate was officially on hiatus after all of the remaining production models were sold off. Boy, have times changed.

Whatever nostalgia you have for the vehicle will likely be shattered. Lincoln is attempting to take luxury to the next level, and by doing so has placed a premium on the interior. The first thing you notice about this Continental concept—which will likely be sold next year as a 2017 model—is the spacious back seat. This model featured two bucket seats; with a touch of a button, the passenger side seat reclines back and a footrest rises. In that same moment, the front passenger seat moves forward and folds to accommodate the recline. The concept also has a center console that features a beverage cooler and a touch-screen control that allows the passenger to program everything from the climate control to the entertainment system, although we’re not sure if the latter will be included in production models. The concept overall is high on chrome, leather, and special touches, but we’ll have to wait until 2017 to see what makes it to the market. 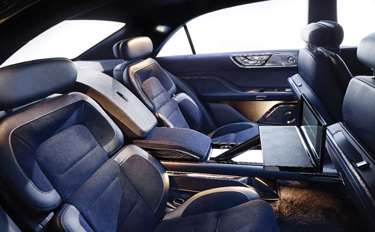 Unfortunately, there aren’t many details available on what the 2017 Continental will ultimately look and feel like, including engine size, overall length, and options. The concept is powered by a 3.0L EcoBoost engine, but it may change between now and production. We do know the split-wing grille that has been used for the last few model years will be phased out in favor of the Lincoln star chrome grille. A lot of importance has been placed on passenger comfort, which we saw with the MKT Town Car. This will also be Lincoln’s flagship full-size sedan.

“We put a lot of emphasis on a very large opening for this back seat because this has so much emphasis, not only in the U.S. but for our China market. It’s really important that we have a really spacious back seat,” said Mike Celentino, Lincoln’s chief program engineer, in the official press release. Could that mean that the Continental will be slated for our industry moving forward? No word yet, but it sounds like operators may be thrilled to have another option. The Continental name is huge in China, so expect this vehicle to be heavily marketed in Asia. 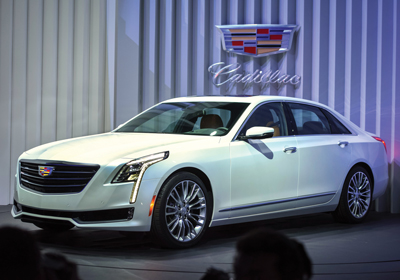 Cadillac CT6
If you’re hoping that the newest Cadillac in the lineup will be a take on concepts like Ciel or Elmiraj, forget about it because the CT6 is neither of those. Unlike the Continental, the details about the Cadillac CT6 are more clearly fleshed out and will be ready for production at the end of 2015 for North America (available to customers in early 2016). We know that it will be available in rear-wheel or all-wheel drive and in three different engine sizes: 2.0L I-4 turbocharged, 3.6L V-6, and the all-new 3.0L Twin Turbo with the greatest power estimated at 400 horsepower. Cadillac is also proud of the vehicle’s curb weight—expected to come in under 3,700 pounds, or just over 300 pounds less than the XTS—thanks to its new Omega architecture that renders the body stronger and lighter than previous models. The latest information is that the all-electric model, called the PHEV, will be available in North America possibly as early as next year. 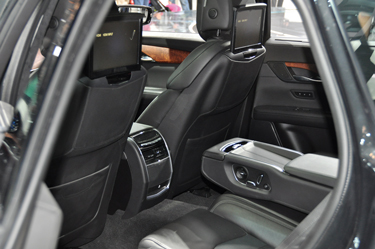 The CT6 resembles its smaller cousin the CTS, Cadillac’s midsize sedan, more than our industry’s XTS, especially in the grille and front end. While this is a full-size sedan, reports say that Cadillac has plans to go head to head (wheel to wheel?) with some of the European offerings like the S-Class from Mercedes-Benz and the 7-Series Li from BMW. What is unclear, however, is whether that will be through a second generation of the CT6 or with an entirely new sedan. Cadillac is also positioning itself to be attractive to the China market.

If you already own Cadillac vehicles, you know what to expect: CUE interface with a 360-degree camera view to reduce blind spots, Enhanced Night Vision that is based on a heat signature, a rearview camera displayed on the rearview mirror, and Magnetic Ride Control to soften or stiffen the ride with a push of the button. Cadillac wants this to be a fun performance vehicle—in a full-size sedan body—for the driver.

For the passengers in the rear, Cadillac has an available Articulating Rear Seat package that includes “3.3 inches of adjustable seat travel, lumbar adjustment, tilting cushions, massage feature, heating and cooling, and an armrest with media controls, including HDMI and USB ports.” The reported rear-seat leg room is 40.4 inches, which is about on par with the XTS. Specs on the rear head room were not available. All passengers, including the driver, can control their temperature through the Quadzone climate system. For infortainment, 10-inch screens will be available that retract into the front seatbacks.

“The CT6 is nothing less than an entirely new approach to premium luxury—and an approach that Cadillac can offer,” said Johan de Nysschen, president of Cadillac. “It is a bold endeavor with unmatched dynamism that reignites a passion for driving in large luxury vehicles. In short, it is prestige luxury reimagined.” [CD0515]